The Most Remarkable Aspect of the Unprecedented Lockdowns: The Widespread...

Brought to you by messaging relying on fear, shame, and peer pressure

The British public’s widespread compliance with lockdown restrictions and the subsequent vaccine rollout has been the most remarkable aspect of the coronavirus crisis.

The removal of our basic freedoms — in the form of lockdowns, travel bans and mandatory mask wearing — have been passively accepted by the large majority of people. Furthermore, the proportion of the general public expressing a willingness to accept the Covid-19 vaccines has been greater in the UK than almost anywhere else in the world. But has the government achieved this widespread conformity through the unethical use of covert psychological strategies — “nudges” — in their messaging campaign ?

A major contributor to the mass obedience of the British people is likely to have been the activities of government-employed psychologists working as part of the “Behavioural Insights Team” (BIT). The BIT was conceived in 2010 as “the world’s first government institution dedicated to the application of behavioural science to policy”. In collaboration with governments and other stakeholders, the team aspire to use behavioural insights to “improve people’s lives and communities”. Several members of BIT, together with other psychologists, currently sit on the Scientific Pandemic Insights Group on Behaviours (SPI-B), a subgroup of SAGE, which offers advice to the government about how to maximise the impact of its Covid-19 communications.

3 Likes
Der Fuehrer Picardo continues his evil antics remaining in Lockstep with the globalists evil agenda.
Freedom Gibraltar Protest (Nov 5)
UK admits to using “totalitarian” methods of “mind control” to instill fear
The Gibraltar COVID-19 Cohort: Determining the True Incidence and Severity Rate During an Outbreak
Gibraltar Face Masks Restrictions AGAIN
GSD: Unvaccinated People Have Rights
Children Become The Next Target For The Jab
UK Government Secretly Tracked Phones of Vaccinated to See if they 'Changed Behaviour'
There Is No Science Behind Continued Lockdowns – Lockdowns Have No Effect on Stopping Spread
Cruise Ship News
COVID Propaganda – Mass Hypnosis Exposed (by a Hypnotist)
Fully Vaccinated Couple Denied Chance To Meet Newborn
THE LAB LEAK PSYOP – There is no Coronavirus
FASCINATING: How an Entire Population Falls into Mass Psychosis
be1 April 14, 2021, 1:56am #2

@GibMessenger
Dr David Halpern stated they needed the approval of the "public" to engage in this (psychological warfare). They go on to suggest some practical ways of acquiring this consent, including the facilitation of “deliberative forums” where a representative sample of several hundred people are brought together for a day or more to explore an issue and reach a collective decision.

No one is ever aware of these behind the scene tactics used to carry out their diabolical agendas.

It reminds me of the local board meetings where they would be voting on an obscene law like placing a 5G pole smack in the middle of a residential area and school.

No one was ever aware of the "public" meetings leading up to this. As it turns out, the only ones invited to those meetings are from the telecom company, the lawyers, and a few from the town board salivating at the $$$ it will bring in.

It seems as though "The Public", are a select few in the know... yet still as blind as a bat.

Proudly Serving a One World Government: The Tavistock Institute of Human Relations in England

Proudly Serving a One World Government: The Tavistock Institute of Human...

Newsbud’s Kurt Nimmo created this video report, which I’ve transcribed below about how the shadowy Tavistock Institute in London has been instrumental in causing the US to enter World War I, the creation of the Federal Reserve Bank, the “free trade”...

Video and transcript included in link.

Tavistock’s “legacy of lies and manipulation in the name of war and a totalitarian world government is alive and well today. Every day, we are slammed with fake news, guiding us along a pre-arranged path, toward our ultimate enslavement and the prospect of never-ending war and conflict.”

The Tavistock Institute for Human Relations is included and instrumental in this collection of subversive organizations, however we rarely, if ever hear about its role in mass-brainwashing and shaping of public opinion.

Kurt Lewin - How Communists Brainwashed You 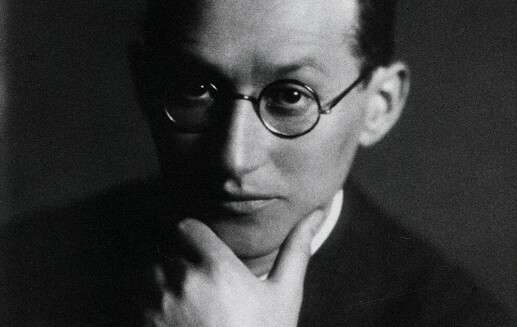 Russ Winter reveals that there is a network of “cultural warriors” numbering in the millions emanating from the Tavistock Institute in London. They infest government, education, psychology and health care, & are dedicated to brainwashing you.

The covid scam is the culmination of a long-term program of social engineering by the Masonic Jewish central bankers.

“We have already … possessed the minds of the goy communities. [They are] looking through the spectacles we are setting astride their noses.” Protocols of Zion 12

Cornerstone Article to the Reading of Winter Watch: The Tavistock Method of Brainwashing and Social Psychiatry

From 1930 to 1933, Kurt Lewin (1890-1947) studied psychology and sociology at the University of Frankfurt (aka The Frankfurt School) in Germany and became director of Tavistock Institute in 1932…

Lewin came to the U.S. in 1933 as one of Frankfurt school’s “Jewish refugees” — the first of many infiltrators — and set up the Harvard Psychology Clinic that originated the propaganda campaign to turn the American public against Germany and involve the U.S. in World War II.

In the period before the U.S.’ entrance into WWII, Roosevelt sent Gen. William Donovan to London for indoctrination before setting up the Office of Strategic Services (OSS), the precursor to the CIA.

The entire OSS program, as well as the CIA, has always followed Tavistock guidelines

Toward the end of the war, Tavistock personnel took over the World Federation of Mental Health. Other collaborators were the Stanford Research Institute, Rand, and the Institute for Social Relations. William Langer, head of Harvard’s History Dept was instrumental in infesting this cadre into academia.

By war’s end, the combined influence of Tavistock and of the former Frankfurt School operatives, had created a cadre of “psychological shock troops” and “cultural warriors” numbering in the several thousands. Today, that network numbers in the several millions around the world. You should take note that key people are put into influential positions, and a public-private overlay prevails in this system.

The Protocols of the Elders of Zion

Masses are Complicit in their Own Demise 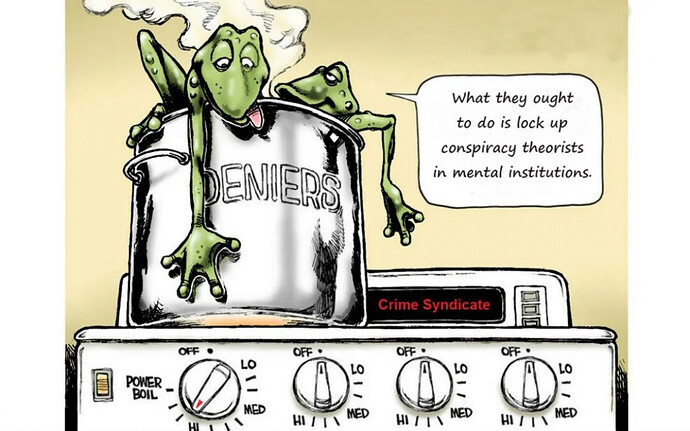 Mike Stone — Masses are Complicit in their Own Demise | The Truthseeker

There’s no sense of urgency among Americans and the British. No one seems to grasp what’s really going on.

“Americans and the British are not only oblivious to their own destruction, they’re actually complicit in it. That’s the irony. The entire hoax would stop instantly if everyone just took off their mask. But they won’t do it. They’d rather submit to slavery, lose limbs to amputation or lose their lives from blood clots, they’d rather condemn their souls to hell, than face reality.”