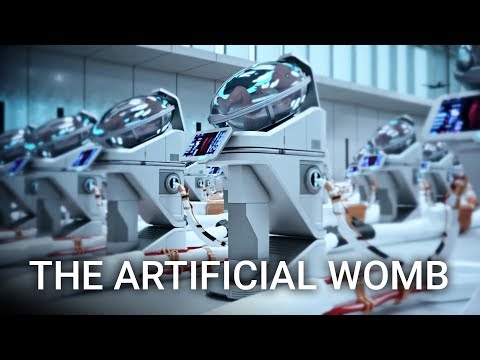 A “synthetic womb” is what is lately on the agenda of tech billionaires around the globe as they seek out a ways to set aside natural birth entirely. A look into a mind of these individuals do reveal quite curious stances.

Possibility of replacing natural birth with synthetic wombs is a matter of discussion among several prominent tech entrepreneurs arguing that such technology would remove the “burden” of pregnancy and allow women to work more.

Tesla and SpaceX CEO Elon Musk’s fellow tech leaders came up with one solution for declining birth rates, after Muskwarned on Tuesday that society “should be much more worried about population collapse.”

“We should be investing in technology that makes having kids much faster/easier/cheaper/more accessible… Synthetic wombs, etc,” proposed Sahil Lavingia, the founder of digital product trading platform Gumroad.

Co-founder of cryptocurrency Ethereum, Vitalik Buterin agreed, arguing that if the “burden of pregnancy” was replaced with synthetic wombs, then women would be able to continue working.

A "synthetic womb" is what is lately on the agenda of tech billionaires around the globe as they seek out a ways to set aside natural birth entirely. A look into a mind of these individuals do reveal quite curious stances 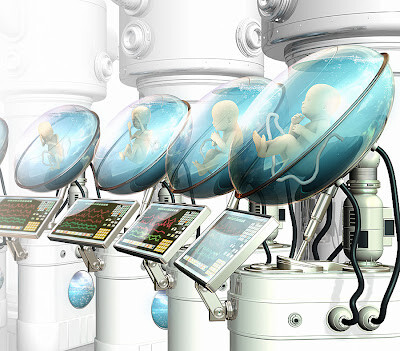 This disgusting new practice is even supported by Catholics - ‘Incubator Tech’: The Brave New World of Babies| National Catholic Register

Surprisingly this in an excerpt from the article: "Artificial wombs that can gestate babies — or clones of babies — are the only missing technology in the fictional Brave New World dystopia described by author Aldous Huxley."

Huxley's book wasn't a warning, it was a plan:

Brave New World starts off with a tour of a new kind of factory that produces human babies through methods of mass production. Natural birth has been completely eliminated in civilized countries. There is no pregnancy in Brave New World, but there is a Pregnancy Substitute.

What an awful BigPharma-Technological world they want to build.

Ectogenesis Is Close to Growing Babies in Labs

Discussion of the merits of ectogenesis began long ago, in the 1920s. And it was not to save preemies.

In 1923 J.B.S. Haldane, an English biologist who was among the first to propose in vitro fertilization, predicted that it would revolutionize society. It would free women from the tyranny of reproduction and pregnancy. “With the fundamentals of ectogenesis in his brain,” he wrote, “the biologist is the possessor of knowledge that is going to revolutionize human life.”

The author of Brave New World , Aldous Huxley, almost certainly had Haldane’s ideas in mind when he described a world in which sex and love and reproduction were entirely separate. Babies are created in “hatcheries” and given a social and intellectual caste.

Like other speculations linked to genetics, ectogenesis became unpopular after the horrors of Nazi medical experimentation. People could see the dangers of raising babies in artificial wombs.

However, Shulamith Firestone, in her 1970 book The Dialectic of Sex, revived the feminist element in Haldane’s vision of ectogenesis. She argued that the only way men and women would ever be equally powerful was to outsource pregnancy to “cybernetic machines." 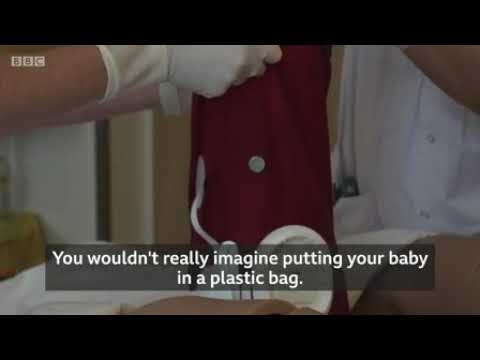 This is interesting that the GBC is "investigating" and they reported the facts and gave Picardo and Hassan's the opportunity to respond. This case is rearly its ulgy head again, but this isn't the first time Picardo defended his involvement with Geither: From 2018 - Some more background from 2020 - We might need to be cautious of the GBC's report, because they often side with the GSLP and Picardo (trial by media), whilst seeming to be unbiased. Time will tell if GBC is stepping up to…

It is all so sinister. Have "they" taken into account the effects on the baby lacking the natural nutrients and immunity to disease from a healthy maternal body and the bodily interactions?

It looks like an offshoot from human body cloning that is being utilized among the populace.
Tech such as this has gone too far and requires ethical counsel and guidance to go further.

All this so-called science is just another example of man listening to Satan, and believing he can be a god, just like Eve did in the garden.

Genesis 3:3 But of the fruit of the tree which [is] in the midst of the garden, God hath said, Ye shall not eat of it, neither shall ye touch it (the tree of the knowledge of evil - the devil), lest ye die.
Genesis 3:5 For God doth know that in the day ye eat thereof, then your eyes shall be opened, and ye shall be as gods, knowing good and evil.

Enoch 31:3 Their fragrance was agreeable and powerful, and their appearance both varied and elegant. The "tree of knowledge" (science - 1 Tim. 5:20) also was there, of which if anyone eats, he becomes endowed with vast (worldly-satanic) wisdom.

This practice of growing babies in a lab is an example of worldly-satanic knowledge – and accepting it is the same as rejecting what we were told by God.

And these evil partakers try to play God and circumvent the reason God make females the ones to bear offspring or the try Spiritual lessons that come from that experience, as outlined in The Way home or face The Fire.

But again, the Synogogue of Satan has stepped up its game to blur the lines into what is male and female, equating the female body with a male's and so on (Sodom and Gomorrah, all over again).

In fact, at this point, it is quite ridiculous. The movies and TV shows have cast women in traditional male roles: women are protrayed smarter than men (the tech-experts); with most shows now have a female lead or two. This isn't anything compared to the portrayal of a woman, who weights 50 kilos or 100 pounds, taking on and defeating five trained muscular soldiers. This so void of reality, but its what the evil synogogue controlling Hollyweird want us to believe and mimick.

Possibility of replacing natural birth with synthetic wombs is a matter of discussion among several prominent tech entrepreneurs arguing that such technology would remove the “burden” of pregnancy and allow women to work more.

Such reasoning or excuses for this nefarious invention is rubbish. It is for the transhumanism agenda and has nothing to do with replenishing the earth or relieving women of the burden of childbirth. It is another way to separate men and women even further and destroy the balance with the two working together and helping one another grow spiritually. Satan strives to divide and conquer. Satan is very good at division and humans are good at falling for his trickery too.

A supreme authority there must be to maintain order. When the unity of man and woman was obedient to the "I AM", there was peace on Earth, the ultimate authority resting on the One Source.

But in discord between man and woman and between that unit in separation from the "I AM", restoration of law and order must be movement from the Godhead to the creatures. So the demonstration of this is set up by the "I AM" proclaiming that in the first being (man) remains Authority, whether in Divine Presence or degraded, sinful humanity.

Obedience then to Divine Law is the means whereby the man and woman recover their contact with the "I AM", and is also the means of bringing peace between themselves. Thus unity, harmony and peace are again shown to be in obedience to Divine Authority. THIS IS A GREAT MYSTERY

They want control of births and deaths:

Once introduced, how long will it take THEM to legislate that certain people must be put to death - and this is "tech" way of doing that.

Thank you for sharing. THEY make "it" look cool and so appealing.

There is no way oxygen starvation can be comfortable, no matter how it looks.

Those who partake are involved in murder, and those who choose this as an option, (suicide) lose their souls.

So sinister! Mandates (vax, mask, etc.) remove freewill to live a healthy life, while these pods provide the freewill to choose death. Unbelievable. Similar assisted-suicide was portrayed in the movie Soylent Green.

Who needs aborted babies for organ and tissue harvesting when you can just create an unlimited amount of embryonic human life in a petri dish? This is what an Israeli firm called Renewal Bio is reportedly now doing.

Piggy-backing off a similar concept that was unveiled by a research team at the University of Cambridge, researchers at Renewal Bio say they are currently in the process of developing human embryos from stem cells using “artificial womb technology.”

According to reports, these stem cells already produce beating hearts, intestinal tracts, and even brains, meaning they are human. But they skip the process of having to go into a woman’s womb and tear an actual baby limb from limb in order to extract the desired body parts. (Related: Remember when the University of Pittsburgh was caught harvesting the organs of live babies?)

Renewal Bio says the goal of the project is to create a steady supply of human baby tissue for organ transplants and other “anti-aging procedures,” to quote CBN News .

“These people are creating human beings in a petri dish,” 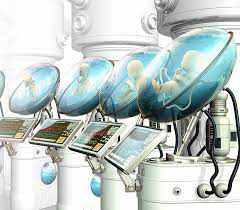 By recreating the process using a petri dish rather than a womb, Renewal Bio scientists are playing God , which begs the question: are we really okay with allowing this ?

Has the world become so desensitized to evil that we simply turn a blind eye to the latest news about the quest by the globalists for immortality? Are we really going to allow these vampires to keep destroying and exploiting human life as they pursue living forever via the blood and body parts of innocent human life?