Stanley Plotkin has been hugely influential on global vaccination practice and policy during his long vaccine industry-funded career. 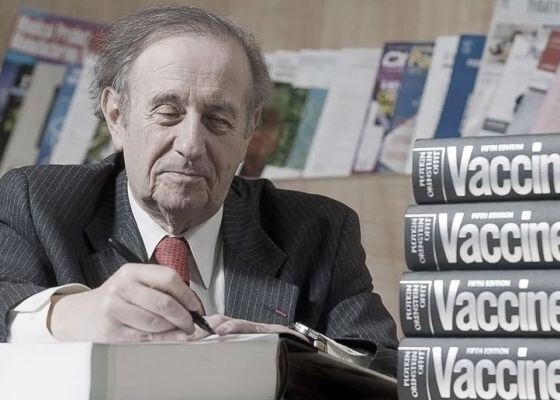 He is widely known for his research and development work on the rubella vaccine; but has worked on vaccines for anthrax, polio, rabies and rotavirus. Plotkin still enjoys the spotlight as an author for Vaccines Today, adjunct professor for Johns Hopkins Bloomberg School of Public Health, and paid consultant for many vaccine companies like Sanofi Pasteur, GlaxoSmithKline, Merck, Pfizer, Inovio Pharmaceuticals, Variations Bio, Takeda Pharmaceutical Company, Dynavax Technologies, Serum Institute of India, CureVac, Valneva SE, Hookipa Pharma, and NTxBio.

Plotkin’s book Vaccines, now in its 7th edition is a reference book in the medical industry. Bill Gates called it, “a bible for vaccinologists”. Although of supposed-Jewish-descent, self-proclaimed atheist Plotkin, says he hopes it more accurate than The Bible.

While it really isn’t a surprise that he is a consultant for pharmaceutical companies on Covid19 vaccine development, what he said during a 2018 video-taped deposition involving vaccine ingredients and experiments will SHOCK you.

If this link doesn't work, the video is also on Brighteon and Bitchute.

The above 7.5-minute video is only a segment of a 9-hour testimony. The transcript of the above portion is available online; and the full transcript is available as a PDF. Other segments are also readily available online, with The Highwire devoting special segments on his deposition. Plotkin volunteered to be an expert witness on a custody court case in Michigan US, as described on The Highwire’s EXPOSED: World Renowned Vaccine Scientist’s Shocking Legal Deposition Now Public.

Here’s the kicker (as per The Highwire article):

While popular pro-vaccine zealots and vaccine risk deniers have locked arms in their refusal to publicly debate the many issues underlying current vaccine schedules, Dr. Plotkin’s 9-hour testimony now serves as perhaps the most damning admissions against the purported ‘settled science’ of vaccines, their safety and some of their most troubling ingredients.

After the deposition, he recused himself from being an expert witness.

Just a side note: In his work, Plotkin admitted to using 76 fetuses (hearts, lungs, etc) to make vaccines. As an atheist, it’s no surprise that he said in the deposition he did not believe someone could have a valid religious objection to refusing a vaccine.

Makes one wonder how many atheists, Anti-God, and Luciferians so-called scientific experts are in positions of power to ride rough shod on Christians, Muslims and Jews, because vaccine ingredients run contrary to their beliefs; not to mention the fact that vaccines are witchcraft/sorcery prohibited by God’s Law.

Religious freedom must be upheld, or else the Western World becomes just like Communist China horrifically culling their Uighur Muslims. For far too long these senior scientists have been given free rein on publication of their so-called science, while opposing voices continue to be banned. We are fast headed to the Nazification of Medicine, forgetting it is against the Nuremberg Code.

The Nazi-minded elites' ideology is creeping back into society in the guise of health and humanity. If you think the Nazi-style experiments don’t happen today, think again. 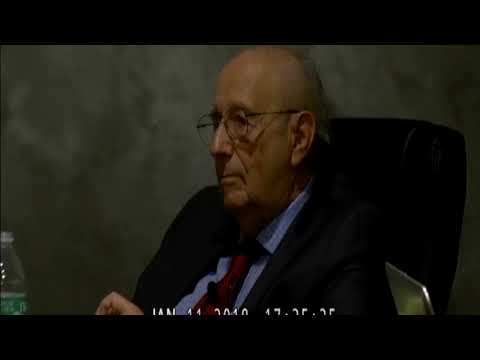 He is asked if he has ever used orphans to study experimental vaccines? Plotkin admits to writing this:

“The question is whether we are to have experiments performed on fully functioning adults and on children who are potentially contributors to society or to perform initial studies in children and adults who are human in form but not in social potential.”

How are they getting away with essentially nullifying the Nuremberg Code? Supposed-good men do nothing, while the political elite pass evil legislation.

Speaking of Dr. Plotkin, he is quoted in this revealing 2017 article: 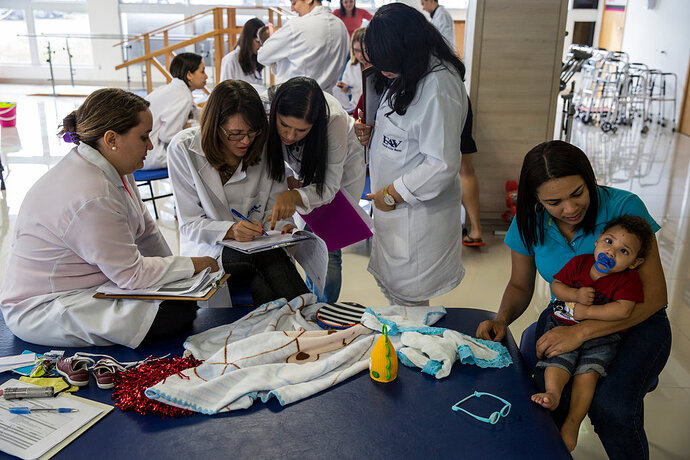 Japan, Norway and two foundations have pledged money to devise a strategy to speed up the international response to viral threats.

The Coalition for Epidemic Preparedness Innovations was set up to develop and stockpile vaccines against three known viral threats, and also push the development of technology to brew large amounts of vaccine quickly when new threats, like the Zika virus, arise.

The coalition wanted a military-type campaign, with stores of ammunition and different weapons systems ready to be deployed as soon as a threat emerges.

In theory, health officials could even act pre-emptively — inoculating a population against a dangerous new flu or CORONAVIRUS circulating in animals before it infects many people, for example.

“We’ll have to make sure we do better than we did against Ebola,” said Bill Gates; with his foundation being one of the largest initial donors. The other donors include the governments of Japan and Norway, and Britain’s Wellcome Trust. Each is putting up $100 million to $125 million over five years; Germany, India and the European Commission are expected to announce donations soon.

Six major vaccine makers — GlaxoSmithKline, Johnson & Johnson, Merck, Pfizer, Sanofi and Takeda — joined in the coalition as “partners” rather than donors, as did the World Health Organization and Doctors Without Borders.

Dr. Stanley A. Plotkin, a longtime vaccine researcher and scientific adviser to the new coalition, said members debated which of 10 diseases to target first and picked three because “taking a vaccine from soup to nuts costs at least half a billion dollars"

"Even if the United States is not now a donor, he said, it already supports vast amounts of vaccine research through its bioterrorism budget, so I hope they’ll supplement the coalition’s work with theirs,” he said.

One of the coalition’s goals was improving the latest DNA and RNA vaccine technology, which seems like the best hope to make a true “plug and play” vaccine platform, which involves injecting a virus’s genes to provoke the immune system to make both antibodies and white blood cells primed to attack the virus.

But RNA and DNA can break down, or fail to penetrate cell membranes or to trigger protein-coding. So various “platforms” are being tried, such as folding them into larger shapes or chemically gluing them onto microscopic beads.

“We have not sorted out all the intellectual property problems yet, but I’m confident we can,” said Dr. Jeremy Farrar, director of the Wellcome Trust.

On the liability issue, Dr. Farrar added, the coalition likes an American model — the National Vaccine Injury Compensation Program, under which vaccine makers cannot be sued but must contribute to a fund that compensates anyone hurt by a vaccine.

Andrew P. Witty, chairman of GlaxoSmithKline, or GSK, who joined the Davos announcement, said the industry preferred protection like that of the United States’ 2005 Public Readiness and Emergency Preparedness Act, which exempts vaccine makers from all liability — except for willful misconduct — once the secretary of health and human services declares a public health emergency.

The United Nations or W.H.O. will have to help protect the industry, Mr. Witty said.

By The Way - These globalists have more pandemics planned, more lockdowns, more restrictions and mandates.

And the WHO is protecting them.

Read the article linked above for more details.

:gibraltar: Gibraltar hypes Moderna Covid Vaccine. What about the risks?