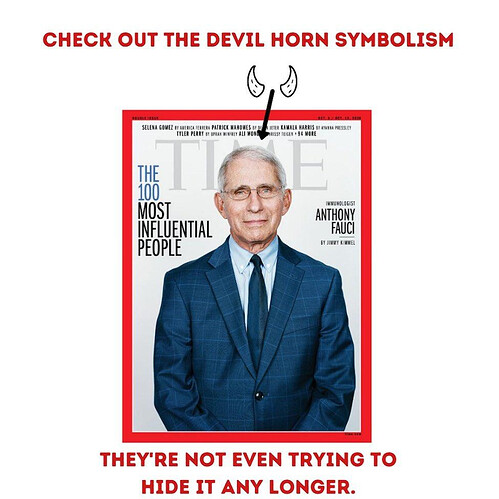 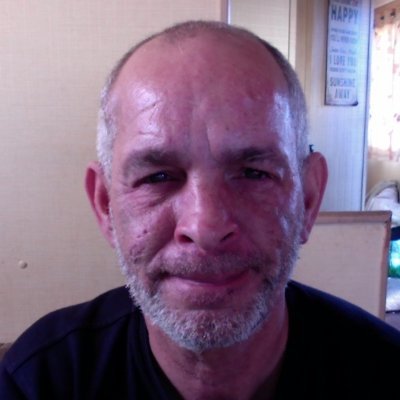 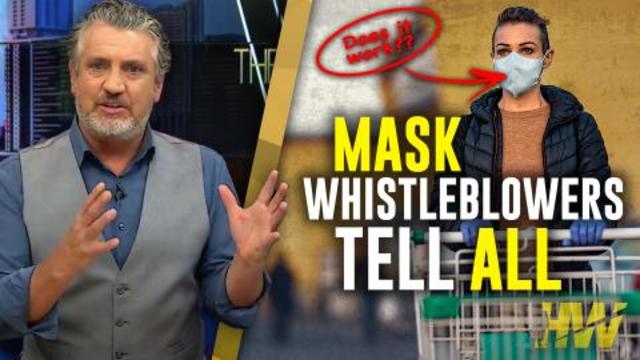 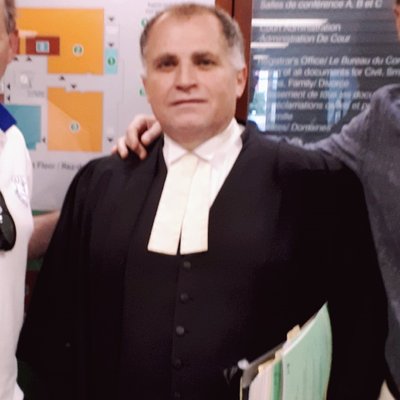 America: Land of the drunk, home of the slave…

We, as a nation have fallen so far…

So true! Overflowing with thankfulness.

Dear @GodTaughtMeHow @NancyDrewberry Agreed. Absolutely giving thanks to Father and the Lord for Their Love gently Guidance.

My apologies if this point has already been made. It seems to me the Satanic “germ theory” fraud can be pointed out scripturally: sickness and death came into the world through sin (including fear). Yet no man shall pay for the sins of another (Deuteronomy 24:16 The fathers shall not be put to death for the children, neither shall the children be put to death for the fathers: every man shall be put to death for his own sin.) Thus, it goes against the Bible/Father/Truth/Sanity to believe that deadly viruses can spread disease/death among healthy cells/healthy people. It is a disempowering, fear-based fraud; yet easier for many to believe than to hold themselves accountable for their sin and the sickness it causes.

We are at an extremely dangerous point in human history where a section of society risks being completely ostracised. https://t.co/9M7B7fwUU0
3 Likes
unruffled November 1, 2020, 10:27pm #160 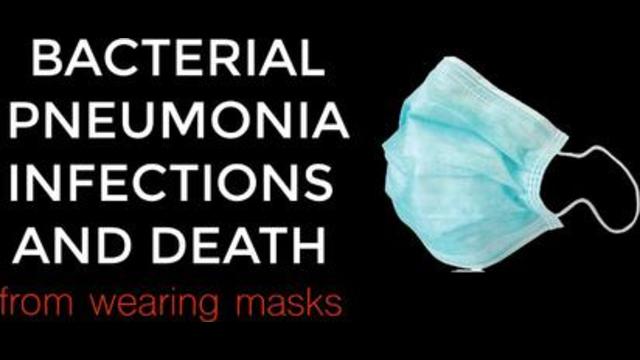 In 2008, Dr. Antony Fauci co-wrote a paper with two colleagues explaining that influenza was not the predominant cause of death during the 1918 flu pandemic. This video will show you what he wrote, and that the cause of a rise in infections among ma…

There is increasing evidence that cloth masks not only may be ineffective against stopping corona virus transmission, but that they may actually increase the spread of the virus, as well as worsening other health conditions.
A September report by the CDC found that more than 70 percent of COVID-positive patients contracted the virus in spite of faithful mask wearing while in public. Moreover, 14 percent of the patients who said they “often” wore masks were also infected. Meanwhile, just four percent of the COVID-positive patients said they “never” wore masks in the 14 days before the onset of their illness.

Likewise, the CDC’s October journal report references a 2015 study on cloth mask efficacy that found that rates of infection were “consistently higher” among those in the cloth mask group versus that of the medical mask and control groups. The authors of the study suggested it was likely that the cloth masks were problematic because they retained moisture and had poor filtration.

The CDC writes of that study, “This finding suggest that risk for infection was higher for those wearing cloth masks.” 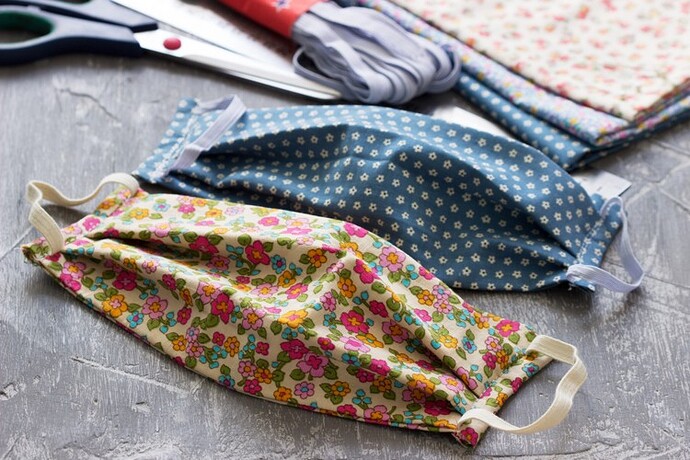 The CDC suggests what experts have stated all along: There is no conclusive evidence that cloth masks protects users from coronavirus. ... 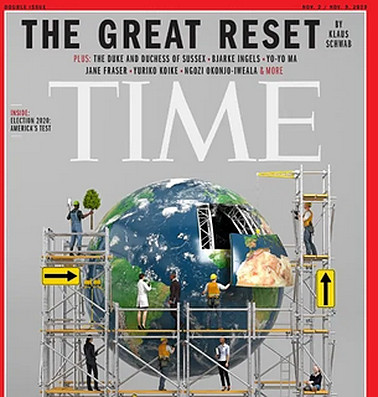 The Great Reset: the final step to the New World Order - The Eye of the Needle

However, this constant increase of cases would be functional to get to the next phase of the coronavirus operation.

In the month of December, there will be complete lockdowns much more severe than those of November.

In 2021, the whistleblower writes that the élite will give the green light to the third phase of the Covid crisis.

The virus will mutate in a new more lethal and contagious version, namely Covid-21.

In this phase which will last until the spring of the New Year, the health system will collapse due to the massive hospitalizations.

Travel bans will be enforced in a way even more severe than the ones practiced in the spring of 2020.

At this point, the new lockdown will cause a wave of bankruptcies ever seen.

The block of the production and mass unemployment will lead the world toward a probable famine.

Massive chaos and riots will spread all around the globe, and in this phase, according to the élite plan, the military will appear on the stage.

Martial law will be the only way to protect the health dictatorships established in every corner of the globe.

At this time, the system will offer the masses the universal income option.

Work, as it was historically known in the capitalistic society, will basically disappear.

The total lockdowns would inevitably trigger the collapse of the world economy and the biggest economic crisis in the history of mankind will ensue.

This huge economic depression has a precise goal, namely the complete deindustrialization of Europe and the Western world in order to create a two classes society, composed of a tiny élite and by a multitude of poors.

In this society, the middle class would disappear as the middle and small enterprises which would follow the same path.

The big corporations would have complete control of the market. That is exactly the aim conceived by the Club of Rome, a very influential globalist club founded and funded by David Rockefeller, in its book “The limits of growth” published in 1972.

Once the system would have got ridden of the work, the masses would have no other option to accept the pittance of the government in order to survive.

In Italy, the main sponsor of this proposal is, not by chance, the Five Stars Movement, a political movement conceived by the Anglo-Saxon finance and by the deep state of Washington.

The same founder of this movement, Beppe Grillo, announced that in the future there will be no room for the work.

However, the basic income will not be given to anyone. The plan wants the different countries of the world to accept a loan plan issued by the IMF.

Lukashenko, the president of Belarus, exposed the corruptions attempts made by the same IMF toward his government in order to convince the latter to receive almost 1 billion dollars in exchange for the enforcement of a national lockdown.

This time, the IMF would issue a plan of loans to different countries of the world which most likely would deprive the governments of the control of the key national resources.

John Perkins, a former financial speculator who worked for several big corporations, explained how the goal of the IMF is indeed this one.

The IMF would flood the nations with debts which cannot be possibly repaid in order to allow the major international firms to buy the strategic national assets at cheap prices.

Therefore, the coronavirus operation would literally lead to several major privatizations in many countries around the world.

The big multinationals would have complete control. Once the nations will accept the noose of the IMF loans, and most likely of the EMS in the EU, the system then will offer the “Great Reset of private debts.”

The governments would say to the people that in order to receive the basic income and the “forgiveness” of their debts, i.e. loans or mortgages, they will have to renounce to own their personal goods.

Globalism, in other words, wants the end of private property.

The revelations made by the Canadian informer perfectly match what was already announced by the Forum of Davos which launched an initiative called “The Great Reset” in which it is described a future wherein people will no longer own personal goods.

The same Bergoglio, who became a sort of false prophet of the New World Order, has clearly stressed in his last encyclical “Fratelli tutti” that in the open society, a term created by the ultra globalist George Soros, the private property could no longer exist.

Those who refuse the vaccine will be deported into isolation camps

Thank you for posting this. How will we refuse the vaccine but avoid being deported into isolation camps, please?

Will the higher death rates in the second wave be accomplished with the vax and 5G, and/or just making up the numbers (to then mandate the shot thereafter)? Anything else to be aware of that they might throw in there to get the death rate up, please?

The surest way to avoid the vaccine and the isolation camps is to work on one’s spiritual hearing, so Father can tell you exactly where to be and what to do, in the moment.

With regard to the potential for higher death rates during the second lock-down period, t.h.e.y. could accomplish that through flu vaccines, PCR tests, 5G (as you’ve stated), famine and war.

We also haven’t yet seen how the cumulative effects of prolonged mask wearing will effect people over time.