The flu shot is the Number 1 vaccine causing injury in the US by far. Talks about the payout of injuries, which has passed the 1 billion payoff mark.

The flu shot is causing a lot of problems, associated with upticks in other diseases. 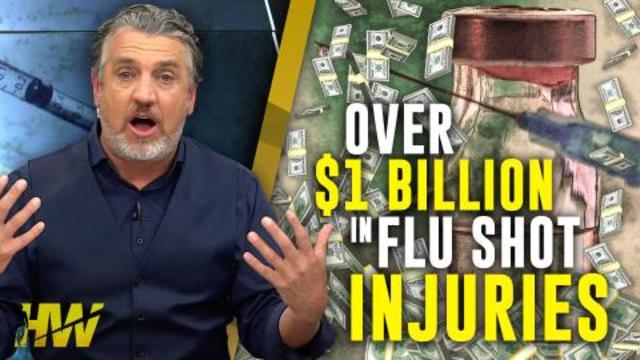 OVER $1 BILLION IN FLU SHOT INJURIES

OVER $1 BILLION IN FLU SHOT INJURIES Wayne Rohde, investigative researcher & author of “The Vaccine Court,” joins Del to discuss how the flu shot fares in vaccine injury court. The flu shot has now passed over one billion dollars in pay outs in...

Del brings up this site: I Can Decide Org

Before you get a flu shot, you might read the information on this site:

Informed Consent Action Network ICAN is a non profit organization focused on the scientific integrity of vaccines and pharmaceutical Industry.

This means Gibraltarians, given the flu jab campaign for The Rock:

Could your own be selling you out?

Take this for example, “It turns out that, out of the 34 members, 32 were directly funded and has an on going financial relationship with The Bill and Melinda Gates Foundation.”

The Gibraltar Establishment wants you to take the jab. 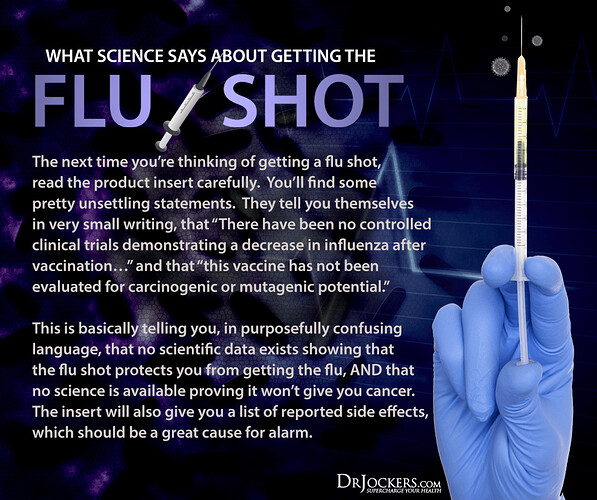 For more see: Should You Get a Flu Shot? 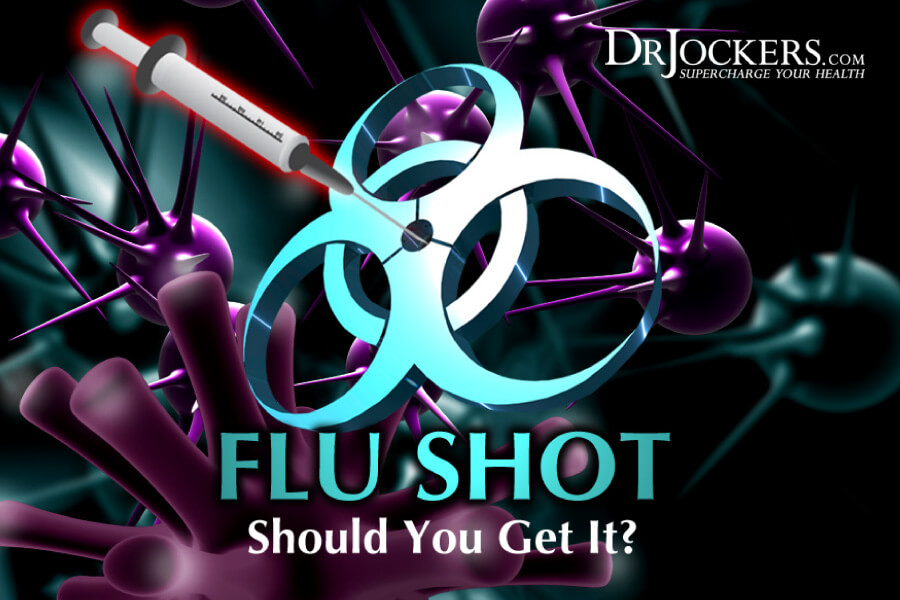 Should You Get a Flu Shot This Season? - DrJockers.com

Should You Get a Flu Shot? Dr. Jockers discusses whether or not you should decide to get your local flu shot in this article.

Learn The Risk is a US-based non-profit organization and a powerful force for educating people WORLDWIDE on the dangers of pharmaceutical products, including vaccines and unnecessary medical treatments — that are literally killing us.

Read also this report by Dr. Jim Meehan. He outlines 15 reasons why the flu shot is bad medicine:

“The Cochrane meta-analysis of 90 plus research studies conclude that the flu vaccine is neither effective nor recommended,” he also wrote. 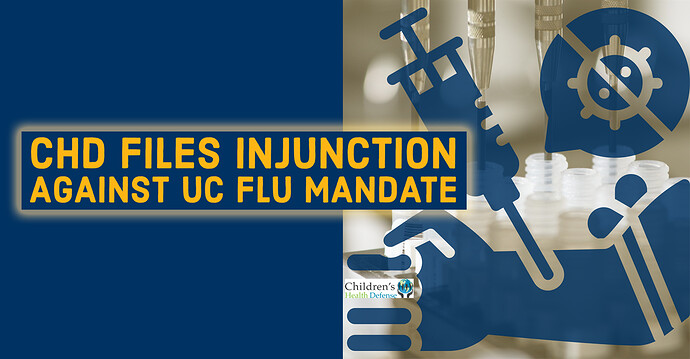 Hearing is set for October 14th at 1:30 p.m. Update by Rick Jaffe, Esq. Today we filed a motion for a preliminary injunction to stop the enforcement of

One thing all of our experts agree is that mandating the flu vaccine is a poor public health policy might cause much more harm than good, and most importantly, it is not justified by the best and overwhelming scientific evidence.

Peter Gotzsche ­– “the use of the case-controlled studies used to justify the mandatory shot are ‘notoriously unreliable’ and their use as a justification is ‘scientific misconduct’.”

Tom Jefferson MD (University of Oxford) – “The CDC is overselling the flu vaccine and it isn’t nearly as effective or safe as the CDC and other government agencies proclaim.”

“A study of US military personnel confirms that those who received an influenza vaccine had an increased susceptibility to coronavirus infection.”

European Union numbers show a correlation between influenza vaccine and coronavirus deaths. The countries with highest death rates (Belgium, Spain, Italy, UK, France, Netherlands, Sweden, Ireland and USA) had all vaccinated at least half of their elderly population against influenza. 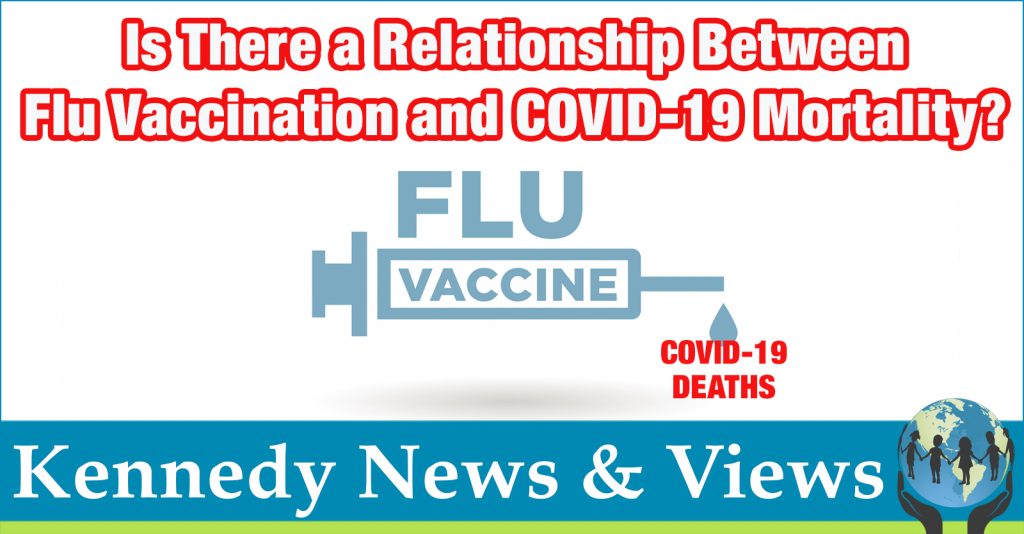 Is There a Relationship Between Influenza Vaccination and COVID-19 Mortality?...

Given the known risks of disease enhancement associated with a coronavirus vaccine, the relationship between influenza vaccination and COVID-19 mortality ought to be seriously examined.

More Dangerous Than a Flu? Dangers of Flu Shot | BeWellBuzz

Each year doctors & health practitioners recommend getting the flu shot, but no one ever discusses the possible dangers of the flu shot. Find out more here. 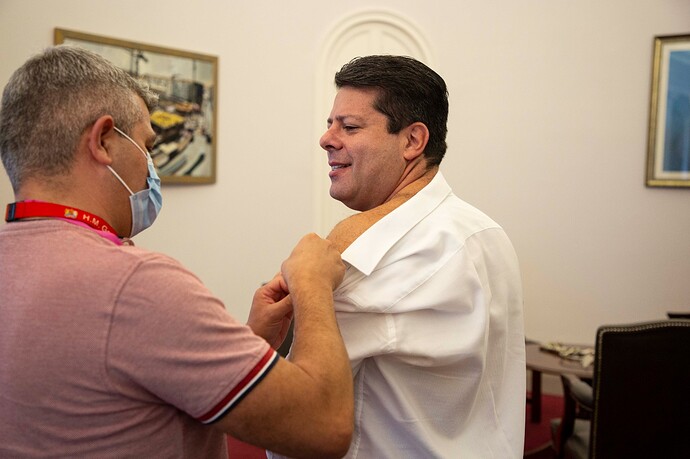 They’re already nuts for leading Gibraltar in Lockstep with the other globalists.

How Scientists Use Statistical Deception to Fake Influenza Vaccine Effectiveness 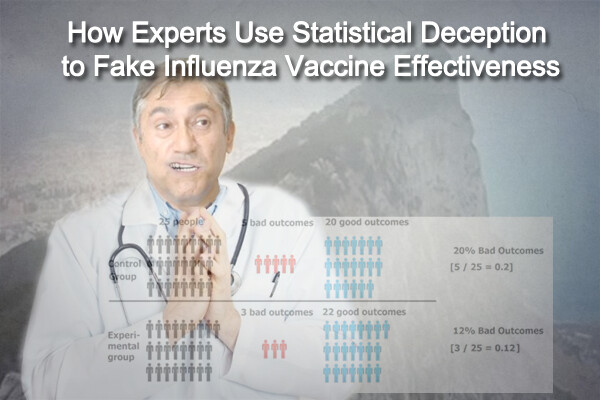 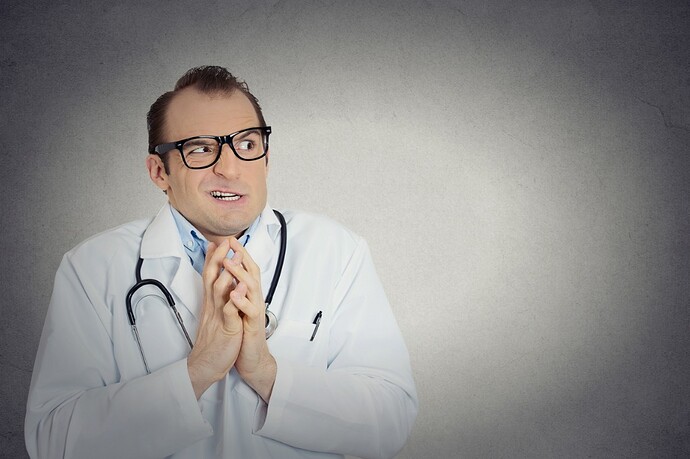 Your Child. Your Choice.

Are vaccines right for your child? Go to VacTruth.com and instantly download free life-saving information.

This article from VacTruth (linked above box) simply shows how so-called scientists and so-called experts manipulate numbers to give a false misrepresentation of the data.

You only need basic maths skills (addition, subtraction, multiplication and division) to understand how they do it; or to comprehend the layman’s step-by-step process described in the article.

“One can plainly see that vaccine effectiveness – frequently touted by mainstream media sources and governmental health agencies – are exceptionally deceptive. Why? Because they are derived from relative risks rather than absolute risks.”

Dr. Death Bhatti and his advice:

Take a look back at history. What was Bhatti’s ADVICE during the Swine Flu scare?

DECEMBER 2010 - “I would encourage everyone ‘at risk’ to have their flu jab. Protection far outweighs any perceived risks.”

DRAW LINES BETWEEN THESE DOTS:

As the 31st UK death was announced, it was revealed that GlaxoSmithKline has already secured a Government order for 60 million doses of the vaccine, making a massive £300million.

Flu Hype and health authority officials propaganda to “get jabbed”

In 2011 and 2012 several European countries were investigating the claim that people were suffering from narcolepsy resulting from the swine flu vaccine manufactured by GlaxoSmithKline. Finland, among

So, think twice about listening to a drug-pusher like Bhatti:

Because the “preceived risk” for the 800 children in Sweden and elsewhere in Europe who developed narcolepsy, an incurable sleep disorder, after being immunised with the Pandemrix H1N1 swine flu vaccine made by British drug maker GlaxoSmithKline in 2009.

Health Impact News Editor Comments: Back in 2011 we reported that the government of Finland and major insurance companies were compensating families with children that suffered from narcolepsy after

Ask yourself, who does Bhatti really advocate for?

In the late summer of 2009, the Swine Flu epidemic was hyped to the sky by the CDC [and the World Health Organization]. The problem was, the CDC was concealing a scandal.

We discovered through our FOI efforts that before the CDC mysteriously stopped counting Swine Flu cases, they had learned that almost none of the cases they had counted as Swine Flu was, in fact, Swine Flu or any sort of flu at all!