Caterers ‘in trouble’ after ‘worst Christmas ever’ 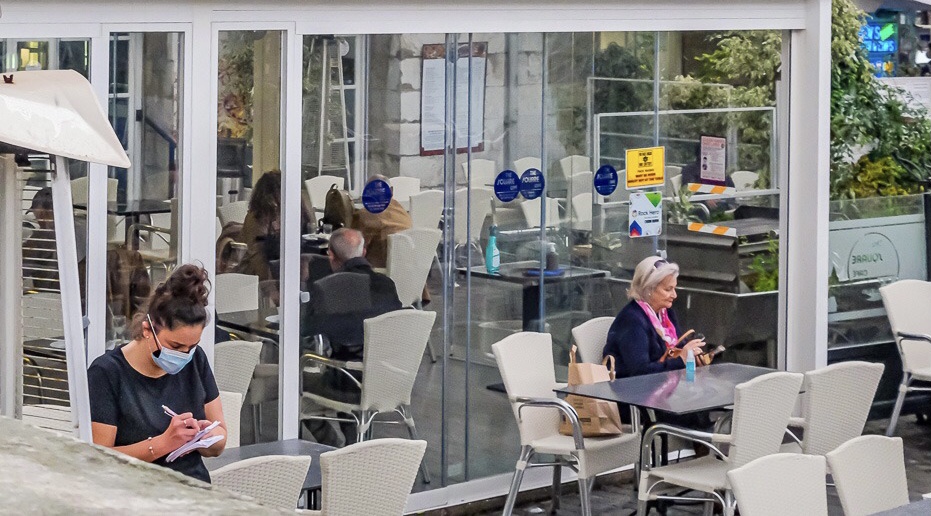 Caterers ‘in trouble’ after ‘worst Christmas ever’

The Gibraltar Catering Association said members had reported “a disastrous Christmas,” with bookings down around 50% on average compared to normal years. The GCA said the main reason cited by customers was the advice from the Gibraltar Governm...

The Gibraltar Catering Association said members had reported “a disastrous Christmas,” with bookings down around 50% on average compared to normal years.

The GCA said the main reason cited by customers was the advice from the Gibraltar Government and Public Health advising patrons to 'avoid Christmas parties and gatherings.’

“As soon as the announcement was made group bookings cancelled reservations en masse for key Christmas dates,” the GCA said in a statement.

“This downfall in trade has compounded a terrible couple of years for bars and restaurants which has included lock downs, stringent public health measures for venues and a decimated summer trade due to international restrictions.”

“Many businesses have been in survival mode for far too long with many owners not drawing a wage and running at a loss whilst their debt mountain rises, it is quickly becoming an unsustainable business model for a growing number [of] industry partners.”

“The industry is in trouble and would like to reach out to the Government for dialogue with a view to mirroring the UK Government’s willingness to assist the hospitality sector needs.”

“Help needs to come quickly as closures are highly likely given hospitality is entering low season with well below average Christmas takings to survive the difficult winter months.”

Wonder if this is "lockdown by stealth" for the hospitality industry in Gibraltar, as discussed in the Unity article about the UK -

A live music sector chief executive has accused the Government of imposing a “lockdown by stealth” which is pushing the industry “to the edge”.

“We are now facing a crippling blow as individual venues scramble to cover the spiralling costs of Covid-related cancellations, which will inevitably result in permanent closures.

The prime minister said he was not telling the public to cancel events, but urging them to exercise “caution”.

The PM’s spokesman denied Number 10 was sending out mixed messages about socialising over Christmas...

{And guess what Booster Boris said?}

“But we’re not saying that we want to cancel stuff, we’re not locking stuff down, and the fastest route back to normality is to get boosted.”

The government of Gibraltar recently announced that “official Christmas parties, official receptions and similar gatherings” have been canceled, and advised the public to avoid social events and parties for the next four weeks. Outdoor spaces are recommended over indoor ones, touching and hugging is discouraged, and mask wearing is advised.

The GCA said the main reason cited by customers was the advice from the Gibraltar Government and Public Health advising patrons to 'avoid Christmas parties and gatherings.’

Yeah, it looks to be a stealth move. 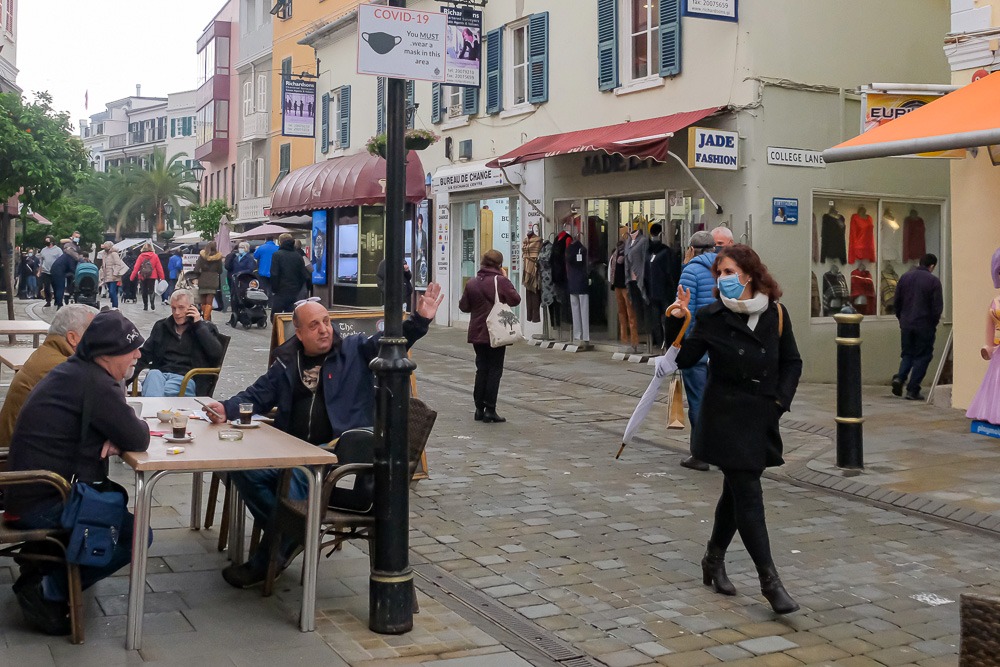 Bars and restaurants in Gibraltar reported nearly 6,000 cancellations this Christmas period, the Gibraltar Catering Association said on Tuesday, as it questioned the Gibraltar Government’s view that the hospitality sector “is busy” despite Covi...

Bars and restaurants in Gibraltar reported nearly 6,000 cancellations this Christmas period, the Gibraltar Catering Association said on Tuesday, as it questioned the Gibraltar Government’s view that the hospitality sector “is busy” despite Covid-19 uncertainty.

Earlier this week, the GCA said members had suffered a 50% downturn in Christmas trade and that many bars and restaurants were “in trouble”.

Business Minister Vijay Daryanani acknowledged the statement but said that the sector was in fact quite busy.

For the GCA, that was a suggestion that its members were “somehow being disingenuous” about the difficulties they were facing, adding the minister’s statement “could not be further from the truth”.

The GCA contacted 23 bars and restaurants, which collectively reported 5,915 cancellations to date this Christmas period, “with more expected”.

The association added that the number does not reflect the many 1000's of walk-ins that had been lost due to cancelled public events and a drop in footfall generally against the backdrop of concern about the Omicron variant.

“The Catering Association will present Mr Daryanani with complete figures including a breakdown business by business in the meeting in early January,” the GCA said in a statement.

Given what Picardo said in his recent speech, they haven't even begun to see Trouble 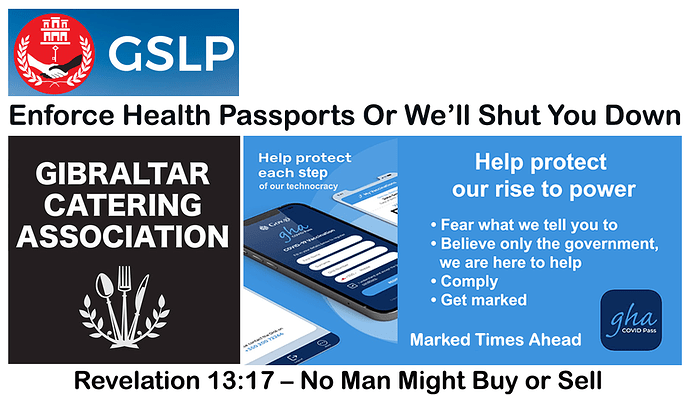 Picardo and his government plan to put pressure on Gibraltar's Catering Association to comply with its demands about enforcing Gibraltar's Health Pass (aka "Your Papers Please"), or face more economic hardships and possible closures. It's coming.

What do you think they are going to be coerced into doing?

The GCA will be given a choice – and read the prophecy in Revelation – it says they will not be able to "sell". Revelation 13:17 – No Man Might Buy or Sell

Picardo – The choice is simply going to be:

1) to shut all catering again

This meeting in January will ensure their goals of implementing the CONTROL.

And of course, Picardo, his government and Agent Helen Carter are going to tell everyone that this is for "the good of all" in true communistic fashion – to protect the jabbed from the dissidents.

Picardo knows most Gibraltarians live in fear of putting their heads above the parapit, or speaking truth to power, or other repurcussions like job-loss, he knows Gibraltarians are in the mass psychosis from the last 22 months of mental and physical torture. He knows he has the GCA between a rock and a hardplace. Even the news about their hardships will help sell the idea of compulsory covid-passes to the public, as they will not want to see the kind of hardship that will come from the government's clamp-down.

Using establishments to enforce evil government dictates isn't new - it's happening in the UK and elsewhere. And some people are fighting back by surrounding businesses that policy-enforcers come to shut down on orders of their dictators.

Unfortunately, economic hardship is also part of the evil plan – so the government won't mind clamping down if you don't side with them. The goal of the Great Reset is that people in the bottom tier are supposed to be happy owning nothing – which is why governments around the world are in debt to Banksters – so what happens when the governments default? Banksters will own everything, and that has been their plan from the beginning, and this Covid scam is their method of achieving their goal of owning the whole world, including all of you.

Matthew 21:33 Hear another parable: There was a certain householder (God), which planted a vineyard (this world), and hedged it round about, and digged a winepress in it, and built a tower, and let it out to husbandmen, and went into a far country:
21:34 And when the time of the fruit drew near, he sent His servants (the Prophets) to the husbandmen, that they might receive the fruits of it.
21:35 And the husbandmen took His servants, and beat one, and killed another, and stoned another.
21:36 Again, He sent other servants more than the first: and they did unto them likewise.
21:37 But last of all He sent unto them His son, saying, They will respect my Son.
21:38 But when the husbandmen saw the Son, they said among themselves, This is the heir; come, let us kill him, and let us seize on his inheritance (the whole world).
21:39 And they caught him, and cast [him] out of the vineyard, and slew [him].
21:40 When the Lord therefore of the Vineyard cometh, what will He do unto those husbandmen?
21:41 They say unto him, He will miserably destroy those wicked men, and will let out [His] vineyard unto other husbandmen, which shall render Him the fruits in their seasons.
21:42 Jesus saith unto them, Did ye never read in the Scriptures, The Stone which the builders rejected, the same is become the Head of the Corner: this is the Lord's doing, and it is marvellous in our eyes?

We are at Spiritual War – Good vs. Evil.

It's Coming – Choose your side.

They already know PCR tests and lateral flow tests are flawed, so this move is likely to only be temporary until they tighten their grip. 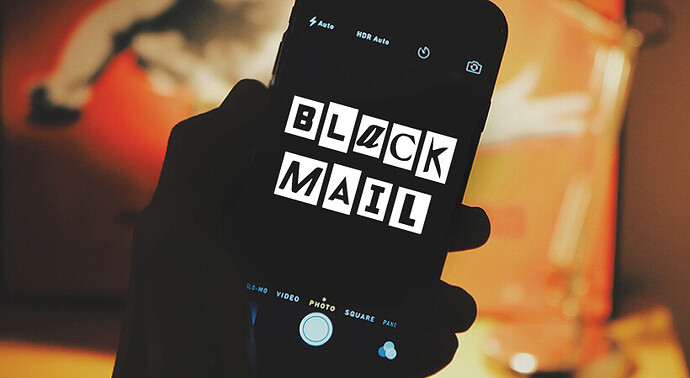