BOMBSHELL! Former Pfizer VP: ‘Entirely possible this will be used for massive-scale depopulation’

BOMBSHELL! Former Pfizer VP: ‘Entirely possible this will be used for massive-scale depopulation’ | The Truthseeker

At the outset, Dr. Yeadon said “I’m well aware of the global crimes against humanity being perpetrated against a large proportion of the worlds population.

“I feel great fear, but I’m not deterred from giving expert testimony to multiple groups of able lawyers like Rocco Galati in Canada and Reiner Fuellmich in Germany.

“I have absolutely no doubt that we are in the presence of evil (not a determination I’ve ever made before in a 40-year research career) and dangerous products. Dr. Mike Yeadon, former Vice President at PFIZER, "AN URGENT WARNING TO THE...

" There isn't a single fundamental to driving fact abut this epidemic that has been represented correctly and it's obvious to experienced scientist like me and when I have spoken to lots of my peers they agree, so it's not like I am an unusual person and thinking as I do, what's unusual is that I have come out and said so, but you would think the vaccine manufactures would have done their home work and checked whether or not the piece of dead virus that they were having human cells manufacture through these gene vaccine would not itself be harmful. I can only assume they missed it.

I put it to you, any listener, can you think of a benign explanation for why anyone would want to give an experimental use authorized gene based vaccine to millions, tens of millions of people who could not possibly die if they ran into this virus, and the answer is no you can't can you. The pharmaceutical industry is already manufacturing so-called top up or variant vaccines" now if i am right and not variant are not different, and they are not What is it that they are manufacturing? I cant answer that, but I am actually terrified. Once you are on the system..............

Interview with Michael Yeadon, former Vice President and Chief Science Officer of Pfizer, where he worked for 16 years.

He outlines his position on the pandemic, the vaccine, the issue of variants, boosters and the loss of our civil liberties. It is truly an appeal to the world. 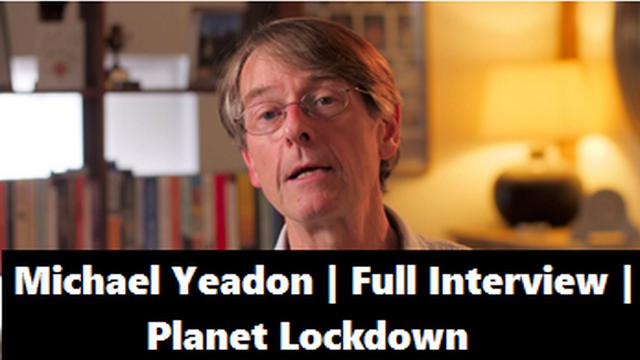 April 26, 2021 Michael Yeadon - Ex-VP of Pfizer| Full Interview | Planet Lockdown Interview with Michael Yeadon, former Vice President and Chief Science Officer of Pfizer, where he worked for 16 years. He outlines his position on the pandem…

Taken from the video:

"Nazi Dr.'s were pretty much all hanged for their crimes against humanity. And I am sorry to say NHS Dr.'s who are administering these agents to people who are not at risk to the virus and they are not telling them they are experimental are also breaching the Nuremberg Code, and I believe they are doing it knowingly and I think there should be a Nuremberg 2. and I think those physicians should be tried on those charges and appropriate measures sentences handed down. So if you're one of those physicians I hope to be around to see you in court".

...If vaccine passport are ALLOWED to be put into place we'll be standing at the "GATES of HELL"....

Even here in hell, the Truth will always prevail against evil actions and lies, including those perpetrated by the Bill and Melinda Gates Foundation. Matthew 16:18 And I say also unto thee, That thou art Peter (Cephas - a little pebble or stone -John 1:42), and upon this Rock (the Truth - Matt. 7:24-27 that Peter had spoken - 1 Cor. 10:4) I will build my community; AND THE GATES OF HELL SHALL NOT PREVAIL AGAINST IT.

The Nuremberg Code: The Universal Right of Informed Consent to Medical Interventions has been Recognized in US Law Since at least 1914

The first and foremost principle is unequivocal: “The voluntary consent of the human subject is absolutely essential”.

It prohibits research to be conducted on human beings without the informed consent of the individual.

The significance of the Nuremberg Code is as follows:

The Nuremberg Code was formulated by prominent US government jurists in consultation with prominent US medical consultants.

The Nuremberg Code: The Universal Right of Informed Consent to Medical...

The 1947 Nuremberg Code is the most important legal document in the history of medical research ethics. It established 10 foundational principles of ethical clinical research. The first and foremost principle is unequivocal: “The voluntary consent of...

Vera Sharav is the Founder and President of Alliance for Human Research Protection, and is a frequent guest contributor on Health Impact News.

You can read many of her previous articles and her works of advocacy for protecting children from harm in medical experiments here.

Vera was 3 years old when her family was taken out of their home in Romania and herded into a Nazi Concentration Camp. Her father died soon afterwards of typhus. 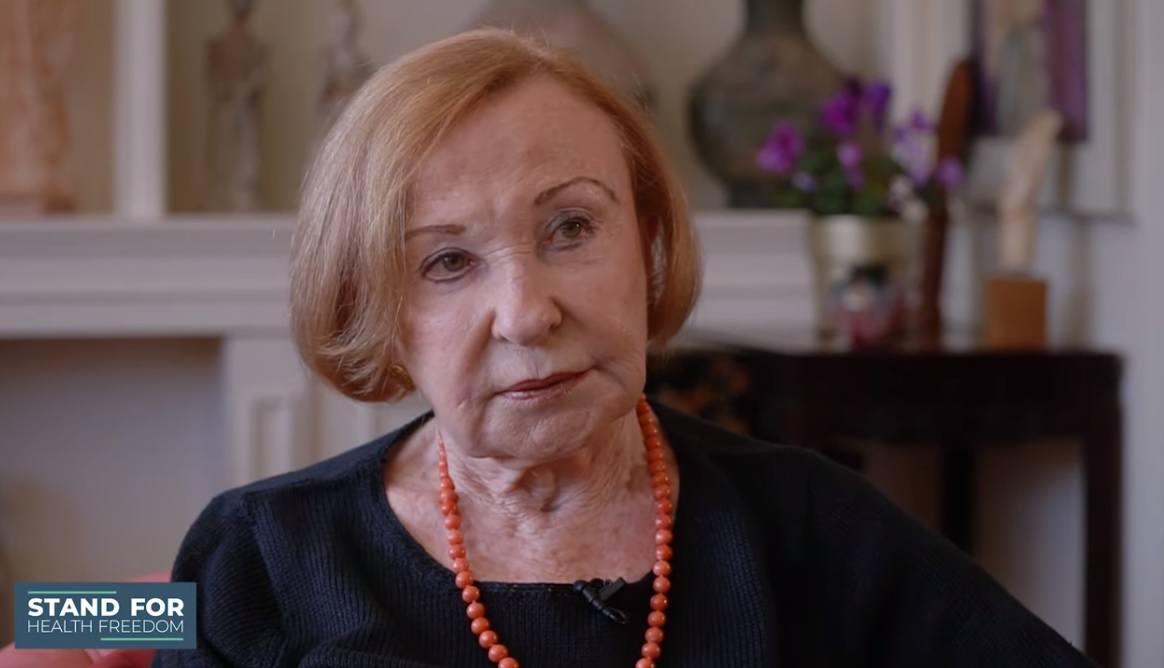 Holocaust Survivor: I Saved my Own Life by being “Oppositional Defiant” –...

Vera Sharav was recently interviewed by Attorney Leah Wilson, the Executive Director of Stand for Health Freedom. Vera Sharav is the Founder and President of Alliance for Human Research Protection, and is a frequent guest contributor on Health Impact...

This is Part 2 of the interview with Vera Sharav by Stand for Health Freedom. See Part 1:

Holocaust Survivor: I Saved my Own Life by being “Oppositional Defiant” – Americans are not Rebelling Against Things that are Wrong!

In this interview, Vera explains how eugenics came to Nazi Germany from the U.S., and is still around today.

She discusses the dangers of vaccines, and answers the question: Who bears the responsibility if your child is injured?

She urges parents need to rebel against mandated vaccines. She compares this rebellion to Martin Luther King Jr.’s rebellion for Blacks.

She discusses how foster children from 1985 to 2005 were used for HIV research, and the topic of medical kidnapping.

She warns that America is at a crossroads, and that if people do not stop blindly obeying authority, that the U.S. will very soon be just like Nazi Germany was in WWII, as she sees the same things happening here in the U.S. now.

This is Part 2 of the interview with Vera Sharav by Stand for Health Freedom. The title of Part 1 was: Holocaust Survivor: I Saved my Own Life by being “Oppositional Defiant” – Americans are not Rebelling Against Things that are Wrong! In this Part 2...

Former Pfizer VP: Your Gov is Lying to You, Vaccine Dangerous

"In recent interviews Dr. Yeadon has been warning about the dangers of the poorly vetted mRNA vaccines being forced onto the public by health and government authorities.

After months of research and over 32 years of experience, Dr. Yeadon has come to the conclusion that the vaccines, booster shots and non-existent regulations are creating a system that could easily be used for “nefarious purposes.”

“If you wanted to introduce a characteristic which could be harmful and could even be lethal, and you can even tune it to say ‘let’s put it in some gene that will cause liver injury over a nine-month period,’ or, cause your kidneys to fail but not until you encounter this kind of organism [that would be quite possible]. Biotechnology provides you with limitless ways, frankly, to injure or kill billions of people,” Yeadon told LifeSite News reporter Patrick Delaney.

“And since I can’t think of a benign explanation for any of the steps: variants, top-up vaccines, no regulatory studies… it’s not only that I cannot think of a benign explanation, the steps described, and the scenario described, and the necessary sort of resolution to this false problem is going to allow what I just described: unknown, and unnecessary gene sequences injected into the arms of potentially billions of people for no reason.”

“I’m very worried … that pathway will be used for mass depopulation, because I can’t think of any benign explanation.”

Elsewhere in the interview, Yeadon added, “That’s what I would do if I wanted to get rid of 90 or 95% of the world’s population. And I think that’s what they’re doing.”

Now it's everywhere on the socials.

"The ex-Pfizer scientist explained governments are directly lying to the people, and that this type of system would be highly convenient for the “eugenicists [who] have got hold of the levers of power.”

“[And if you recognize that our governments are involved in a major verifiable lie], don’t just turn your computer off and go to supper. Stop. Look out the window, and think, ‘why is my government lying to me about something so fundamental?’ Because, I think the answer is, they are going to kill you using this method. They’re going to kill you and your family.

“The eugenicists have got hold of the levers of power and this is a really artful way of getting you to line-up and receive some unspecified thing that will damage you. I have no idea what it will actually be, but it won’t be a vaccine because you don’t need one. And it won’t kill you on the end of the needle because you would spot that.“

Yeadon echoed the sentiments in an interview with America’s Frontline Doctors last month, warning people not to go near “top up vaccines,” or booster shots, as some Covid vaccines including Pfizer and Moderna require two doses."

Former Pfizer VP Blows Lid on Vaccine Scheme: “Entirely Possible This Will Be...

And part of the evidence is in their own literature: 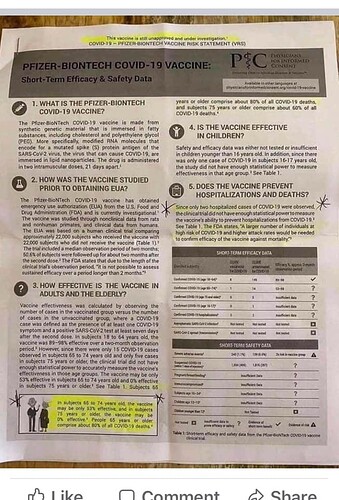 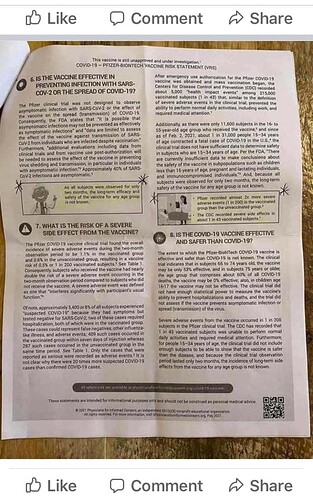 BioNTech CEO pushes for booster doses, says vaccine protection wanes after 7 months, implying that the answer to a failed product is MORE of it 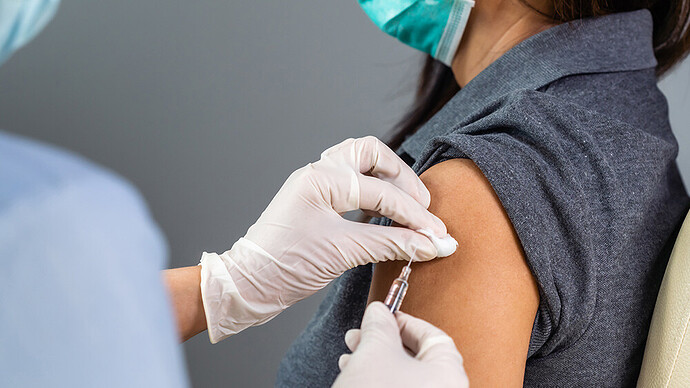 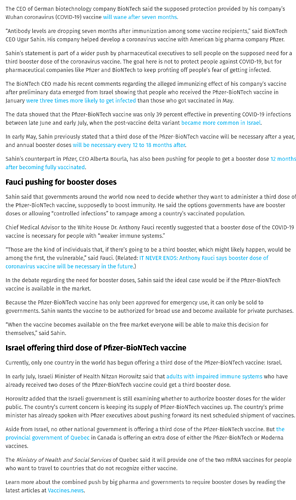 The CEO of German biotechnology company BioNTech said the supposed protection provided by his company’s Wuhan coronavirus (COVID-19) vaccine will wane after seven months. “Antibody levels are dropping seven months after immunization among some... 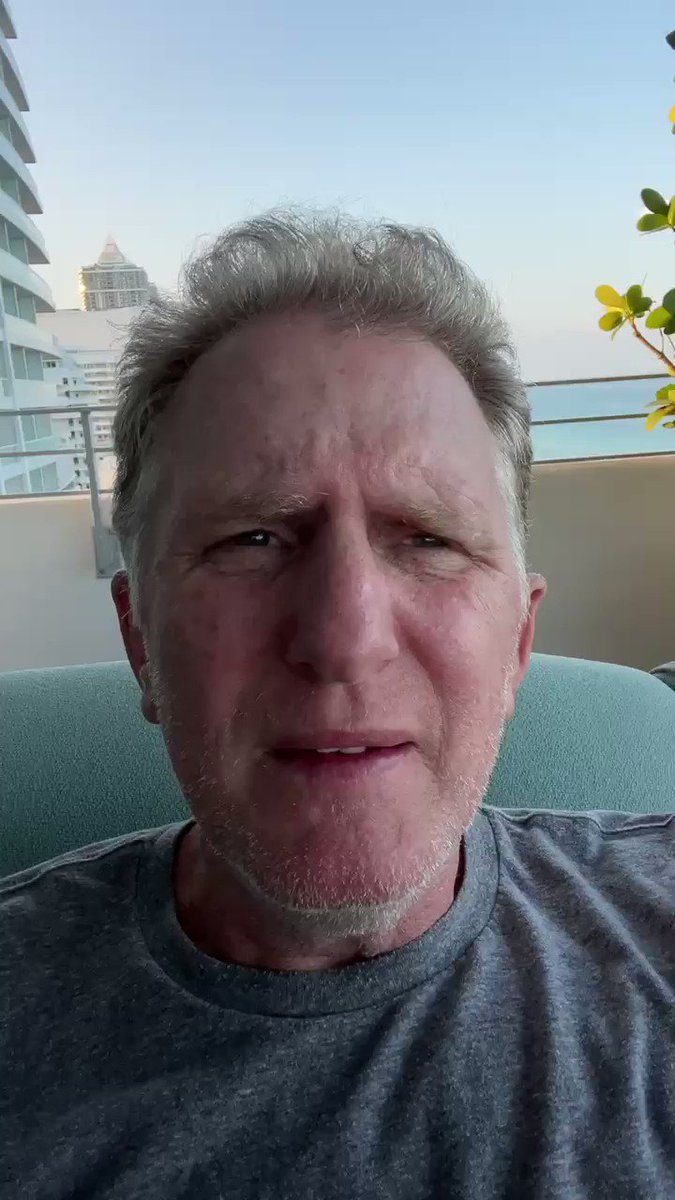 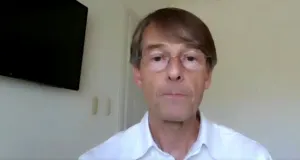 At the conference, Dr Yeadon discussed the petition which he and Dr Wolfgang Wodarg, a German physician, pulmonary specialist, and epidemiologist, sent to the Europeans Medicine Agency (EMA) eight months ago regarding the dangers that the Covid-19 vaccines pose to pregnant women.

In the petition, both doctors demanded that all SARS CoV-2 vaccine studies, in particular the BioNtech/Pfizer study on BNT162b, be suspended.

Their concerns were split into the following points:

“I’m sorry to say this, but that is a vaccine-induced autoimmune attack on their own placenta, and I think that you can only expect that that is happening in every woman of child-bearing potential – this critical protein that is required for fertilisation and successful pregnancy.”

Dr Yeadon said that he cannot be certain what the effect will be and he is not sure whether it will be enough to cause first-trimester losses, but he said that he believes it would because academic literature shows that women who have autoimmune diseases are “more likely to have first-trimester losses”, and what this vaccine has done is “induce an autoimmune response.”

“I’m here to warn you that if you are of child-bearing potential or younger, so not at menopause, I would strongly recommend you do not accept these vaccines,” Dr Yeadon warned.