Isn't it interesting those wanting to fight for Russia come from countries "Gog" will gather?

Russia Says 16,000 ‘Volunteers’ Want to Fight, Most from Middle East 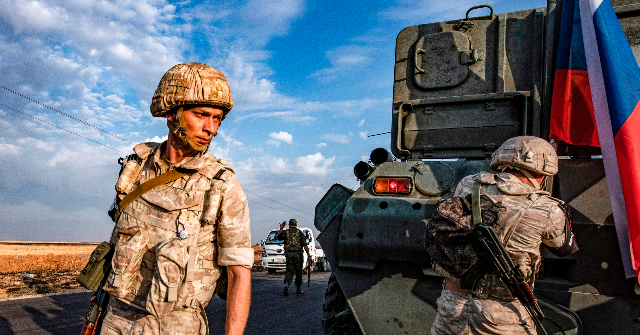 Russia Says 16,000 'Volunteers' Want to Fight, Most from Middle East

Russian Defense Minister Sergey Shoigu said his government has identified over 16,000 foreigners willing to fight with Russia in Ukraine.

The world is dividing into to camps - Kings of the East (Russia/China - and all they gather) and The West (USA/UK - and their allies). Prophecy is that the USA and UK will be defeated - JAHTruth.net/ww3-2 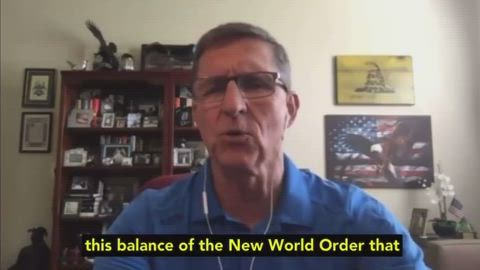 "Vladamir Putin has now upset this balance of the New World order that they were trying to schieve by going into Ukraine." "All of what we are seeing play out in Europe right now is an upsetting of the balanace 'they' want it... people like Dr...

The ones who want war (like Klaus Schwab and all the aka embedded politicians - Manchurian candidates) don't want God in the picture. This is a war of good vs evil. It should be clear that God is going to punish The West for aligning with these Satanists.

Mike said, "we have to understand that these people are very smart. They are very well resourced. And they have a very sort of strategic idea of what they want to see the world develop; and God and the soul are not part of that strategy."

There's been reports of the Nazis in Ukraine - Even Putin saying Russia is getting rid of the Nazis. LOTS of evidence are pointing towards NATO armed & trained neo-Nazi battalion in the Ukraine. Neutralizing & denazifying the Azov Battalion. The CIA May Be Breeding Nazi Terror in Ukraine - source UK Column News - 11 March 2022 (Mike Robinson, Patrick Henningsen and Vanessa Beeley) There are reports Jihadist fighters from Syria are making their way to Ukraine to join the fight on behalf o… 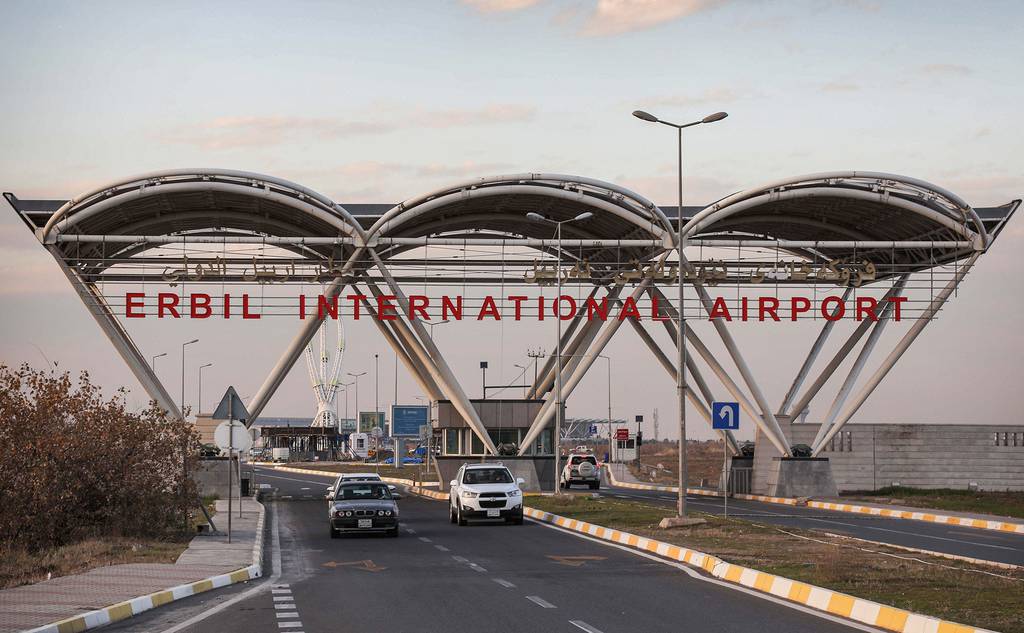 Iran claims missile barrage near US consulate in Iraq

No injuries were reported in the attack.

BAGHDAD — Iran claimed responsibility Sunday for a missile barrage that struck near a sprawling U.S. consulate complex in northern Iraq, saying it was retaliation for an Israeli strike in Syria that killed two members of its Revolutionary Guard earlier this week.

Iraq’s Foreign Ministry on Sunday summoned Iran’s ambassador to protest the attack, calling it a flagrant violation of the country’s sovereignty.

No injuries were reported in Sunday’s attack on the city of Irbil, which marked a significant escalation between the U.S. and Iran. Hostility between the longtime foes has often played out in Iraq, whose government is allied with both countries.

The attack drew harsh condemnation from the Iraqi government, which called it a “violation of international law and norms” and demanded an explanation from the Iranian leadership. Iraq’s Foreign Ministry spokesman Ahmad al-Sahhaf told The Associated Press that the ministry summoned the Iranian ambassador, Iraj Masjedi, to deliver the diplomatic protest. 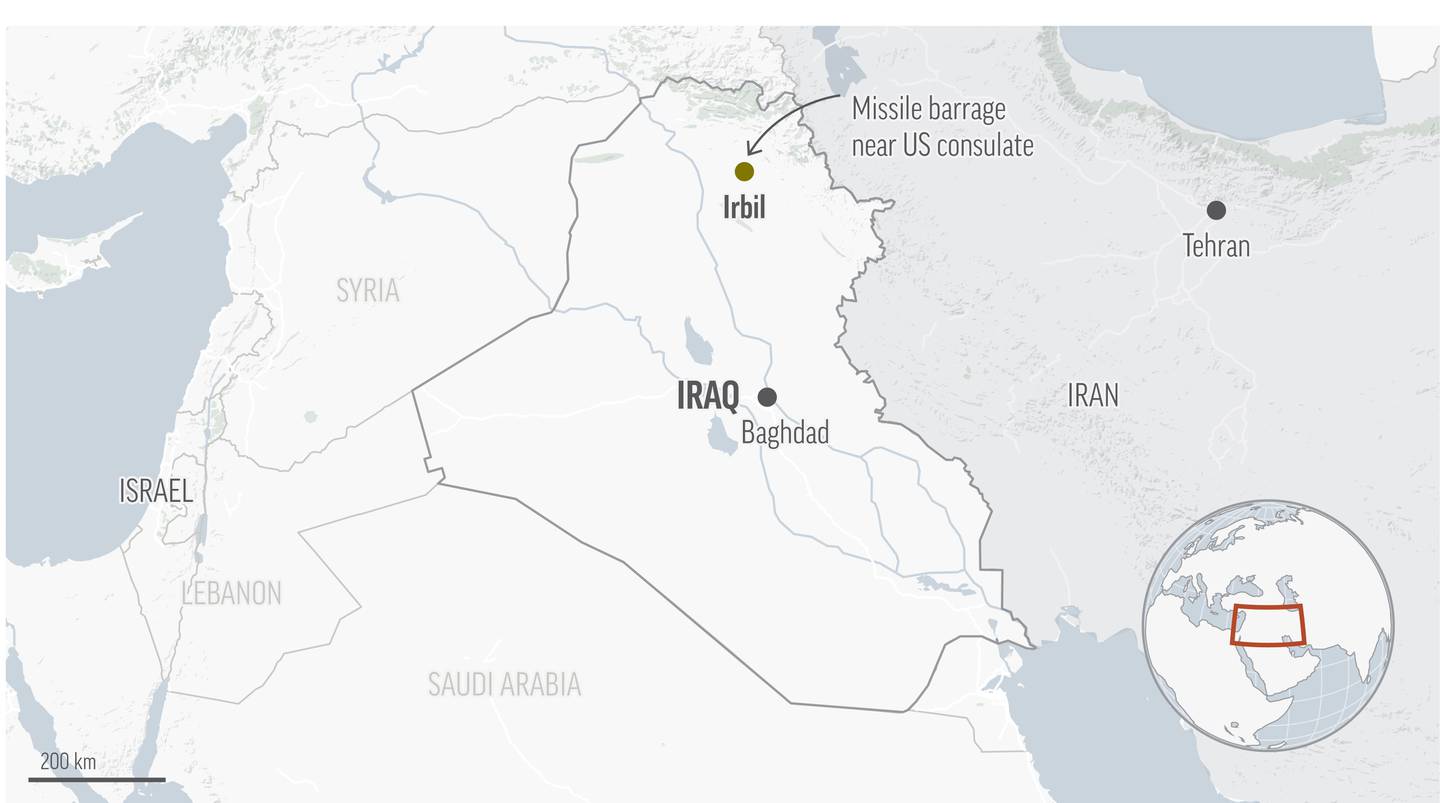 Iran has claimed responsibility for a missile barrage that struck near a sprawling U.S. consulate complex in the northern Iraqi city of Irbil, saying it was retaliation for an Israeli strike in Syria that killed two members of its Revolutionary Guard. (AP)

The United States said the missile strike emanated from Iran and strongly condemned it.

“The strikes were an outrageous violation of Iraq’s sovereignty. No U.S. facilities were damaged or personnel injured, and we have no indications the attack was directed at the United States,” State Department spokesman Ned Price told reporters in Washington.

Iran’s powerful Revolutionary Guard said on its website that it attacked what it described as an Israeli spy center in Irbil. It did not elaborate, but in a statement said Israel had been on the offensive, citing the recent strike that killed two members of the Revolutionary Guard. The semi-official Tasnim news agency quoted an unnamed source as saying Iran fired 10 Fateh missiles, including several Fateh-110 missiles, which have a range of about 300 kilometers (186 miles).

The source claimed the attack resulted in multiple casualties. There was no immediate comment from Israel on the allegations or the Iranian missile barrage.

An Iraqi official in Baghdad initially said several missiles had hit the U.S. consulate in Irbil, which is new and unoccupied, adding that it had been the intended target of the attack. Later, Lawk Ghafari, the head of Kurdistan’s foreign media office, said none of the missiles had struck the U.S. facility but that residential areas around the compound had been hit.

Following a Cabinet meeting, the Iraqi government in Baghdad reiterated its refusal to allow Iraq to be used to settle scores between other countries and said it has requested an explanation from the Iranian leadership.

"Russia warned the United States on Thursday that Moscow had the might to put the world's pre-eminent superpower in its place..." 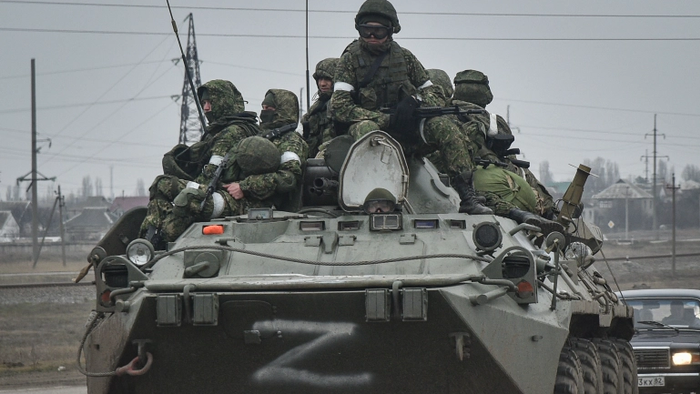 Russia Tells US 'We Have The Might To Put You In Your Place' As Turkey Seeks...

Kremlin's Medvedev: US stoking "disgusting" Russophobia in an attempt to force Russia to its knees...

One of the four angels of the Euphrates TURKEY asked for help in meetings.

See more in the article. 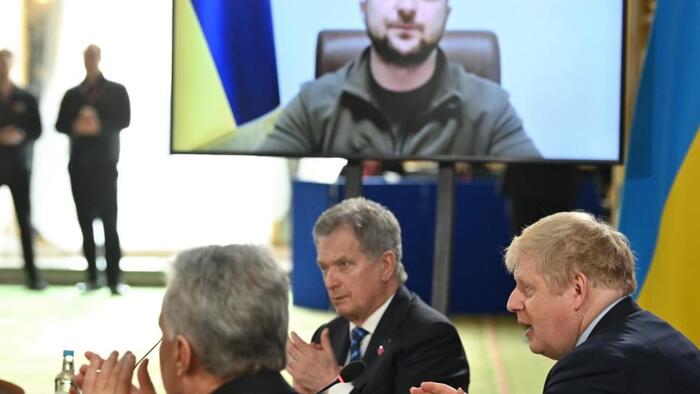 BoJo Urges China Not To "Choose The Side Of Evil" By Backing Russia's...

"I think that in Beijing you are starting to see some second thoughts."

Ukrainian President Volodymyr Zelensky warned Sunday that the West would be drawn into World War III if talks between himself and Russian President Vladimir Putin failed.

Zelensky's comments come as Turkey claims Moscow and Kiev are close to an agreement on key points...

BoJo delivered a "forthright message" to Beijing over the weekend, exhorting President Xi and the Politburo not to "choose the side of evil"...

Seriously, BoJo has no clue about Biblical Prophecy. Of course the kings of the East are going to unite to take down British Israel - JAHTruth.net/horse 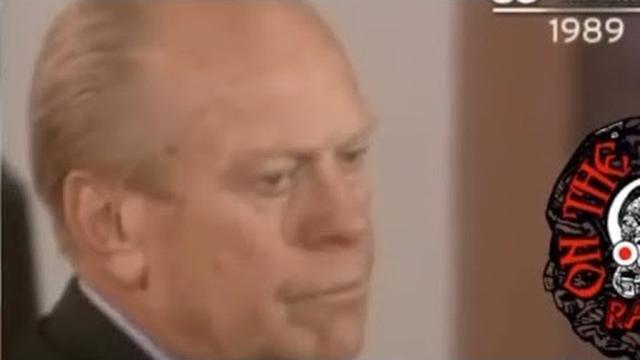 How the first woman will become president - Gerald Ford

How the first woman will become president - Gerald Ford https://www.youtube.com/channel/UCUBF1X-QCjcDFM8fig2c_kw 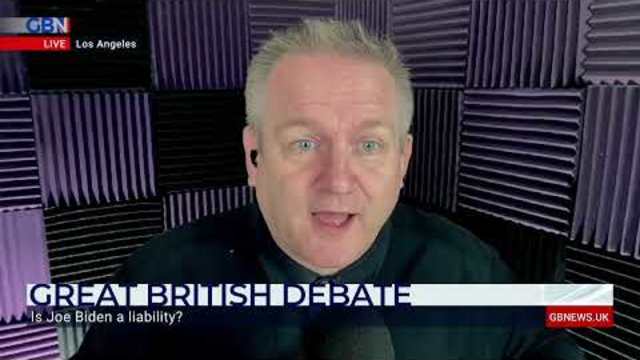 Watch on TV: Freeview 236, Sky 515, Virgin 626 Listen on DAB+ Radio Download the GB News App to watch live wherever you are, catch up with all our shows and get the latest news from the GBN family. https://www.gbnews.uk/freegbapp Don't forget to … 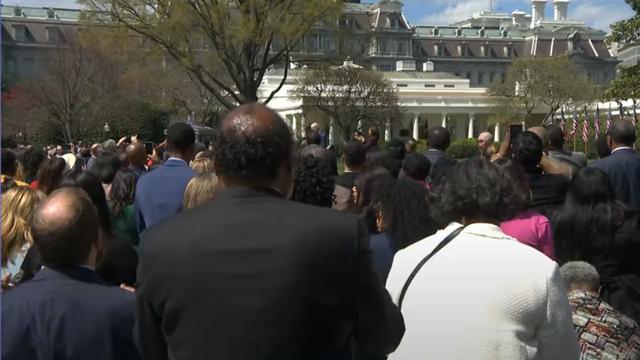 Biden looks at Kamala Harris and says "The first really smart decision I made...

🔰 Biden looks at Kamala Harris and says "The first really smart decision I made in this administration." https://t.me/TheTrumpist/8733 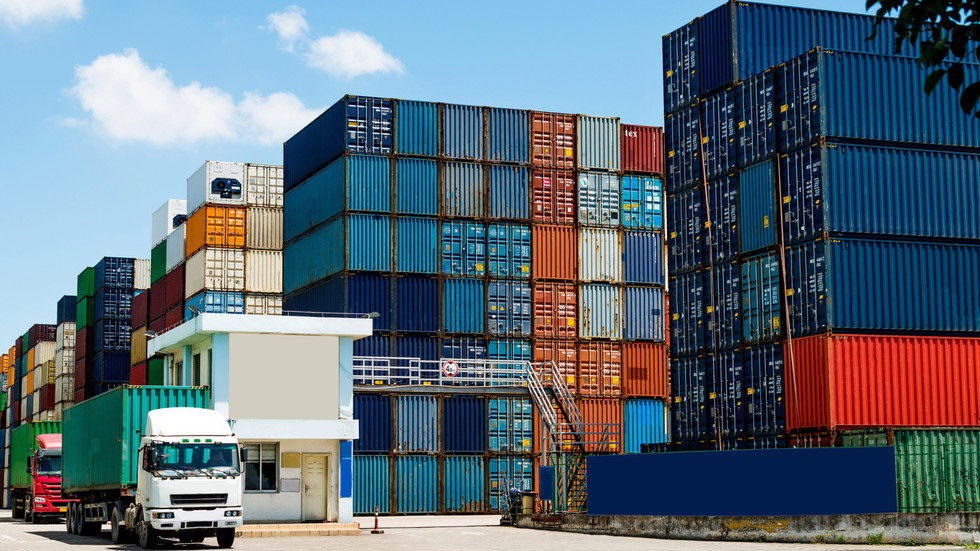 Trade turnover between Russia and China totaled $51.09 billion between January and March, marking a surge of nearly 26% year-on-year

Mutual trade between Russia and China amounted to nearly $51.09 billion (343.87 billion yuan) in the first four months of the current year, marking growth of 25.9% compared to the same period one year ago, according to the latest data released by China’s customs office.

In December, the Russian and Chinese presidents agreed on creating infrastructure to service trade operations between the two nations without third parties. The two countries have been switching from the US dollar and the euro in trade to avoid potential sanctions.

Beijing has refused to take part in the sanctions on Moscow over the conflict in Ukraine.

War keeps up fear...war to kill billions...create permanent compliance.
Sanctions will do the killing. Taxes rising someone has to pay for a war.
Communism on speed.

Why THEY Need World War III 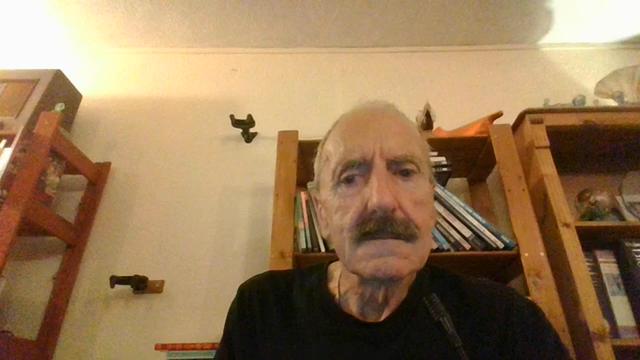 An enormous convoy of Syrians is preparing to leave Turkey, heading this way...

Read the post/thread at Defending-Gibraltar that contains this video: Armageddon: China, Russia and Syria – Prophecy Unfolding https://defending-gibraltar.net/t/armageddon-china-russia-and-syria-prophecy-unfolding/2969 To survive what is coming, …

An enormous convoy of Syrians is preparing to leave Turkey, heading this way...

Just reading these headlines paint a picture of prophecy.

World on the brink of nuclear catastrophe – Moscow

Russia warns US against sending long-range arms to Ukraine, vows use of nukes.

Russia is at war not only with Ukraine, but with collective West

Nuclear war with Russia seems to now be a deliberate, planned, action by the West

The West Will Lose:

Relying on the UK or the USA in the long-term is foolish, because, for their and your defiance of God, and rejection of the Sovereignty of Christ, they are going to lose WW3, as is prophesied in Revelation 11 about the Two Witnesses – Britain and America – the TRUE Israel. JAH/CHRIST: Gibraltar’s Choices on War Strategies & God’s Protection

EU countries are running out of weapons, leaving the EU vulnerable to attack

They prepared for WWI and WWII. Preparations is full swing for WW3: 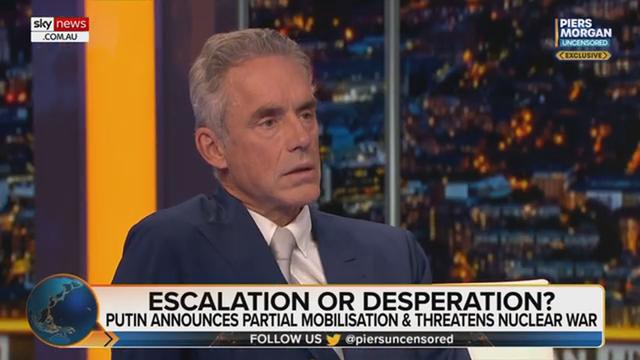 Read the post/thread at Defending-Gibraltar that contains this video: Armageddon: China, Russia and Syria – Prophecy Unfolding https://defending-gibraltar.net/t/armageddon-china-russia-and-syria-prophecy-unfolding/2969 To survive what is coming, rea…

"If they are featured on this site, then Gibraltar Messenger wants everyone – meaning all inhabitants of the Earth – to take note of them."

Revelation 16:14 For they are the spirits of devils, working miracles, [which] go forth unto the kings of the earth and of the WHOLE WORLD, to gather them to The Battle of that Great Day of God Almighty (Armageddon).