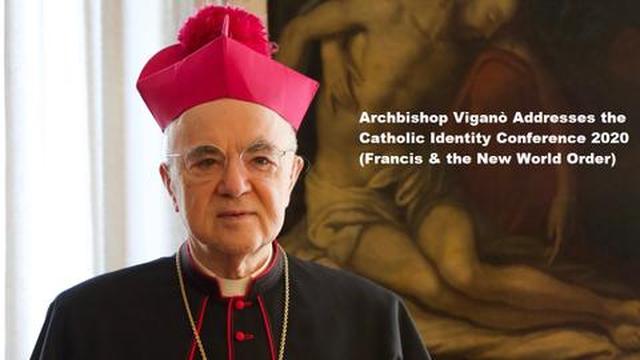 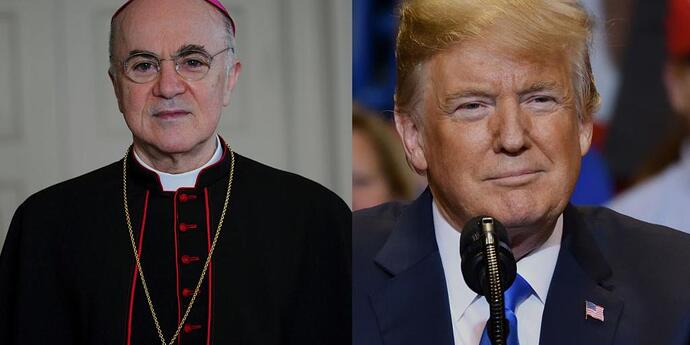 It is you, dear President, who are the one who opposes the deep state, the final assault of the children of darkness, His Excellency wrote. Place your trust in the Lord.

His previous letter from the summer is also available (in English, Spanish, French and Chinese): 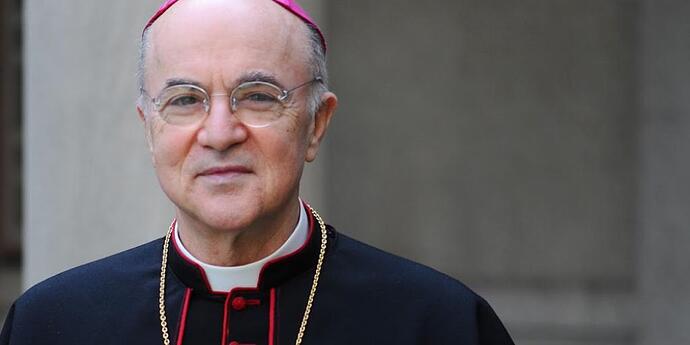 Archbishop Carlo Maria Viganò warns the president that the current crises over the coronavirus pandemic and the George Floyd riots are a part of the eternal spiritual struggle between the forces of good and evil.

On November the 4th, he published a new letter. - 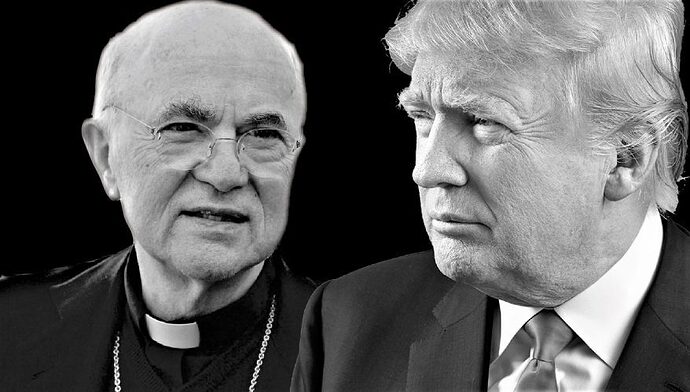 Archbishop Viganò: America is in Midst of ‘Colossal Electoral Fraud’

Archbishop Viganò: America is in Midst of ‘Colossal Electoral Fraud’

Archbishop Vigano: COVID Vaccine is Poison and a Human Sacrifice to Satan

Archbishop Vigano: COVID Vaccine is a Human Sacrifice to Satan

Archbishop Vigano: COVID Vaccine is a Human Sacrifice to Satan

"The vaccine indeed is poison. The world’s most competent medical experts, including Byram Bridle, Ph.D., Dr. Vladimir Zelenko, and internationally acclaimed physician Joseph Mercola, M.D. have already made it clear that the COVID vaccine is a deadly bio-weapon that has killed countless thousands of people throughout the world. Dr. Zelenko suspects that up to 100,000 people have now died from the vaccine.

Given this and the fact that the COVID vaccine is consecrated to satan, one would think that humanity would instantly reject it as an abomination of apocalyptic proportions, but instead we see the world’s peoples bowing to the “venerable” jab as if it were a favor from Christ, not acknowledging it to be a favor from the Antichrist – their “passport” to ride. (Apoc. 13:17) Vigano says:

“The so-called ‘vaccine’ has turned out only to be the source of enormous, scandalous profits for Big Pharma and, at the same time, serves as a pretext to impose health passports and other systems for controlling the masses and limiting natural liberties.”

The vaccine indeed is a political tool for shackling the world under a communistic one-world government, the worst of it being that Francis and his bishops are assisting world planners in this insidious attempt to strip man of his freedoms in the name of public health and safety. Francis himself has said that when the U.N. globalists speak 'our duty is to obey.'"