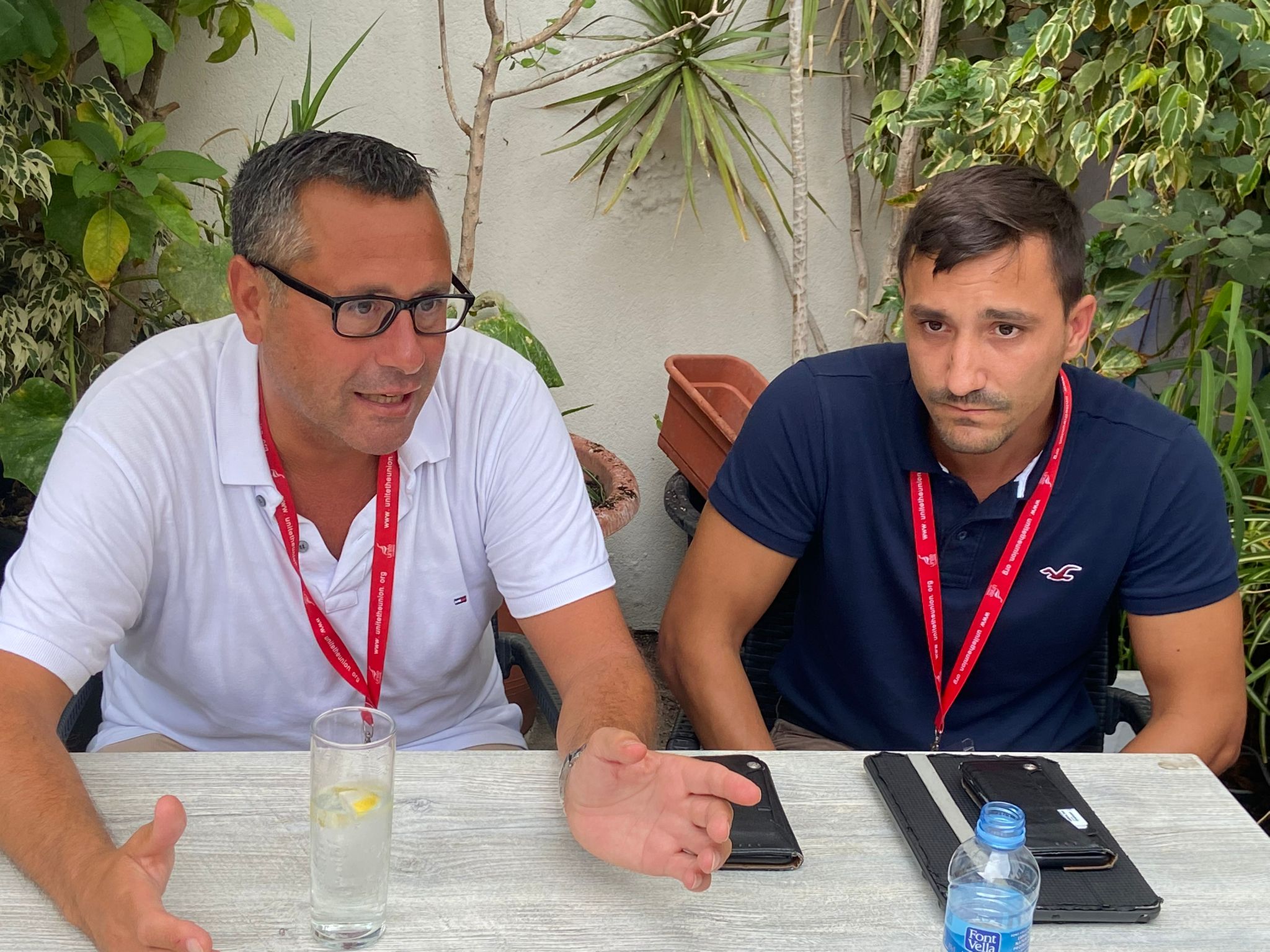 Unite the Union said it remains concerned about the impact of Brexit and the Covid-19 pandemic on jobs in the private sector, with seasoned union officials admitting they had never before seen so many employers struggling simultaneously to sustain...

Unite the Union said it remains concerned about the impact of Brexit and the Covid-19 pandemic on jobs in the private sector, with seasoned union officials admitting they had never before seen so many employers struggling simultaneously to sustain employment going forward.

During the lockdown, the union had been very concerned about the hospitality and tourism sectors, which were hard hit by the overnight loss in business despite solid support from the government.

A successful vaccination programme and the reopening of borders have provided a boost to those businesses in recent months, but in other areas of Gibraltar’s economy, uncertainty remains the defining sentiment.

Gibraltar’s businesses have received unprecedented support thanks to the BEAT scheme implemented by the Gibraltar Government and other initiatives such as government-backed loans.

But sectors such as construction and maritime services continue to be affected, the union said, and there are layoffs and job terminations in other areas such as the legal and retail sectors.

And with no clarity yet as to what shape Gibraltar’s post-Brexit future will take, Unite chair Christian Duo and regional officer Kaylan Lucas expressed deep unease about the long-term effects on jobs across many areas of the economy, presenting a bleak picture.

Mr Duo said the exact figures for terminations since the start of the pandemic was not yet known, and neither had the true impact of Brexit and the pandemic become evident yet.

The local unemployment figure is not as high as may have been anticipated because many of those affected are cross-border workers and will have registered as unemployed in Spain, he said.

Data published by the Department of Employment shows it had received 10,384 notices of termination in the private sector in 2020, with 4,133 forms accepted in the first six months.

In the first six months of this year alone, already the figure is higher with some 5,771 terminations “and more to come”, Mr Duo said.

Going forward, the union remains particularly worried about the future of the private sector and those working within it.

“Although we have received concerns about the public sector, the big area of concern for us remains the private sector,” Mr Duo said.

“The reality is that the number of terminations of employment since last year to now continues to grow.”

“In the first impact of the pandemic, we did raise [the fact] that locals were also losing jobs, especially in the hotel industry and the construction industry, although I know there is not a lot of resident employment in this field.”

“What we have also seen is how GJBS has also been impacted in [terms of] the work coming in their direction, so they are also suffering the consequences of a reduction of works in the construction industry.”

In the construction sector, Unite said there had been numerous redundancies and warned that some companies had told the union they may have to close down.

The Gibraltar Government, one of the key drivers in the construction sector, delivered a more conservative budget this year which will have a knock-on effect on the number and scale of projects in the community, at least in the short term.

“The reality is that the budget really indicates the direction of flow we are having, so clearly that is something that is to be expected and we knew what was going to happen,” Mr Duo said.

“But that doesn’t stop us from worrying because for us, the main focus for Unite is the preservation of employment.”

“I have been at the forefront of the union for the past 15 or 20 years and I have never come across so many discussions with employers around future sustainability of employment as we are currently having.”

“This will have an impact on the economy because those people would have had to pay tax and insurance and no longer do so.”

“We don’t know the exact figures for industries such as retail and construction because not everyone who has lost their job is a member of the union.”

Mr Lucas told the Chronicle that this is where union recognition “comes into play” and is important.

“That will in effect ensure that private companies discuss and consult with any union any significant changes that will affect their employees,” Mr Lucas added.

“That is why it is extremely important that the Government actually produces the union recognition legislation as soon as possible.”

Mr Lucas hoped that in due course, Gibraltar's economy would recover to the levels of activity before the impact of Brexit and the pandemic.

But he said too that the union was ready to adapt and defend its members in the event of a severe downturn in the economy, for example if negotiations for Gibraltar’s post-Brexit relations with the EU fail to lead to an agreement.

“In a way, we trust the competence of those in charge to navigate through this in the best possible way, so we hope we never have to sit and discuss this with the government,” Mr Lucas said.

Mr Duo added that Unite had spent many months engaged in difficult discussions with the government and with employers as they sought to address the challenges of the past 18 months.

“We have been having those difficult discussions and we will continue to have them because that is the reality of the situation, but I think we are also waiting for the outcome of the treaty negotiations and that is also a worrying thing,” he said.

Both Mr Duo and Mr Lucas encouraged employers to engage with the union, adding that the Unite provides a balance and looks out for the best interests of its members as well as the company which employs them.

And if Gibraltar were forced to go into another lockdown in the autumn months, the union said it would once again discuss a furlough scheme with the government.

“That would at least protect the employment as it did last time for a certain period of time,” Mr Lucas said.

“If that were not to happen for whatever reason, we would see a significant, significant rise in unemployment and businesses closing, without a doubt.”

Unite the Union speaks, in an article published in today’s Gibraltar Chronicle, of a reduction in levels of employment, and of many employers struggling to keep current levels of employment. It then speaks of the consequent drop in social security and tax revenue, in turn referring to the impact of that “on the economy”.

The ‘doom and gloom’, which is how some have labelled what has been written in this blog, is now being displayed in statements by Unite, also reflecting Government budget assessments and measures.

Unite’s concerns centre around employment in the hospitality and tourism sectors, although these are experiencing an element of resurgence following the vaccination campaign, and in the construction, maritime services, the legal and retail sectors, which continue to suffer.

The concern of Unite centre on the effect on employment of the uncertainty surrounding Brexit and on Covid-19. It is a concern that seems to be founded on generic evidence, as few statistics are yet available from when the pandemic started, nor is the true effect of Brexit fully apparent yet, especially absent any ‘deal’ over Gibraltar between the UK and the EU.