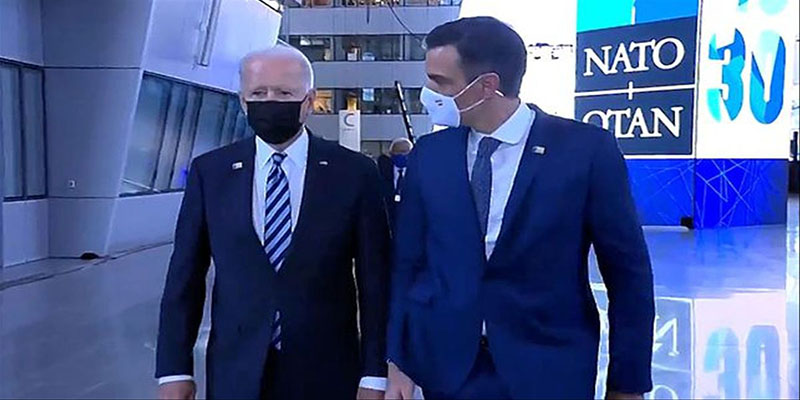 The Spain-US Agreement On The Rota And Morón Bases Was Extended In May......

You will not find a single line in the Spanish press about the unusual fact that the bilateral defence agreement between Spain and the US, which places the Spanish bases at Rota and Morón at the disposal of the US, expired last month. However, it was automatically extended for another year, due to the indifference of Washington and Madrid, which preferred the automatic extension to having to sit down and talk about renewing the agreement.

Rota is is the Campo of Gibraltar. 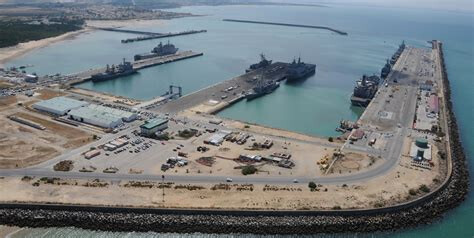 Compared to other military bases in Europe, Naval Station Rota, Spain is way different. If other bases are mostly operated by the US government under the strict regulations of other governments, this one is actually operated by the Spanish Vice Admiral. The connection with the United States of America comes with the money. In other words, the base is fully funded by the USA. The base is located in Rota, a small town close to El Puerto de Santa Maria. The base inhabitants form the largest US community on the Spanish territory. It hosts sailors, Marines, US Army troops and US Air Force experts. Most of the inhabitants are American. The base is fully operational and run by both countries through a mutual agreement. This means it is a co-base – Naval Station Rota Naval Base in Rota, SPAIN | Military Bases

Naval Station Rota is strategically located near the Strait of Gibraltar and at the halfway point between the United States and Southwest Asia. Because of this ideal location, the base is able to provide invaluable support to both US Sixth Fleet units in the Mediterranean and to USAF Air Mobility Command units transiting to Germany and Southwest Asia. The Naval Station is the only base in the Mediterranean capable of supporting Amphibious Readiness Group post-deployment wash-downs. The base also provides Quality of Life support to Morón Air Base, ARG support sites at Palma de Majorca, NATO headquarters in Madrid and the Military Sealift Command's Maritime Prepositioning Squadron 1.

*The incident with the USS Donald Cook where a Russian SU-24 tactical fighter-bomber disabled all its defenses and teased and mocked the crew was mentioned in a previous edition of Gibraltar Messenger – Gibraltar's Choices on War Strategies & God's Protection.

Morón de la Frontera is in the Province of Seville (not Cadiz), Andalusia 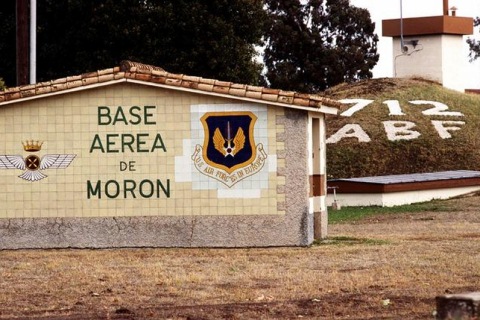 Spread over a large territory in Andalusia, Spain, Moron Air Force Base is the most strategic points controlled by the Americans in Europe. Learn more..

Spanish Defense Minister Margarita Robles received a tour aboard the USS Hershel "Woody" Williams. The visit demonstrated the vital security cooperation and partnership between the United States and

The July 7 visit demonstrates the vital security cooperation and partnership between the United States and Spain.

"This visit also exemplifies the 70 years of Spanish hospitality in hosting U.S. forces in Rota and Moron. Being home-ported at Naval Station Rota offers many opportunities to build upon the already significant interoperability and close history between our top-tier navies," Tribble said.