The Gibraltar border, a wound that is still open forty years later 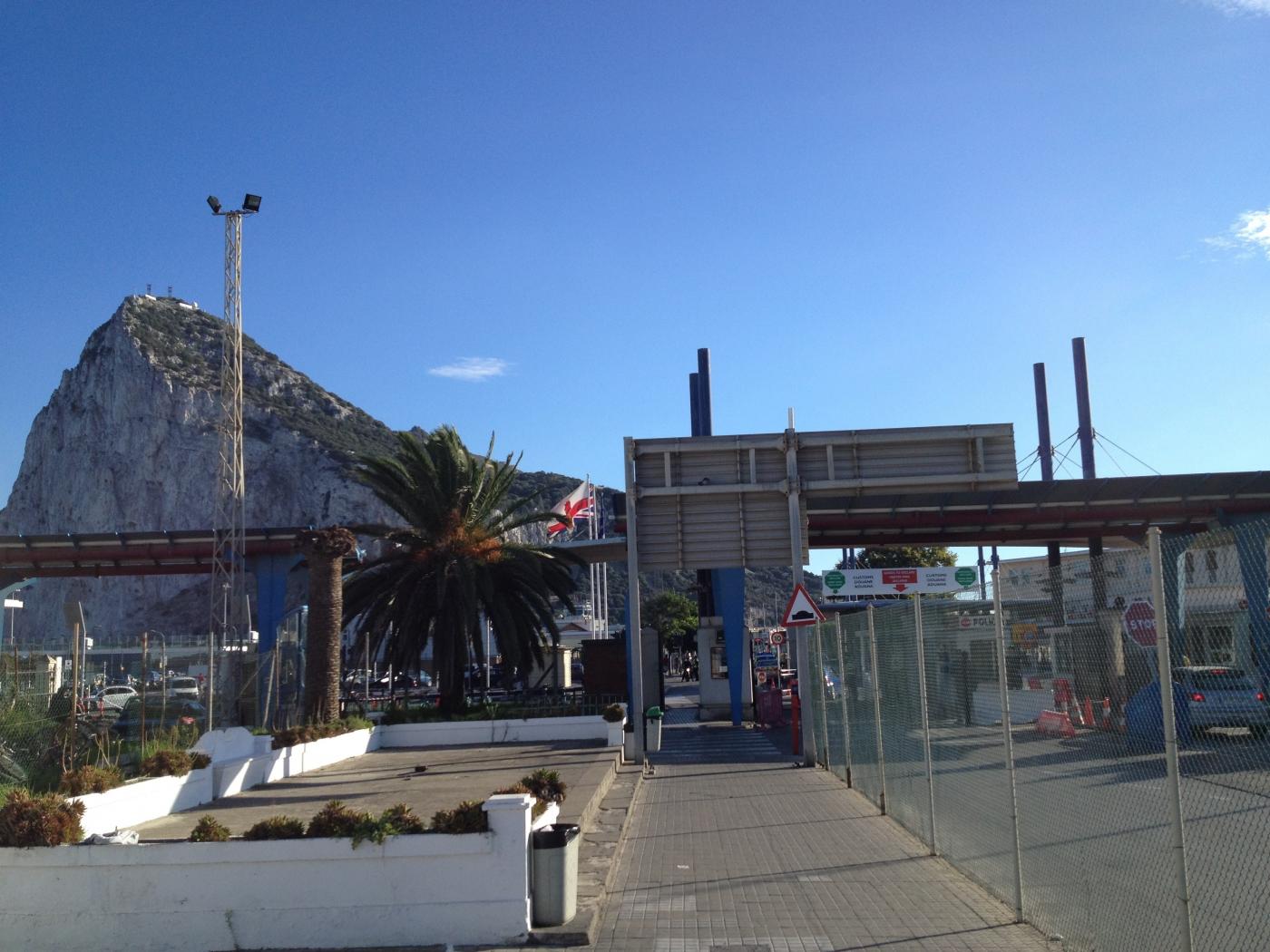 Forty years ago, on 15 December 1982, Gibraltar's border fence put an end to the thirteen saddest and cruellest years of its history, those in which it was closed, turned into an absurd wall that separated families, friends and neighbours and created a wound that is still festering today.

At midnight on that 14 December, hundreds of Gibraltar and La Línea residents flocked to the fence, considered the smallest border in the world, to witness its pedestrian-only opening.

The expectation was such that even the Guardia Civil and National Police officers argued for so long over who would get the keys to open the gate that rumours spread that the keys had been lost.

"Since the arrival of democracy, the gate has been opened from time to time. I remember a fire in which firemen from Gibraltar came to La Línea, the passage of hearses or a sick person", recalls Juan Carmona, who as mayor of La Línea de La Concepción in those years was involved in the process of requesting special authorisation.

Carmona experienced first-hand how the first Council of Ministers of Felipe González's first government approved the opening to pedestrians of a border that Franco had ordered closed on 8 June 1969, days after the United Kingdom granted autonomous status to the colony, which two years earlier had voted en mas in a referendum to continue its relationship with London.

Restrictions had been escalating for years before that. In 1966, for example, women from La Linea working in the British colony, some 3,000 at the time, were prevented from continuing in their jobs.

The definitive closure was "a nonsense Franco did", thinking that "Gibraltar would fall like a ripe fruit with isolation measures", explains the former mayor of La Línea.

Separated families
Francisco Oliva, a journalist with the Gibraltar Chronicle, was seven years old when the fence closed and remembers it as a "traumatic" episode.

"My family's case is the case of many. Due to lack of space and housing, many Gibraltarians lived in La Línea or went there to spend their free time. They had girlfriends, got married and lived there. My father was from Gibraltar, my mother from La Línea", he tells EFE.

That December, "in a fairly short time" hundreds of families like hers were forced to leave their homes and everything in La Línea, or other towns in the Campo de Gibraltar, and return to the British colony before the border was closed.

"The Gibraltar government was faced with an avalanche of families overnight without homes, they had to set up military facilities to accommodate us, with communal kitchens and bathrooms, all very rudimentary".

From that moment on, Francisco Oliva's family, like so many others, could only communicate with family members in La Línea, staying at the Verja, and speaking "in the most primitive way" almost shouting "to bridge the hundred-metre distance between the two sides of the pass. This was how families got to know, for example, the new babies joining the family.

"The worst thing was being so close. My grandmother's house was a ten or fifteen minute walk from mine, and we couldn't go. It was like a Berlin Wall in southern Europe," she explains.

At a time when telephone communication was cut off and letters had to travel back and forth to the UK, dedicated song programmes were used to carry messages and some ham radio became a vital link for many.

"It was all quite sad. When I was a child I used to ask my father why we didn't jump the fence," says the journalist. Some jumped over to go to his father's funeral in La Línea, and arrived, but stopped.

Apart from that jump, the option of travelling those few kilometres that separate Gibraltar from La Línea meant "an intercontinental journey", taking a ferry from Gibraltar to Morocco and from there another to Algeciras.

The opening, which was delayed because of the Falklands War, was a "very exciting day, a tremendous joy". "I was studying journalism in England at the time, I remember perfectly how I listened to the broadcast on Radio Exterior de España, and I thought it was something that belonged to me, that affected me. That Christmas holiday I was able to return home from La Línea".

Two years later, Francisco Oliva was already working for the Gibraltar newspaper and was doing his first major report on the day that vehicles were also allowed to pass through.

Oliva, author of "Carta de amor de un gibraltareño a La Línea de La Concepción", a book of memories of that time, says that that isolation has left after-effects that "we live with to this day".

"Resentment was created, very negative feelings, a residue of that remains. We have to understand that isolation ended, for example, the aspirations of people who were 20 years old at the time. For example, musicians from Gibraltar who were beginning to make their way in Spain and could no longer do so", he says.

The new generations no longer speak Spanish
The result is that in those thirteen years "Gibraltar threw itself into the arms of the UK, which became its protector". "It was clumsiness on the part of the Spanish government", says the journalist, who explains how, since then, Spanish culture and language have been relegated in the colony. "The new generations no longer speak Spanish", he says.

Juan Carmona recalls how during that closure La Línea lost half its population. Some five thousand families left, many of them to London.

"In La Línea it was thought that with the opening to pedestrians and cars there was going to be an economic renaissance, but this was not the case. The reunion of the families, the normalisation of their contacts, has been very important, but resentment has remained", María Jesús Corrales, author of "Las expulsadas", a novel about the life of one of the women from La Línea who lost her job in Gibraltar before the closure, told EFE.

According to Corrales, it is especially noticeable in the elderly, in how intensely they live when there is any problem that could affect the border, such as Brexit.

Outside these two cities - La Línea and Gibraltar - one often does not understand the sensitivity that exists to any political movement, he stresses.