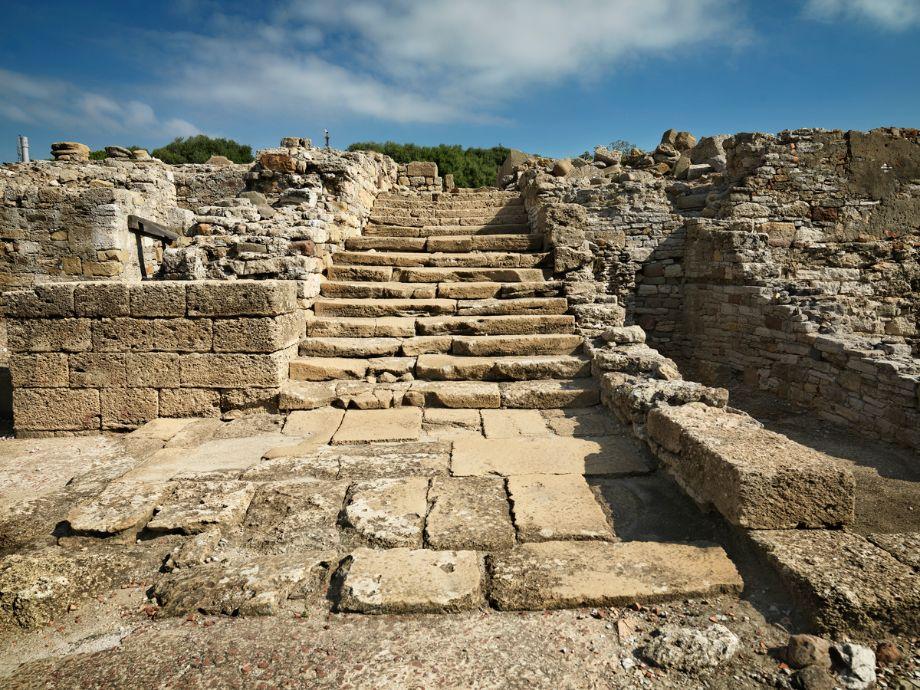 The collaboration with the Andalusian Agency for Cultural Institutions will focus this year on the unique elements of the San Roque site.

The Cepsa Foundation and the Andalusian Agency for Cultural Institutions of the Andalusian Regional Government have once again signed a collaboration agreement for the archaeological site of Carteia, located in the municipality of San Roque.

Specifically this year, thanks to the support of the Cepsa Foundation, a catalogue and study of all the hydraulic infrastructure of this Roman city will be carried out. The archaeological site of Carteia contains a significant variety of unique elements that form part of its hydraulic infrastructure and which to date have not been studied. The aim of the catalogue of hydraulic infrastructures is to make a diagnosis of the elements that are currently known and to gather all the data necessary to analyse each element, to know their characteristics, construction materials and state of conservation in order to propose, in subsequent phases, the consolidation, conservation and restoration actions necessary to enhance their value. On the other hand, work will continue in the Roman Forum, where the northeast area of the wall will be delimited, consolidated and restored.

Estrella Blanco, head of the Cepsa Foundation in Campo de Gibraltar, declared that the collaboration with the Carteia archaeological site "is part of the Cepsa Foundation's commitment to the Campo de Gibraltar region, its history and its heritage. We are going to continue along these lines, working with the Andalusian Regional Government to enhance the value of this site and to make it a more relevant enclave year after year".

Cepsa's collaboration with the Carteia archaeological site, owned by the Andalusian Regional Government, goes back more than two decades, and continues now through the Cepsa Foundation. During this time, different actions have been carried out, such as the conservation and enhancement of the Roman Circus, the interpretative circuit for visitors and historiographic studies, historical, palaeoenvironmental and palaeotopographic cartography, and the restoration and adaptation of the surroundings and accesses, among others. Thanks to this constant and close support from both institutions and the involvement of their professionals, it has been possible to carry out not only the work of cleaning up and maintaining the remains and buildings, but also archaeological research and restoration, as well as dissemination among the scientific community and the general public.

Fundación Cepsa is a non-profit organisation of general interest whose objective is to carry out actions aimed at meeting the needs and priorities of the local communities in which its founder, Compañía Española de Petróleos S.A. (Cepsa), carries out its activities. Fundación Cepsa's areas of action are social, environmental and scientific-education.