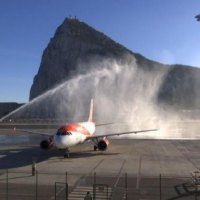 The Spanish Government has given the go ahead for the ratification by its Parliament of a number of aviation agreements between the European Union and third countries.

These agreements had been held up by Spain for years while Gibraltar was part of the EU.
PREDICAMENT
The issue, nonetheless, appears to have created a predicament for Madrid. Spain has added a Gibraltar
without-prejudice clause to these new aviation agreements. On the surface this is an odd thing to do given that Gibraltar Airport is outside the EU and these aviation agreements do not apply here. However, it seems that the very fact of their non-application has now created some sort of issue.