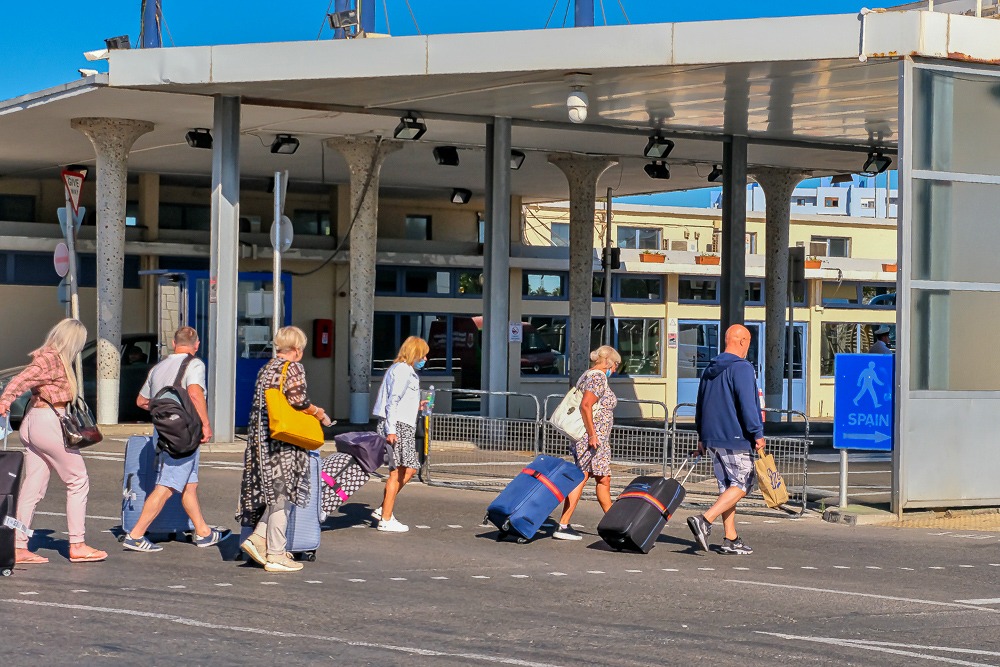 By Maria Jesus Corrales and Brian Reyes Spanish authorities have been trialling new biometric border control systems at the frontier with Gibraltar, part of contingency planning in the event that a UK/EU treaty on Gibraltar is not negotiated. ...

Spanish authorities have been trialling new biometric border control systems at the frontier with Gibraltar, part of contingency planning in the event that a UK/EU treaty on Gibraltar is not negotiated.

The new systems have been installed as part of a major refurbishment of border infrastructure and include automated equipment to scan faces, fingerprints and passports, alongside traditional manual checks by Policia Nacional officers.

They are aimed primarily at pedestrians, although Policia Nacional officers tasked with immigration duties have also trialled a tablet device that enables them to scan passports, fingerprints and faces of people in vehicles.

Spain’s Ministry of the Interior, which is responsible for border controls, has not commented publicly on the trials, which have focused on people leaving Spain.

But sources in the Policia Nacional and in Gibraltar have confirmed that the equipment has been tested on multiple occasions over the past weeks, as have commuters caught up in the trials.

One man who lives in Spain but is employed in Gibraltar expressed surprise at the extent of the controls after his passport and ID card were checked, his photo was taken and his fingerprints scanned.

“I was only trying to get to work,” he said.

The trials are usually conducted over short 20-minute periods and for most people, months after the end of the Brexit transition period, crossing the border still continues to be relatively hassle free.

But they signal the type of scrutiny that communities on both sides of the frontier can expect if efforts to agree a UK/EU treaty on Gibraltar fail to prosper.

Gibraltar, the UK and Spain say they want to agree a treaty that will guarantee free movement across the border and lay the foundations for what they describe as an area of shared prosperity.

But with the UK and Gibraltar now outside the EU and Spain’s sovereignty aspirations still in the backdrop, negotiating such an agreement will be fraught with complexity.

In Gibraltar, the Gibraltar Government said it will do everything possible to reach a deal but that it will not cross long-established red lines on sovereignty, jurisdiction and control.

While working toward an agreement, it is also preparing for a ‘no deal’ scenario.

The trials of biometric equipment at the border in recent weeks signal that Spain, while still publicly committed to a treaty, is also preparing for a scenario that everyone hopes to avoid.

If a treaty is agreed, Gibraltar could form part of the Schengen area and the controls at the land border would disappear in practice.

But without a treaty, the border will become an external EU frontier and Spain will have to apply strict controls, particularly on non-EU citizens, in order to comply with its Schengen obligations.

“The trials are a test for how the border will function as an external Schengen frontier,” one British source told the Chronicle.

Another source at the Policia Nacional told the Chronicle that in the absence of an agreement, the biometric checks would become the norm as from 2022.

All of the automated border control gates at the exit from Spain into Gibraltar have now been upgraded and are able to scan passports and ID documents, fingerprints and faces.

The new infrastructure, which is not currently in constant use, also includes a parallel route for pedestrians similar to immigration set-ups in airports, where a person’s documents can be checked manually by Spanish police officers.

The concern for people crossing the border is that the biometric checks will lead to lengthy queues given the volume of traffic, particularly at key commuter times.

For now though, the border continues to flow with relative normality, albeit subject to occasional queues.

The UK – with Gibraltar’s backing - and Spain extended the memorandums of understanding stemming from the Withdrawal Agreement until the end of October, allowing some breathing space for negotiations on the treaty.

There is no date yet set for those talks to commence, however.

The UK and Gibraltar governments held a series of meetings on the Rock this week as part of preparatory work ahead of negotiations, although officials remain tight-lipped about the nature of those discussions.

The EU has yet to formally adopt its negotiating mandate for the talks and is currently analysing and discussing draft guidelines published by the European Commission in July.

Both the UK and Gibraltar have stated that the Commission’s draft mandate, in its current form, goes beyond the framework agreement reached with Spain on New Year’s Eve and cannot form the basis for talks.

UK considers changes to Gibraltar’s Border which are “similar” to those made by Spain. The United Kingdom says it is considering making changes to the Gibraltar border "similar" to those put forward by Spain.

The United Kingdom says it is considering making changes to the Gibraltar border “similar” to those put forward by Spain. The main points highlighted in the proposals were:

This has been explained by the Gibraltarian Government in a press release in which it underlines that a series of changes in the infrastructures both at the border and in the Port are under study with a view to halting the failure of the Treaty negotiation. 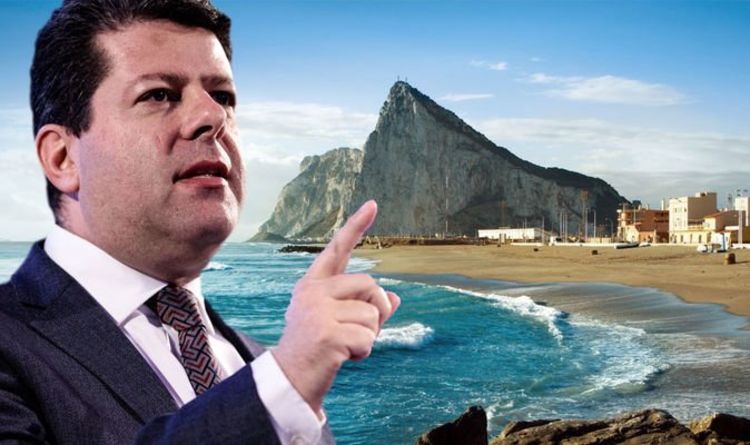 GIBRALTAR will determine and control its sovereignty, not the European Union, the chief minister of the territory has warned.

Amid the EU's increased pressure on the British Overseas Territory, Fabian Picardo claimed the Rock will continue to be part of the United Kingdom post-Brexit. In light of negotiations with the EU over the running of the crucial border, Mr Picardo insisted the sovereignty of the Rock will never be harmed. Celebrating Gibraltar's National Day, Mr Picardo said the territory will never "cede control" over its future to any foreign power.

"No one but the Gibraltarians will decide the future of this, our land.

"And we will never make or permit any concessions on our sovereignty.

"We will preserve and maintain full jurisdiction and control over our land and every part of our sea and air.

"No one but the Gibraltarians will decide the future of this, our land.

"And we will never make or permit any concessions on our sovereignty.

"We will preserve and maintain full jurisdiction and control over our land and every part of our sea and air.

Who Does Gibraltar Belong to? The Reality Will Probably Surprise You Replace the destructive policies

(Versión español arriba) The Camp of Gibraltar and the Rock of Gibraltar; Origins, Today and their Bright Future [image] Most of us know that the city of CÁDIZ was founded by Phoenicians, around 1500 – 1000 B.C. and that it was called GÁDIR (or “GAD’s city”). Later further Phoenician immigrants arrived in 722 B.C. after the Assyrian conquest of the ten-tribed kingdom of Israel. Phoenicia wasn’t a country but a region which included Israel. Later on in roman times we know that GÁDIR was called…