(The Spanish perspective)
The Minister of Foreign Affairs, José Manuel Albares, has held a meeting in Madrid with his British counterpart, James Cleverly. 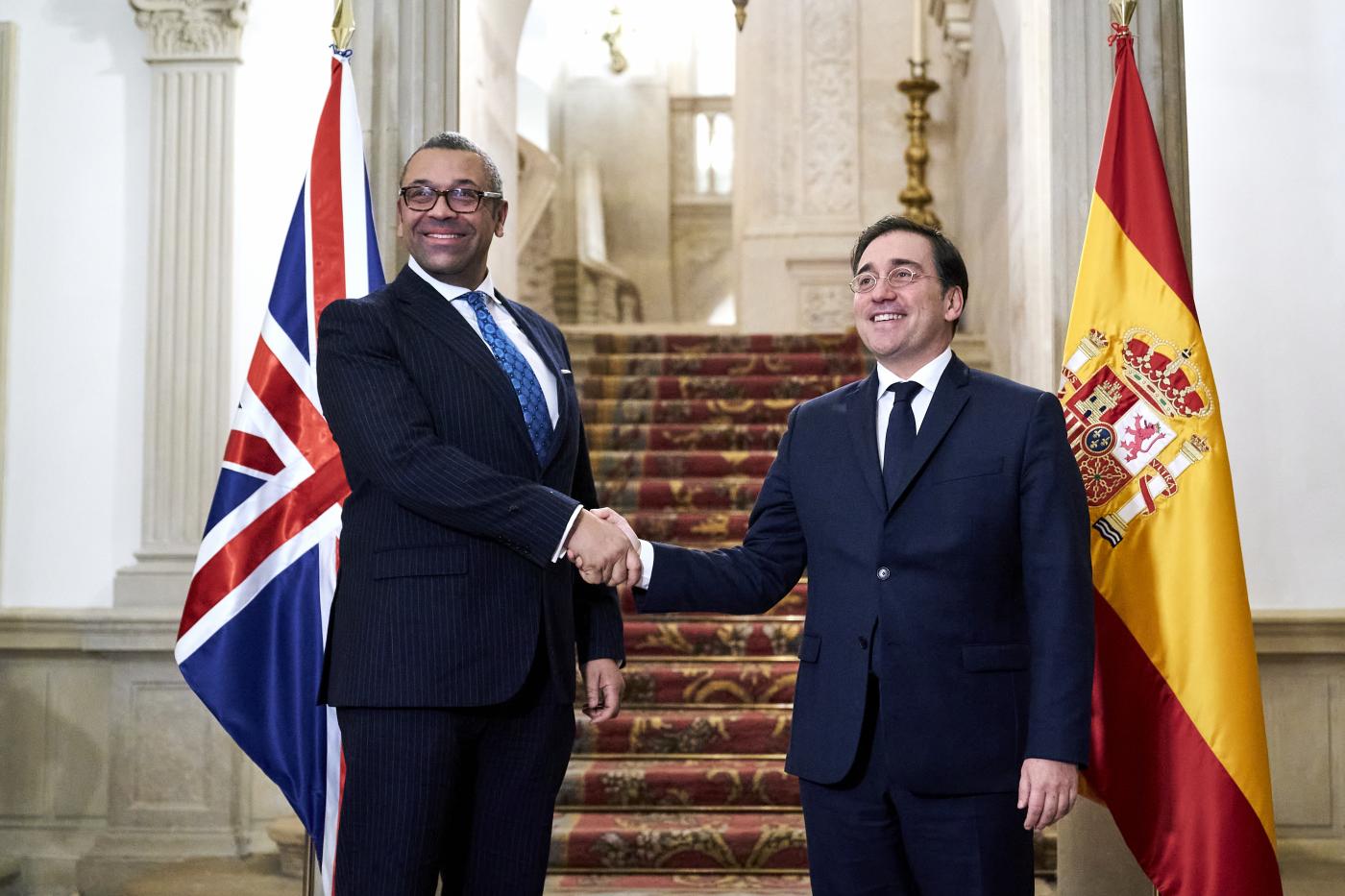 The Minister of Foreign Affairs, European Union and Cooperation, José Manuel Albares, has confirmed that within the framework of the "global proposal" that has been sent to the United Kingdom for the future agreement with the EU on Gibraltar, Frontex will continue to be deployed alongside the Spanish police to carry out border controls on entry to the Schengen area for an initial period of four years.

Albares and his British counterpart, James Cleverly, have appeared at a joint press conference in Madrid to show the "political will" of both governments that the agreement that will govern Gibraltar's future relationship with the EU after Brexit can be concluded as soon as possible, but have avoided talking about deadlines, although the minister acknowledged that the current situation cannot be maintained "forever".

Without wishing to go into detail about the stumbling blocks that remain to be overcome, Cleverly did acknowledge that "one of the issues that remains to be resolved" is precisely that of the presence of Spanish security forces on the Rock, given that the agreement on the table proposes the elimination of the frontier and Gibraltar remaining within the Schengen area without borders.

In this regard, Albares recalled that within the framework of the agreement sealed by Madrid and London on 31 December 2020, it was agreed that given that Spain, as a member of Schengen, would be responsible for guaranteeing the standards of this area, it should assume the controls at the port and airport of the Rock, but would have the support of the European border agency Frontex for a transitional period of four years.

"This will be respected", he stressed, while also confirming that the frontier will be removed and that there will be shared use of the airport.