Spain has ‘clear vision’ of what shared prosperity should be, Albares says 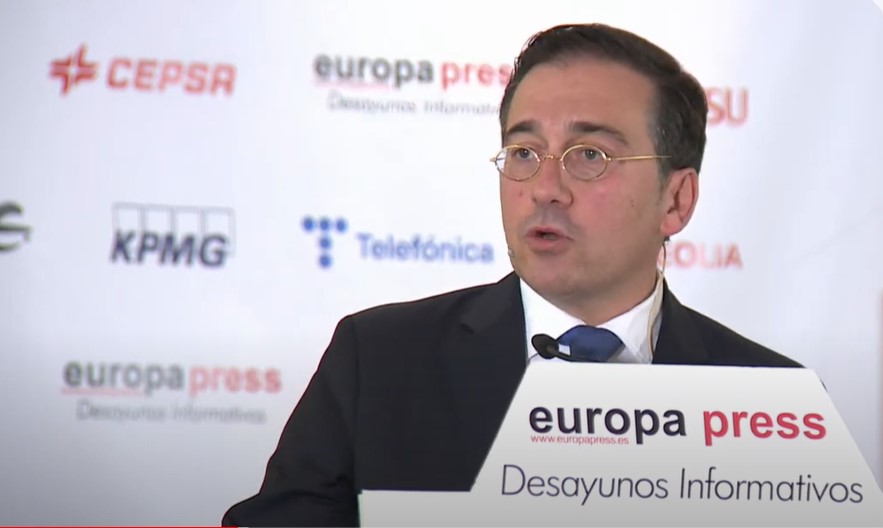 Spain has ‘clear vision’ of what shared prosperity should be, Albares says

Spain has “a clear vision” of what shared prosperity between Gibraltar and the Campo should mean in practice, the Spanish Minister for Foreign Affairs, Jose Manuel Albares, said on Tuesday, without offering any further insight into treaty talks w...

Spain has “a clear vision” of what shared prosperity between Gibraltar and the Campo should mean in practice, the Spanish Minister for Foreign Affairs, Jose Manuel Albares, said on Tuesday, without offering any further insight into treaty talks where content has yet to be agreed.

Speaking during a breakfast briefing organised by the Europa Press news agency, Mr Albares said the UK and Spain agreed that a UK/EU treaty on Gibraltar’s future relations with the bloc was “the best thing” for the region after Brexit.

But he added too that the detail of that treaty had yet to be finalised.

“We [meaning Spain] have a very clear idea of what that area of shared prosperity should be,” he added, again without offering any insight into what the meant.

“We could already start writing a first draft of that accord.”

“But to do that, we also need the United Kingdom to also be in agreement.”

“This agreement must fully respect UN doctrine regarding said territory, with which Spain is fully aligned,” Mr Sanchez said in a speech at the UN in New York.

“And it must, too, respect the legal position of my country as concerns the sovereignty and jurisdiction thereof.”

“We wish to work to develop an area of social and economic prosperity encompassing Gibraltar and the Campo de Gibraltar in their entirety.”

Mr Albares’ comments followed too statements from Chief Minister Fabian Picardo, who said all parties continued to negotiate in good faith towards a shared goal, but also urged Spain not to use tighter border checks as a last-minute tactic to add pressure.

“We all have to succeed by ensuring that all of us have been able to have a treaty which is safe and secure to all the parties and which doesn't require that any of the parties provide concession on an issue on which we will not any of us concede,” Mr Picardo said.

A formal UK/EU negotiating round scheduled for last week in London was postponed after the death of Queen Elizabeth II disrupted diaries and slowed down technical work that should have been completed in advance.

The meeting has yet to be re-scheduled but on Monday, Mr Albares said he would be travelling to London soon to meet the UK’s new Foreign Secretary, James Cleverly, for discussions on Gibraltar and other matters.

Mr Albares said he and Mr Cleverly had already spoken about the Gibraltar negotiation in a telephone call, although not in any detail.

He said the Foreign Secretary had a good understanding of Gibraltar issues from his previous role a Minister for Europe.

Mr Albares said the same too of UK Prime Minister Liz Truss, who until recently had been Foreign Secretary and had discussed Gibraltar with him on a number of occasions.

“Both of us agreed on the goal…and that the best thing is to find an agreement for a broad area of shared prosperity between Gibraltar and the Campo de Gibraltar, which are very intimately linked.” 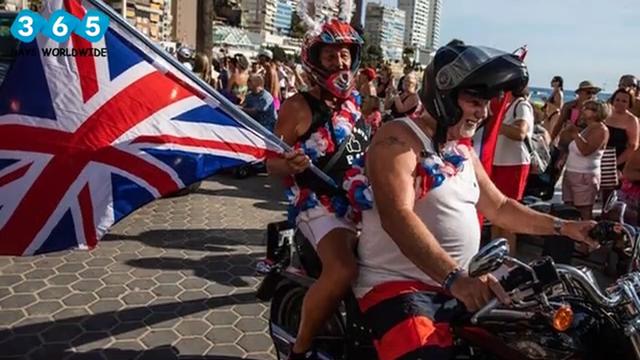 Read the post/thread at Defending-Gibraltar that contains this video: Spain has ‘clear vision’ of what shared prosperity should be, Albares says https://defending-gibraltar.net/t/spain-has-clear-vision-of-what-shared-prosperity-should-be-albares-say…

La Linea and Gibraltar also have a mutually beneficial relationship.