What a humongous change in public opinion by our Government, who are meeting with Spain in Madrid, to discuss nothing less than a Treaty. Also, what a gigantic change of view by the leadership and … Focus on negotiation for treaty between UK and EU on Gibraltar during first...

Most of the stumbling blocks for a UK-EU future relationship treaty over Gibraltar have already been dealt with and overcome during the talks late last year which resulted in the New Year’s Eve in-principle agreement, according to the UK Foreign Secretary.

Dominic Raab made the statement at a press conference from Number Six Convent Place, during his first official visit to the Rock. Mr Raab said it was a “great pleasure” and a “great honour” to be present for the first Joint Ministerial Committee in Gibraltar, with the opportunity to discuss how the framework agreed over Christmas can be turned into a legally-binding treaty with the EU.

Mr Raab said it was time to think less about obstacles and more about the potential for a “win-win”. Asked whether the UK would seek an extension if the treaty is not agreed in the six-month period given, Mr Raab said the aim is to get this done in the current timeframe; to strive for the right result and be flexible in order to achieve it.

On whether UK-EU tension over issues including vaccines and Northern Ireland could spill over into the negotiations, the Foreign Secretary said the December negotiations had built up “goodwill on all sides”. He said he was “reasonably confident” that with hard work and goodwill, the framework could be turned into a legally-binding treaty.

On the issue of whether Gibraltar would be involved in the UK’s reform of its asylum policy, Mr Raab said he could “categorically rule out” any suggestion that Gibraltar would be used to house an asylum-seeker processing centre, adding this was never something that had been “seriously” or “significantly” considered.

Dominic Raab said the UK and Gibraltar governments have an “excellent working relationship”, with a good dynamic ably served by their respective teams and officials, boding well for the weeks, months and years ahead to ensure Gibraltar can realise its full potential. He said it was important to come to Gibraltar and reaffirm the UK’s “steadfast commitment” to British sovereignty and to the stability and prosperity of the people of Gibraltar as part of the UK family.

For his part, the Chief Minister said he wanted to express the sincere gratitude of the people of Gibraltar for the UK’s support during COVID: for the supply of vaccines, and for the £500m sovereign guarantee. Also, he said, for access to the UK market in financial services, now provided for in UK law.

Fabian Picardo said Gibraltar had faced many challenges since the Brexit referendum result five years ago, and faced what appeared an “almost insurmountable” challenge last year with COVID. Despite that, he said, Gibraltar has worked with the UK in close partnership, and is able to see a way through all of those challenges – claimin the people of Gibraltar have realised now more than ever “how lucky we are to be British”.

Joint Ministerial Statement on a treaty between the UK and EU in respect of...

"It is a sad situation, which is not improved by our press media. This media churns out government press releases, which, without in depth questioning on all issues the subject of such releases, results in Gibraltar not having a free press, especially when much of our press is financed directly or indirectly (through advertising) by the public purse."

What a humongous change in public opinion by our Government, who are meeting with Spain in Madrid, to discuss nothing less than a Treaty. Also, what a gigantic change of view by the leadership and …

From the Protocols of the Learned Elders of Zion

Protocol 12 - Control of the Press

Raab highlights ‘goodwill on all sides’ ahead of treaty talks, but Spanish...

The UK and Gibraltar governments made clear on Monday that Schengen border checks by Spanish officials inside Gibraltar “would not be acceptable” as part of a treaty for the Rock’s post-Brexit relationship with the bloc, now or in the future. ...

"The UK and Gibraltar governments made clear on Monday that Schengen border checks by Spanish officials inside Gibraltar “would not be acceptable” as part of a treaty for the Rock’s post-Brexit relationship with the bloc, now or in the future.

In a joint communique issued after a whistle-stop visit by UK Foreign Secretary Dominic Raab to Gibraltar, both governments left no doubt this was a red line they would not cross."

So, we now (29th March) have an announced joint approach between the UK and Gibraltar Governments to the coming talks to achieve a treaty between the EU and the UK over Gibraltar, following Brexit …

"So, we now (29th March) have an announced joint approach between the UK and Gibraltar Governments to the coming talks to achieve a treaty between the EU and the UK over Gibraltar, following Brexit and the framework agreement. Yet already we begin to see divergences between this approach and that which was the subject of the framework agreement. A difference which is not indicative of a good start to these negotiations with Spain, as mentioned in the previous blog.

The aim of all continues to be shared prosperity for Gibraltar and the Campo, by a treaty delivering “… confidence, legal certainty and stability to the lives and livelihoods …” of the people in those areas and ensuring “… fluid and open movement of people and goods …”. All laudable objectives that, undoubtedly, are common to all parties and are stated to be so in the framework agreement.

It is interesting to see in the announcement that “Gibraltar’s British identity and the United Kingdom’s sovereignty, must be preserved.” Identity is important in the context of a treaty that will align us more with the EU/Spain than with the UK. One could not agree more, at last a mention of “identity”.

This joint statement is made in the context of reserving, as usual, the undertakings that “… the sovereignty of the people …” would not “… pass under the sovereignty of another state against their freely and democratically expressed wishes, and that no sovereignty negotiations will take place without Gibraltar being content with them.

It is reassuring, from a Gibraltar centric perspective, and worrying at the same time, to read, that if it does not prove possible to meet the requirements that the treaty be on the right terms, that Britishness will be preserved on the terms of the immediately preceding two paragraphs, which the UK believe is possible with flexibility (on both sides?), or the deal is not right for the UK and Gibraltar, then both the UK and Gibraltar are“… fully prepared to accept the implications”. Additionally, and reassuringly, but absent any specifics, that “the UK will stand fully behind Gibraltar, its people and its economy in any scenario.”

First, by preempting disagreement over Spanish Officials being on Gibraltar soil, after the expiry of the initial four years of Frontex involvement in relation to “… fluid movement of people between Gibraltar and the Schengen area.” Why, then, agree this period at all?

Secondly, by referring to the mutual interest that Spain and Gibraltar apparently have “… in fluid movement of goods between the EU and Gibraltar …” but that “Any solution should reflect the unique character and limited scale of Gibraltar’s economy … without requiring a disproportionate regulatory, legal or administrative burden.” Statements that distance us from the possibility, detailed in the framework agreement, for engagement in the Customs Union and VAT. Perhaps, such “solution” would be a convenience for Gibraltar and, possibly, Spain, but probably a huge inconvenience (to be polite) for the rest of the EU.

Thirdly, by suggesting something that is not even mentioned in the framework agreement, namely, that “the treaty should clarify the terms for the provision of services between Gibraltar and the EU, including the surrounding region.” Interestingly, the concession is made that Gibraltar is prepared “… to make level playing field commitments …” but on the same basis as for goods, namely, “… proportionate to the scale of Gibraltar’s economy and the levels of market access in the treaty, to ensure that unfair distortions do not occur.” Possibly, once again, a huge inconvenience (to be polite) for the rest of the EU.

Finally, provisions for effective proportionate governance and reflective of the nature of the treaty, whilst protecting “judicial autonomy” in the form of “… a simple Joint Committee structure, dispute settlement and interpretation of the treaty.” Does this not sound like a body, constituted with Spain (on the basis that the EU has empowered Spain on U.K.- EU matters concerning Gibraltar), over and above the Gibraltar Government dealing with all the above and other matters, listed below, envisaged to be included in the treaty?

What are these other matters? Well, they are wide, we have law enforcement and criminal justice to ensure that Gibraltar can tackle “… crime and terrorism, bring criminals to justice and protect citizens within the jurisdiction.” Additionally, “… Transport; Environmental protection; Social security Coordination, Citizens’ Rights (Frontier Workers); and Data Protection. Quite a lot that is now exclusively within the powers of our Parliament.

All in all, it will be as interesting to see any reaction from Spain as it will be to see how the negotiations progress. That Dominic Raab still speaks of keeping to the initial deadline of 30th June is a little reassuring and may belie the pessimism expressed above.

The complications are many, however, but let us hope that the welcome given in the joint announcement to “… the constructive and forward looking approach taken by the Spanish Government in these negotiations …” proves a continuing attitude. We wait to hear the approach that may be announced by the Ministerio de Assuntos Exteriores, following this joint announcement."

Some background on the Gibraltar/Spain dispute and Gibraltar's connection with the UK. 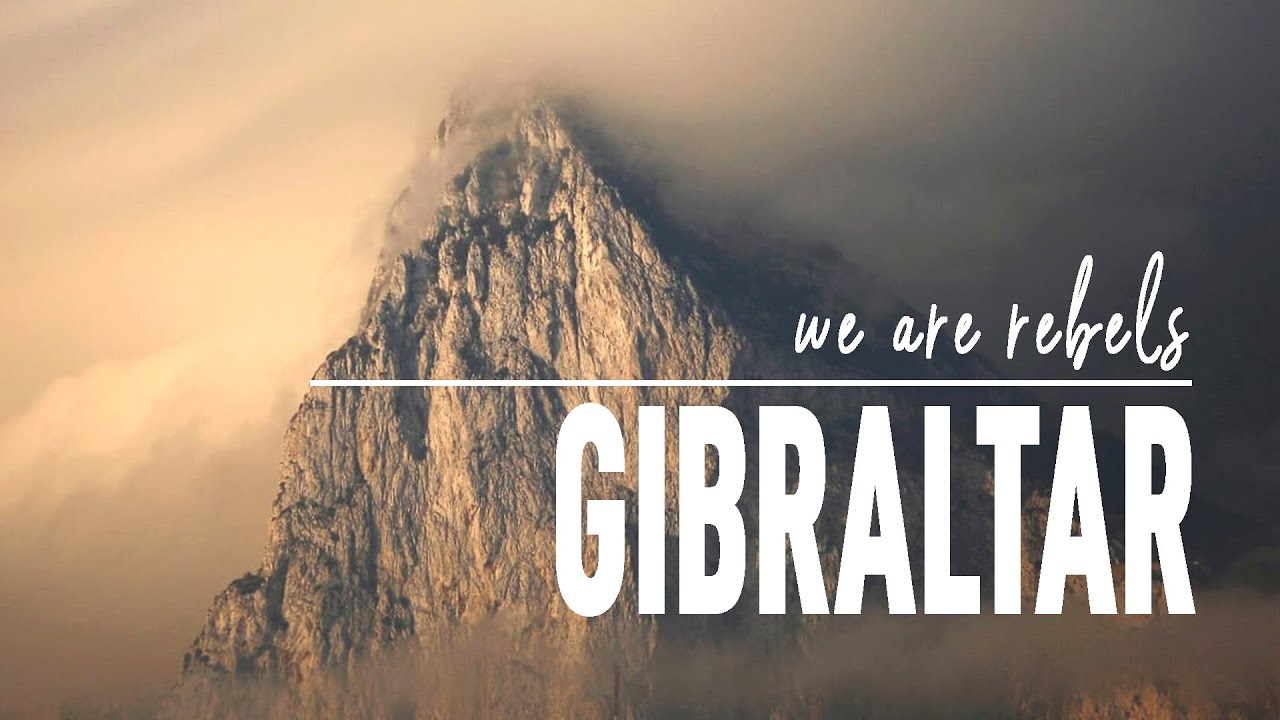 Gibraltar is the gateway between Europe and Africa, a small and mountainous peninsula which overlooks the entrance to the Mediterranean Sea in southern Spain. For more than three centuries Gibraltar has been a vital United Kingdom strategic outpost. It is a country of 6.5 square kms with a population of about 28.000 inhabitants, mainly Spanish, Italian, English, Maltese, and Portuguese. It is well known as 'The Rock'.

Military control of the Strait of Gibraltar has historically been the most important use of Gibraltar, allowing Britain to defend its trade lanes to the East. The British and Gibraltarian governments assert that Gibraltar has been effectively decolonized. On the other hand, the UN Special Committee on Decolonization maintains Gibraltar on its list of Non-Self-Governing Territories. Spain opposes any attempt to remove it from this list and Spanish commentators still describe Gibraltar as a 'colony'.

Press conference with Picardo and Raab.