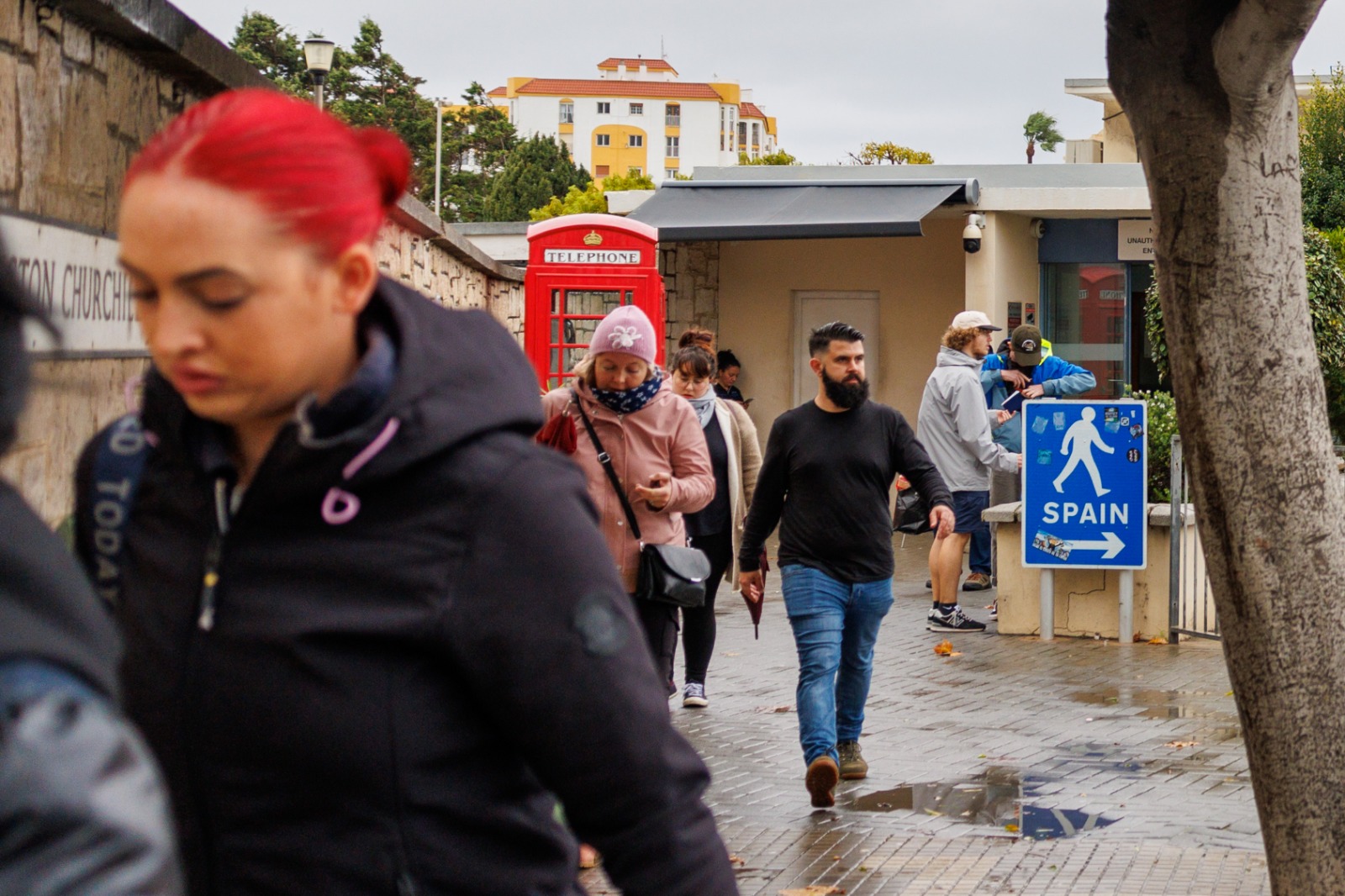 By María Jesús Corrales For cross-border workers, the optimism and commitment voiced recently by all parties in the UK/EU negotiation on a post-Brexit treaty for Gibraltar offer little comfort after years of uncertainty. Among the thousands who ...

For cross-border workers, the optimism and commitment voiced recently by all parties in the UK/EU negotiation on a post-Brexit treaty for Gibraltar offer little comfort after years of uncertainty. Among the thousands who cross daily to work in jobs across the Rock’s economy, the fear is a ‘no deal’ scenario that risks undermining their livelihoods.

Earlier this month in a series of coordinated public statements, the UK, the EU, Spain and Gibraltar reaffirmed their commitment to the negotiation, even while holding back on detail or setting out any tangible progress.

There was no hiding that complex areas of disagreement remain, but the message was one of common purpose toward the shared goal of a so-called “area of shared prosperity”.

In the Campo as in Gibraltar, all eyes are on the coming weeks when negotiators are due to resume the talks in a bid to push through to agreement. There is no deadline, although busy political calendars and looming elections here and in Spain will add urgency.

Juan Carlos Ruiz Boix, the PSOE mayor of San Roque, president of the Diputacion de Cadiz and the party’s general secretary in the province, earlier this week called on negotiators to show “greater courage” and reach a deal to protect the interests of communities on both sides of the border.

For the 15,000 workers resident in Spain who cross the border daily – some 10,000 of them Spanish nationals – and who in turn contribute significantly to the Campo economy, that is a plea that resonates.

One of the sectors that employs a significant number of cross-border workers is online gambling, with more than 500 people crossing the border every workday.

Among them is Jorge Gutiérrez, a Spanish national, working at one of the largest gaming firms in Gibraltar.

“My worst fear is losing my job due to a failure to reach an agreement and crossing the border becoming difficult,” he said.

“And that the businesses in my field cut the workforce or just relocate to another country because the conditions of a ‘no deal’ aren’t right for them.”

A hard Brexit “would be a serious blow to the economies of Gibraltar and the Campo de Gibraltar,” he added.

Mr Gutierrez is worried too that workers’ rights should be protected by any treaty.

“I would like it if there was an agreement on taxes and access to healthcare,” he said.

“It is an opportunity to revise pension provisions for cross-border workers. It’s not fair that, ultimately, one person receives a poorer pension than the others.”

“For example, a great opportunity for La Línea and the rest of the Campo de Gibraltar to benefit economically from the online gaming industry is not being seized,” he said.

“On this matter, Ceuta has seen the opportunity and the number of people there employed in that industry has greatly expanded.”

“It would be very beneficial if routes to cooperation could be agreed, such as incentives for businesses to base themselves in the Campo de Gibraltar, and cross-border meetings and forums, not only in the online gambling industry but in others too.”

His colleague Pedro Caramelo also fears a ‘no deal’ with “crossing the border becoming more difficult for workers resident in Spain, making planning for the future more complicated.”

“That’s why I am hoping that there is an agreement and that it leads to fewer complications,” he said.

In a restaurant on Chatham Counterguard in the run-up to Christmas, a Spanish, Moroccan, Argentinian, Russian and Italian workforce discussed the latest developments on the treaty.

It was a conversation that was being echoed in other establishments.

For María Ángeles Delgado, a 56-year-old cook’s assistant from La Línea, the lack of solid information and detail is what worries her most.

“I think the biggest concern is that the majority of cross-border workers are not being kept informed about what is going to happen, or what is being debated at the negotiations, and that causes me a lot of worry,” she said.

Ms Delgado has worked in restaurants in Gibraltar for 18 months now and hopes an agreement is reached “that sorts out our healthcare coverage in Spain, our unemployment benefits, and keeps the border flowing.”

“It’s hard enough already with the airport, working out when to go across so that you don’t get caught by a closed-off runway and can be at work punctually,” she said.

Jennifer Reyes, a young Spanish national, is also very concerned about what the negotiations could bring.

“I have worked in Gibraltar for 15 years so far,” she said.

“I don’t understand much about Brexit, so I am very worried that I’ll lose my job, which is what we all rely on.”

But Elena, a 41-year-old Italian waitress, had a simpler, perhaps more hopeful stance on the situation.

“As an employee, I do not hope for or fear anything because we work here and we should continue to be able to work here,” she said.

“That is how I feel it should be, and how I think it will turn out.”