Fighting heart and soul for Gibraltar every day 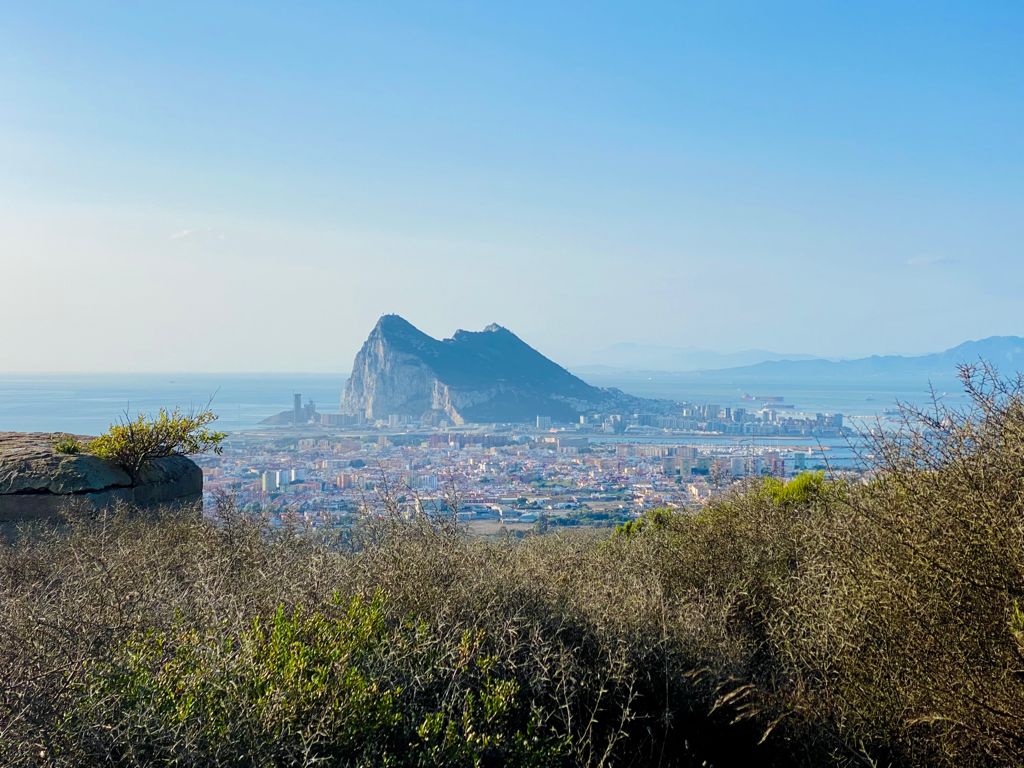 Fighting heart and soul for Gibraltar every day

by Chief Minister Fabian Picardo In his recent Opinion Piece, the Leader of the GSD Opposition, Keith Azopardi, suggested that the truth no longer mattered to me. He is completely wrong about that and so much else. The truth matters to me today...

The key sentence below in this continuation of the punch and judy show may be this one:- "In recent weeks, he {opposition} pretends to persuade Gibraltarians that the announcements of intended foreign direct investments in Gibraltar are somehow a bad thing."

When will the GSLP let it be know who is the creditor for the 300 million GBP loan to GOG? Where 6 local housing estates were put up as colateral for this loan.

"I met demonstrators last Monday who were expressing views on issues that passionately matter to them and some of which the Government is already committed to addressing."

To be clear, he met with one demonstrator accepted the letter and then high tailed it back into no.6!

In his recent Opinion Piece, the Leader of the GSD Opposition, Keith Azopardi, suggested that the truth no longer mattered to me. He is completely wrong about that and so much else. The truth matters to me today as Chief Minister as much as it ever did to me as a young, idealistic lawyer and as Leader of the Opposition.

What is definitely true, however, is that these days, Mr Azopardi’s every word and step are cynical manipulations transparently designed to advance his political ambitions.

He is always saying and doing things to beat me and to become Chief Minister.

As your actual Chief Minister, I am always working with my teams to do things to protect Gibraltar and our way of life and to improve our community and nation.

These days Mr Azopardi is using language designed to imitate the style of other populist politicians from countries far larger than our own.

He is acting just like Pablo Casado in Spain who argues that everything the PSOE do is wrong, whatever the measure may be.

Luckily, in our politics, I believe that the Gibraltarian is not easily fooled.

Some of our louder elements may be more fickle and easier led, but the vast majority can see through political bluster.

In fact, it is actually Mr Azopardi who is uninterested in the truth and who is treating our community with contempt by trying to mislead our citizens.

Mr Azopardi’s most recent tactic is to try to turn everything that is good into a negative.

Every virtue is portrayed as a sin and every obvious sin the GSD perpetrated in Government is presented as a virtue, even though as the former leader of the PDP Mr Azopardi was highly critical of many of the things he now praises of his current party’s time in office.

In recent weeks, he pretends to persuade Gibraltarians that the announcements of intended foreign direct investments in Gibraltar are somehow a bad thing.

A huge and positive virtue is presented as if it were a terrible vice.

The transparent truth is that the tender and expressions of interests process is designed to ensure we get the best deal for the taxpayer – and that is what we have done in every tender process since we were elected.

In fact, the deal we have done is the deal that produces the largest premium per square metre of land in our history.
That is in your best interests as a taxpayer.

That is how we have found the best, most advantageous commercial arrangements in respect of the Eastside and Bayside projects for you, the taxpayer.

We, on the other hand, have not done what Mr Azopardi’s party did with Midtown – which was a direct allocation for LESS than the market value.

That was a good old GSD scandal.

Two wrongs do not make a right – and that is why we have not followed their improper path.

Mr Azopardi’s position on these investments is just one more variation on the theme of his politics.

He is determined to run a Trump-like campaign where every truth is turned into a lie and his every lie is presented as an unimpeachable truth.

Keith Azopardi has left aside his long avowed ‘reasonableness’ and is now determined to rubbish good news or to introduce his toxicity into the narrative of every issue facing our community.

This does Gibraltar no favours.

In the long term, it will do the GSD no good either.

People can see that Mr Azopardi is relishing rubbishing everything.

He seeks to criticise so aggressively that his actions can actively threaten and jeopardise positive developments that are good for Gibraltar.

The fact of the matter is that to fight for the heart and soul of a community you must be willing to put the community first, to give everything.

That is how I have done the job of Chief Minister since the day I was elected.

I will continue to do so for another term if my party and you wish me to.

The past five years have been really hard.

Since the result of the Brexit referendum and especially so since March 2020 when COVID hit us, running Government in Gibraltar has been the most difficult job I have ever done and am ever likely to do.

I dare say even my political opponents preferred to see me having to shoulder the burdens of governing these past 20 months.

The pandemic has seen us bury almost 100 of our people and has made us lose two precious years on our projects.

Covid has also decimated our public finances as a result of the payments the GSD urged and agreed we should make to ensure workers had enough to feed their families.

He is determined to run a Trump-like campaign where every truth is turned into a lie and his every lie is presented as an unimpeachable truth.

Fabian Picardo is a rude man.

I'd like to know (though not a Gibraltarian) more about that billion pounds off the books hidden debt under the leadership of shyster Mr. Picardo that Keith Azopardi has talked about.

Picardo is out of touch with the people of Gibraltar.

He is also out of touch with reality.

The thing about politicians is that they are actors. They expect you to believe their performances; and are baffled when you don't. Same goes for liars.

The elderly were purposely euthanized. This will eventually come out.

Decimating the public finances was all part of the their evil plan. The Banksters want it all.

His arrogance is stomach-turning, but maybe he is attacking Keith because he can't attack locals for ALL their grievances, as that didn't turn out well for him recently, when he criticized Henry Pinna.

Or maybe he's getting nervous. Daniel 5:25 And this [is] the Writing that was written, MENE, MENE, TEKEL, UPHARSIN.
5:26 This [is] the interpretation of the thing: MENE; God hath numbered thy kingdom, and finished it.
5:27 TEKEL; Thou art weighed in the balances, and art found lacking (unworthy).
5:28 PERES; Thy kingdom is divided...

There are extreme and significant admissions, hidden away in the depth of today’s Gibraltar Chronicle ramblings of GSLP Chief Minister, Fabian Picardo, which highlight the dismal state of play of p…

There are extreme and significant admissions, hidden away in the depth of today’s Gibraltar Chronicle ramblings of GSLP Chief Minister, Fabian Picardo, which highlight the dismal state of play of politics in Gibraltar today.

One is his admission that our public finances are not just in a ‘bad way’, but rather are ‘decimated’, which, at one extreme. can mean ‘wiped out’, but another to reduce, diminish decrease or weaken, but in any event, with some element of extreme.

Another is that his politics is about ‘truth’ mattering to him, and that Mr. Azopardi is cynically manipulating to advance his political ambition. On Mr. Azopardi, we can agree to a small degree. But is that not also what you, Mr. Picardo, are so good at doing, with your continuous party-political spin, wrongly paid for by the taxpayer?

Clearly party politics in Gibraltar is about the naked ambitions of individual party leaders, currently Mr. Picardo, Keith Azopardi for the Gibraltar Social Democrats (GSD), and Marlene Hassan-Nahon for Together Gibraltar. Gibraltar, and its wellbeing come second to that. All can judge the truth or otherwise of that statement, by the way Gibraltar is governed.

So, ‘hearts and souls’, which Mr. Azopardi and Mr. Picardo both write about, have little to do with much at a party-political level, beyond each party acting in a manner that attracts votes and consolidates the power of one, or other, party leader for as long a term in office as can be achieved by the manipulation of minds with our money.

The blame for the state of our public finances is put by Mr. Picardo, squarely on the Covid pandemic (oddly he fails to mention Brexit). He justifies this statement by alluding to Danny Feetham of the GSD, having said that, irrespective of where our public finances were at the start, the result, following the pandemic, would have been the same.

Mr. Picardo, of course Covid would have affected our public finances, but not ‘decimated’ them, as you now admit it has done, had we started from a stronger financial base.

A financial base that would have been made stronger by less recurrent public expenditure, more prudent financial government, less public borrowing, and, possibly, with the Government having reserves of some substance, as Sir Joe Bossano’s GSLP administration put aside, in his days.

What Mr. Picardo fails to identify, because it does not suit his spin, is that the starting point was bad because the GSD begun that wasteful and reckless profligate process, and it was worsened by the GSLP-Liberal Alliance Government under Mr. Picardo.

The motive of each being the quest for and desire to remain in power, hence Mr. Feetham’s position. No one can believe that the end position would have been the same, had the starting position not been one of greater financial stability.