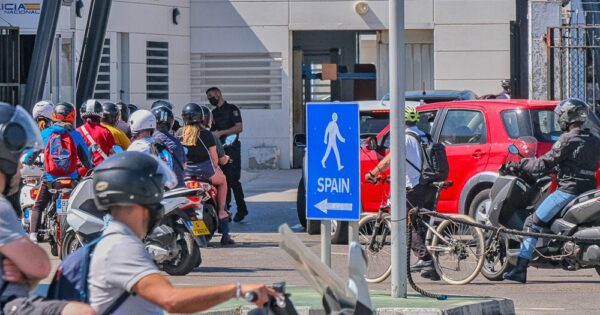 A new automated EU border control system due to come into force in May has been delayed to the end of 2023, amid continued concern about the practical impact of its introduction. Under the planned Entry/Exit System, non-EU nationals entering the...

ent has stated previously that it will apply reciprocal immigration checks and has already drawn up plans to install automated border gates, funded in part by the UK, in the event treaty talks end in no deal.

On the Spanish side of the frontier, immigration officials are also fine-tuning plans to put the EES system into place in the event UK/EU negotiators fail to reach agreement.

Last December, before the launch date was pushed back, a Spanish source acknowledged that the new system would be “a major change” that would “not be easy to implement or manage”.

The EES is aimed at speeding up immigration procedures for non-EU nationals through automation, but many EU countries fear it will in fact slow them down.

Some countries believe clearance procedures could take up to four times longer than at present.

The issue is sensitive for the EU.

The Chronicle contacted the Council of Europe seeking access to a report collating the views of EU member states, including Spain, on the impact the new system could have at external Schengen borders including with Gibraltar.

The document was discussed at a Council meeting late last year but is not available publicly.

But our request was refused.

“The objective of these documents is to serve as a basis for discussion with experts who are preparing for the entry into operation of the EES,” the Council of Europe’s General Secretariat said in response to the Chronicle’s document request.

“The issues discussed concern concrete and very practical topics which need to be addressed before the Council can reach an agreement.”

“Release into the public domain of the sensitive information contained in both preparatory documents would clearly put delegations under additional pressure of external stakeholders.”

“This pressure being already quite perceptible, granting access to detailed operational information contained in both documents would not only give arguments and additional flexibilities to external stakeholders but also reveal potentially weak spots to less well-intentioned persons.”

“Disclosure of the documents at this stage would therefore seriously undermine the decision making process of the Council.”

“As a consequence, the General Secretariat has to refuse access to these documents.”

The introduction of the EES in May is a first step toward the EU’s new European Travel Information and Authorisation System [ETIAS], which will be rolled out in November 2023.

British nationals will not require a visa to travel to EU countries but will have to register for authorisation from ETIAS and pay seven euros for a three-year visa waiver, much like the US ESTA system that has been in place for some years.

Spanish authorities have installed self-service kiosks at the border through which travellers will be able to pre-register their biometric details on the EU database for use with EES and ETIAS.