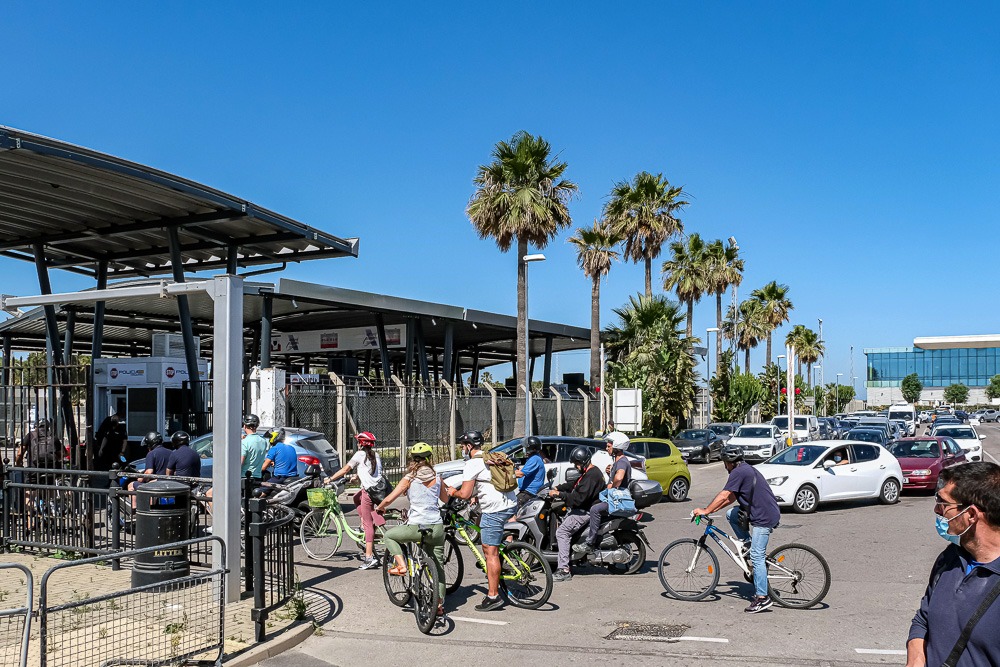 European Union ambassadors on Friday approved a negotiating mandate for talks with the UK on treaty for Gibraltar’s future relations with the bloc, which could start as early as this month. The mandate was approved at a meeting of Coreper II, th...

1st October 2021
European Union ambassadors on Friday approved a negotiating mandate for talks with the UK on a treaty for Gibraltar’s future relations with the bloc, which could start as early as this month.

The mandate was approved at a meeting of Coreper II, the EU committee of member states’ permanent representatives that deals with foreign, economic, general, justice and home and financial affairs.

It has yet to be adopted by the European Council at ministerial level, but following the approval of Coreper II, this final step is a formality that could happen within days.

In Gibraltar on Friday, Attorney General Michael Llamas, QC, who has played a central role in Gibraltar’s Brexit negotiating team since the referendum in 2016, indicated treaty negotiations could start as soon as this month.

He expressed the hope too that the final EU mandate, which is not yet public, will incorporate changes from the draft published in July by the European Commission, and which received a cold response from both the UK and Gibraltar.

Among the key concerns was that the draft mandate made no reference to the role that Frontex is expected to play in implementing any Schengen arrangements for Gibraltar, as set out in the framework agreement reached by the UK, Spain and Gibraltar on New Year’s Eve.

“It is expected that the final draft of the mandate will be adopted very shortly and we are both confident and hopeful that it will have been amended to record the role that Frontex will play,” Mr Llamas said during a speech at the Ceremonial Opening of the Legal Year in the Supreme Court in Gibraltar.

“We anticipate that the first round of negotiations with the EU will take place during this month of October.”

“Recent events in the UK, with the shortage of petrol supplies, has acted as further evidence as to why the UK’s own treaty with the EU would not have been a good one for Gibraltar, and why a bespoke solution for Gibraltar was essential.”

“It is remarkable, if I may so, that notwithstanding the fact that no treaty has been in place for Gibraltar since the end of the transitional period under the Withdrawal Agreement, the Government has managed to preserve a great level of the status quo, not least on border fluidity.”

Mr Llamas said the New Year’s Eve framework agreement was the culmination of “many months of intensive negotiations” led by the Chief Minister, Fabian Picardo, the then UK Foreign Secretary, Dominic Raab, and the then Spanish Minister for Foreign Affairs, Arancha Gonzalez Laya.

He said it addressed the Gibraltar Government’s core objective, which was to deliver fluidity for the movement of persons across the land frontier with Spain.

The agreement envisages a regime where both Gibraltarian and Schengen immigration checks will be operated at the Gibraltar airport and port.

Under the framework agreement it will be Frontex, the EU’s Border Agency, which will carry out the Schengen checks.

It remains to be seen whether the EU negotiating mandate adopted today will reflect that in its text.

The framework agreement also provides for the possibility of a bespoke regime for the movement of goods, environmental and labour protection, law enforcement and judicial cooperation, Mr Llamas reminded guests at the Supreme Court event.

It will also contain its own governance provisions, including an institutional framework and a dispute resolution mechanism.