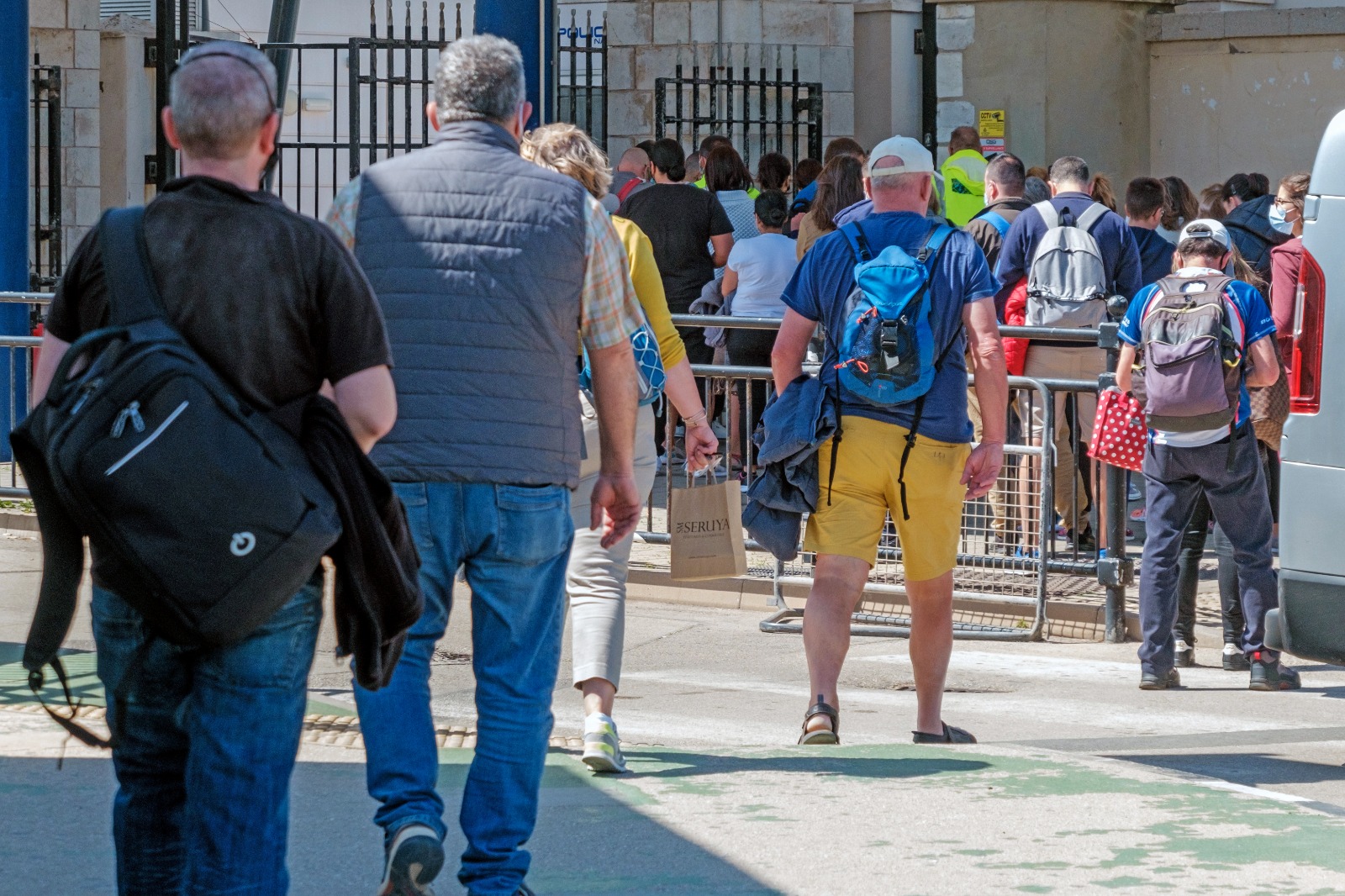 • Govt raises border checks with Spain and UK, but warns of ‘legal reality’ for British citizens post-Brexit By Brian Reyes and Maria Jesus Corrales Negotiations for a UK/EU treaty on Gibraltar’s post-Brexit relations with the bloc will...

Negotiations for a UK/EU treaty on Gibraltar’s post-Brexit relations with the bloc will continue in the coming weeks, the European Commission confirmed on Tuesday.

Negotiators had hoped to seal an agreement by Easter but against the backdrop of Covid disruption and the Europe-wide focus on the response to the Ukraine crisis, that target has slipped.

“Talks will continue but I cannot confirm exact dates or locations just yet,” a Commission official told the Chronicle.

It is likely however that the negotiating schedule will slip into next month, the Chronicle understands.

Negotiators from the UK – including Gibraltar – and the Commission have so far held seven rounds of talks in a bid to hammer out a complex treaty to guarantee frontier fluidity for people and goods by establishing a common travel area between Gibraltar and the Schengen area.

They are seeking to find a formula that protects the interests of communities on either side of the frontier while respecting long established red lines on sovereignty, jurisdiction and control.

The negotiations are being conducted with absolute discretion and few details of the content of the talks or any areas of disagreement have been confirmed to date.

However, all sides have repeatedly stated that they remain positive a deal is possible and that the common goal is to create what has been described as an “area of shared prosperity”.

At the end of March, Chief Minister Fabian Picardo said he remained “strongly optimistic” that a deal was possible by Easter “or shortly thereafter”.

And the Spanish Government recently said in response to a question in the Spanish Parliament that the talks had entered “the decisive phase” and were being conducted “in a constructive spirit”.

Earlier this month, Commission Vice President Margaritis Schinas expressed a similar sentiment and acknowledged the impact issues such as Ukraine had had on the negotiating timetable, adding deadlines “are not useful” and that negotiators would “continue working toward an agreement”.

So far, pending the outcome of the talks, Spain has maintained interim measures at the border for Gibraltar residents with British passports and red ID cards, who are able to cross into Spain much as they did prior to the UK and Gibraltar’s departure from the EU on January 31, 2020.

Other non-EU nationals – including Gibraltar residents with blue ID cards – have been subject to stricter controls including wet stamping of passports, in line with the requirements of the Schengen border code at the EU’s external borders.

But there were signs this week that Spain may be applying a more robust interpretation of those rules for non-EU nationals who do not hold a red ID card.

There were reports at the weekend that some non-EU nationals hoping to cross into Spain for a day trip - including British residents of Gibraltar with blue ID cards - had been turned back.

Schengen rules require “third country nationals” – meaning anyone with a non-EU passport, including those from countries like the UK which do not require a visa for entry – to justify their reason for travel and provide documentary proof of where they will stay, proof of their date of return and evidence that they can fund their time in the Schengen area.

The change at the border on Monday appeared to reflect a stricter interpretation of the rules than has previously been the case, with many people crossing being asked to provide proof in support of their trip in line with the Schengen requirements, and some day trippers being turned back.

Despite the evidence on the ground, a spokesman for Spain’s Ministry of the Interior played down the reports.

“There has been absolutely no change to the criteria for document controls to access Spain,” he told the Chronicle.

“The same documents are required as has been the case since the UK’s exit from the EU.”

He insisted too that holders of Gibraltar red ID cards could continue to cross as normal and, in sharp contrast to the experience of some people at the border, that holders of blue ID cards with non-EU passports could also cross even for short visits.

Against the backdrop of conflicting reports and confusion as to whether there had indeed been a change at the border, the Gibraltar Government said earlier this week that it had taken the issue up with both Spain and the UK.

On Tuesday, however, a spokesperson for No.6 Convent Place said too that the controls arose from Spain’s obligations under Schengen rules, warning that in the absence of an agreement on a UK/EU treaty, the same requirements would apply to all Gibraltar residents with non-EU passports, irrespective of the colour of their ID card.

“The fluid movement of persons across the border between Gibraltar and Spain remains a key part of the envisaged agreement for the future relationship of Gibraltar with the European Union,” the spokesperson told the Chronicle.

“Until that agreement has been concluded, Spain is bound to apply the EU Schengen Border Code.”

“This provides for a greater intensity of controls at the border on what the EU terms third country nationals.”

“The code obliges border guards to check and stamp passports and also to question border crossers on matters like the purpose of their visit to the Schengen area and to request proof of their means of subsistence.”

“Gibraltarian residents of Gibraltar who hold red identity cards have been temporarily exempted by Spain from this requirement pending the negotiation of a new treaty.”

“However, in the event of no treaty the full application of the Schengen Border Code would be the default position for everyone who is not an EU national including Gibraltarians.”

“The Government has already raised the issues which arose in some instances this weekend, but sadly this must be seen against the wider context of the legal reality which exists for British citizens as a result of Brexit.”