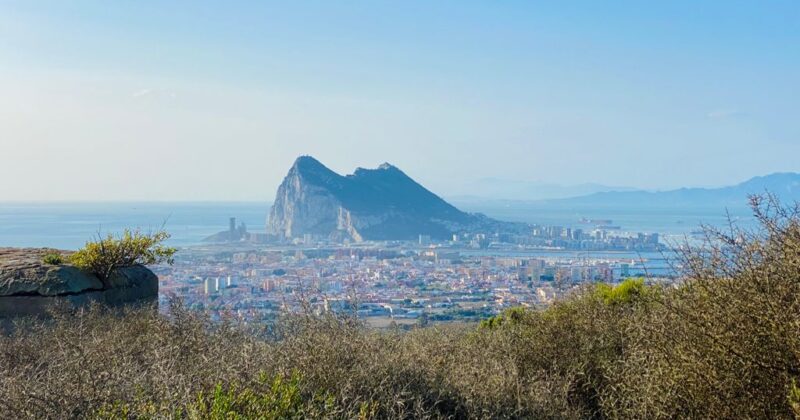 Foreign Secretary James Cleverly will meet his Spanish counterpart, Jose Manuel Albares, in Madrid today against the backdrop of the ongoing negotiation for a UK/EU treaty on Gibraltar’s future relations with the bloc. Negotiators are continuing...

Foreign Secretary James Cleverly will meet his Spanish counterpart, Jose Manuel Albares, in Madrid today against the backdrop of the ongoing negotiation for a UK/EU treaty on Gibraltar’s future relations with the bloc.

Negotiators are continuing with talks this week as they work toward an agreement that will guarantee frontier fluidity after Brexit while respecting longstanding red lines on sovereignty, jurisdiction and control.

The meeting was announced by Spain’s Ministry for Foreign Affairs on Wednesday morning and comes too on the eve of the 40th anniversary of the reopening of the border on December 15, 1982.

Despite a lack of public detail about the content of the Gibraltar negotiation, all sides have repeatedly expressed a willingness and desire to reach a deal that will lay the foundations for what has been described as “an area of shared prosperity” between Gibraltar and the Campo.

But there was confirmation too in recent weeks that despite having brought positions closer, there were still complex areas of difference between the two sides even after 11 formal rounds of negotiation and constant work in between.

Negotiators had hoped to seal an agreement before December 31 this year, but there is no formal deadline for the talks to conclude one way or the other.

Chief Minister Fabian Picardo will give a press conference at No.6 Conevt Place at 7pm after the meeting in Madrid, which will be joined by Gibraltar representatives when it covers Gibraltar issues. 'Significant progress' made on UK/EU Treaty on Gibraltar but proposals need...

Significant progress has been made on the negotiations towards an EU treaty for Gibraltar, but proposals still need to be polished.

This is according to the UK Foreign Minister, James Cleverly, who met with his Spanish counterpart Jose Manuel Albares in Madrid today.

James Cleverly said it was a prize worth pursuing, but that issues need to be resolved.

He reaffirmed his commitment to the people of Gibraltar that nothing would be agreed that would compromise sovereignty.

He spoke of the long-standing bilateral relationship between the UK and Spain, and how they're working to create deeper and stronger ties on global issues.

For his part, Jose Manuel Albares said there was no firm deadline yet in place for the treaty, but that negotiations cannot go on indefinitely.

He said Spain has already put forward its proposal. 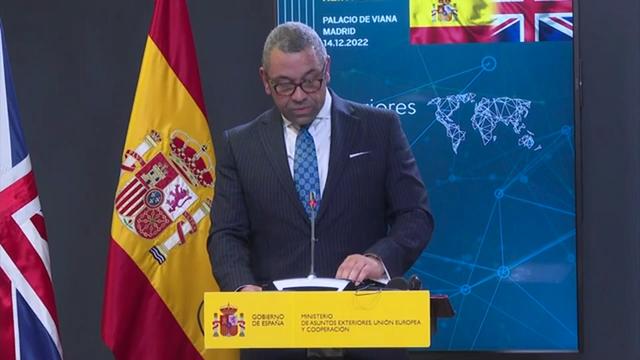 Significant progress made on Gibraltar Treaty but proposals need polishing...

For further research see the post/thread at Defending-Gibraltar that contains this video: Cleverly and Albares meet in Madrid against backdrop of Gib treaty talks https://defending-gibraltar.net/t/cleverly-and-albares-meet-in-madrid-against-backdrop…

Significant progress made on Gibraltar Treaty but proposals need polishing... 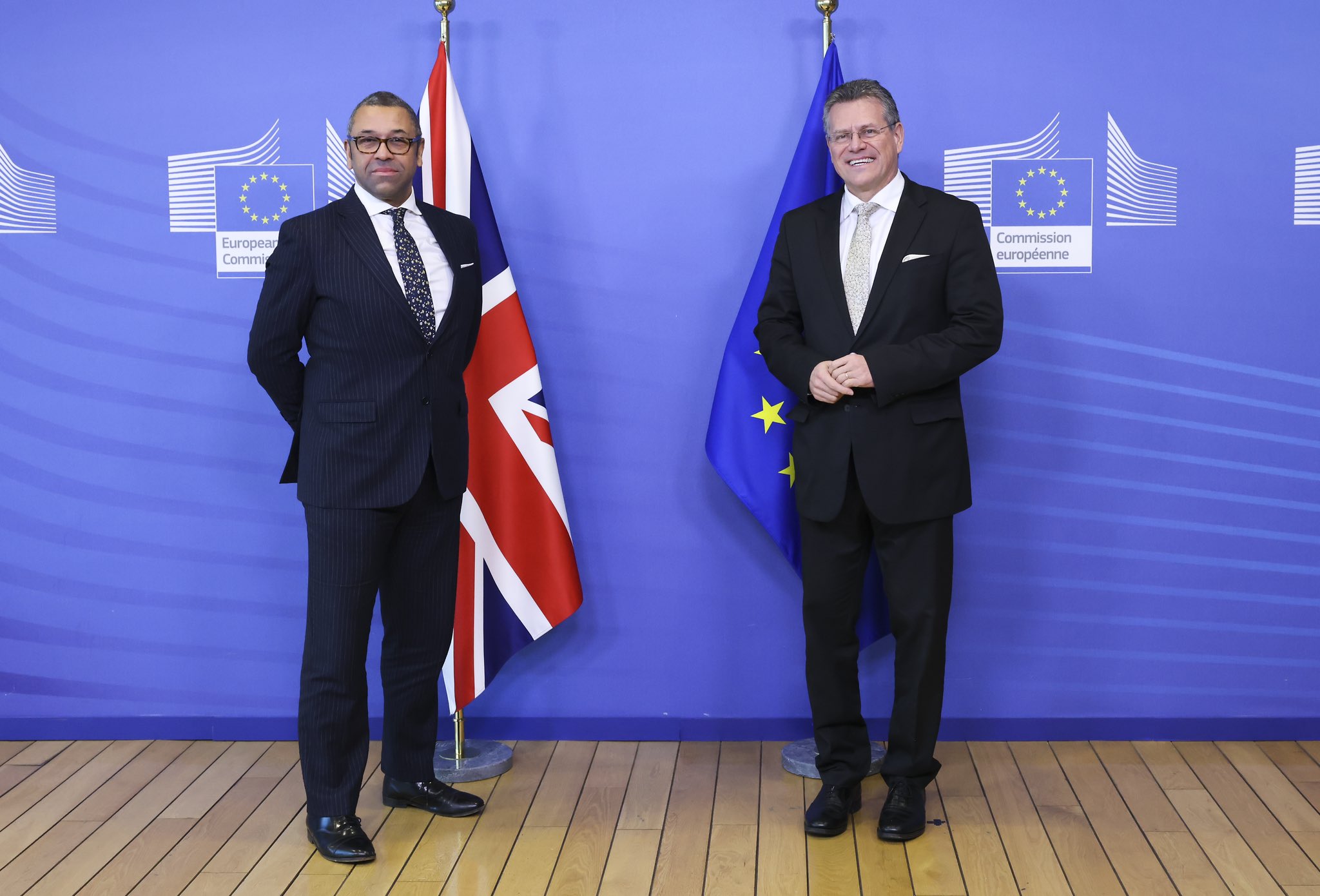 The European Commission on Friday reconfirmed its support for a UK/EU deal on Gibraltar’s post-Brexit relations with the bloc, adding it was ready to “intensify further” the pace of the negotiation toward a deal. The message came from Commis...

The European Commission on Friday reconfirmed its support for a UK/EU deal on Gibraltar’s post-Brexit relations with the bloc, adding it was ready to “intensify further” the pace of the negotiation toward a deal.

The message came from Commission vice president Maroš Šefčovič, who leads the negotiation for Brussels, and followed a meeting with UK Foreign Secretary James Cleverly.

It also came after earlier statements on Wednesday in which the UK, Spain and Gibraltar also reaffirmed their commitment to achieving a treaty “as soon as possible”, despite remaining complex areas of disagreement that have so far made that goal unattainable.

In a tweet, Mr Šefčovič said the Commission “stands ready to intensify further the pace of [UK/EU] negotiations on Gibraltar”.

“I confirmed this commitment - as well as our support for the [Spain/UK] work towards a deal - to both [Spanish Foreign Minister Jose Manuel Albares] and [UK Foreign Secretary James Cleverly] today.”

The statements from all four key parties in the negotiation signalled clearly that talks will continue into the New Year.

While negotiators had hoped to seal agreement by December 31, Mr Albares and Mr Cleverly said on Wednesday “there was never a firm deadline” set, although the Spanish Foreign Minister added too that the negotiation could not go on “eternally”.

The lack of tangible progress has proved frustrating for people on both sides of the border who had hoped for a pre-Christmas breakthrough that would dispel mounting uncertainty about the future.

Keith Azopardi, the Leader of the Opposition, was cutting in his assessment of the latest developments on Wednesday night.

“A bilateral and total damp squib of a press conference between the UK and Spanish foreign secretaries in respect of Gibraltar, raising expectations after 11 rounds of talks but showing not much progress at all,” he tweeted shortly after the press conferences in Madrid and Gibraltar.

“People will be disappointed at continuing uncertainty.” 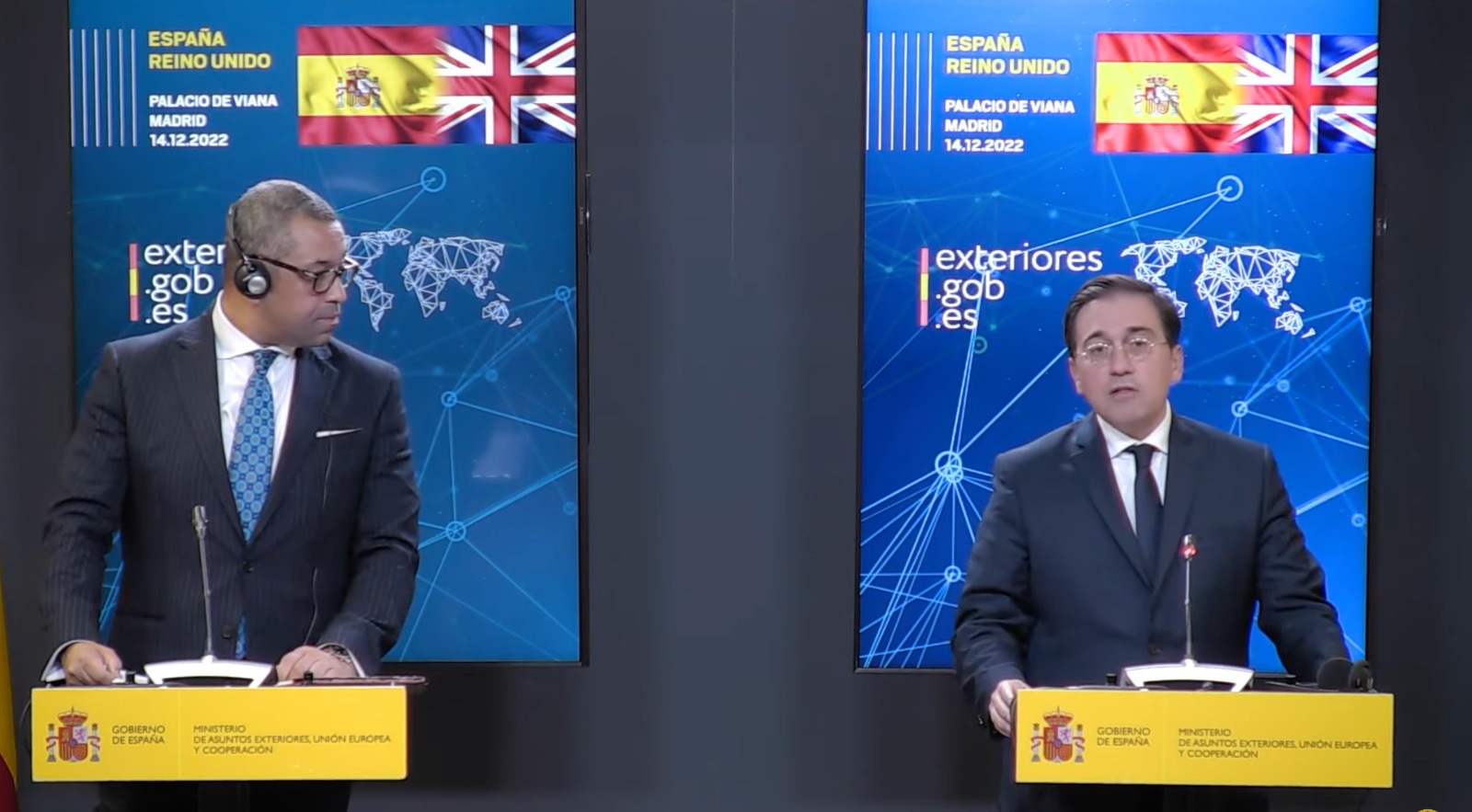 But the two foreign ministers, and Mr Picardo too, had been at pains to stress the complexity of what is being negotiated, and to underscore the shared willingness to reach a successful conclusion, a position now reinforced too by Mr Šefčovič’s comment on Twitter.

“We are talking about very complex issues that involve different opinions,” Mr Albares said on Wednesday.

“But of course, I would never allow the negotiation to continue if I detected bad faith on the part of the United Kingdom or if there was still no credible progress.”

And he added: “Every time we have met there has been progress and today we are closer right now than at the start of the meeting.”

Mr Cleverly also stressed that “significant progress has been made”, adding “it’s important to state that”.

The Foreign Secretary said the UK would never enter into a deal that compromised Gibraltar’s British sovereignty, but insisted an agreement was possible that would respect each side’s longstanding red lines.

“The fact is there are still elements of it where we still have modest differences,” he said on Wednesday.

“Ultimately, it is always worth holding onto the most important element of this, which is our shared desire to seek resolution.” 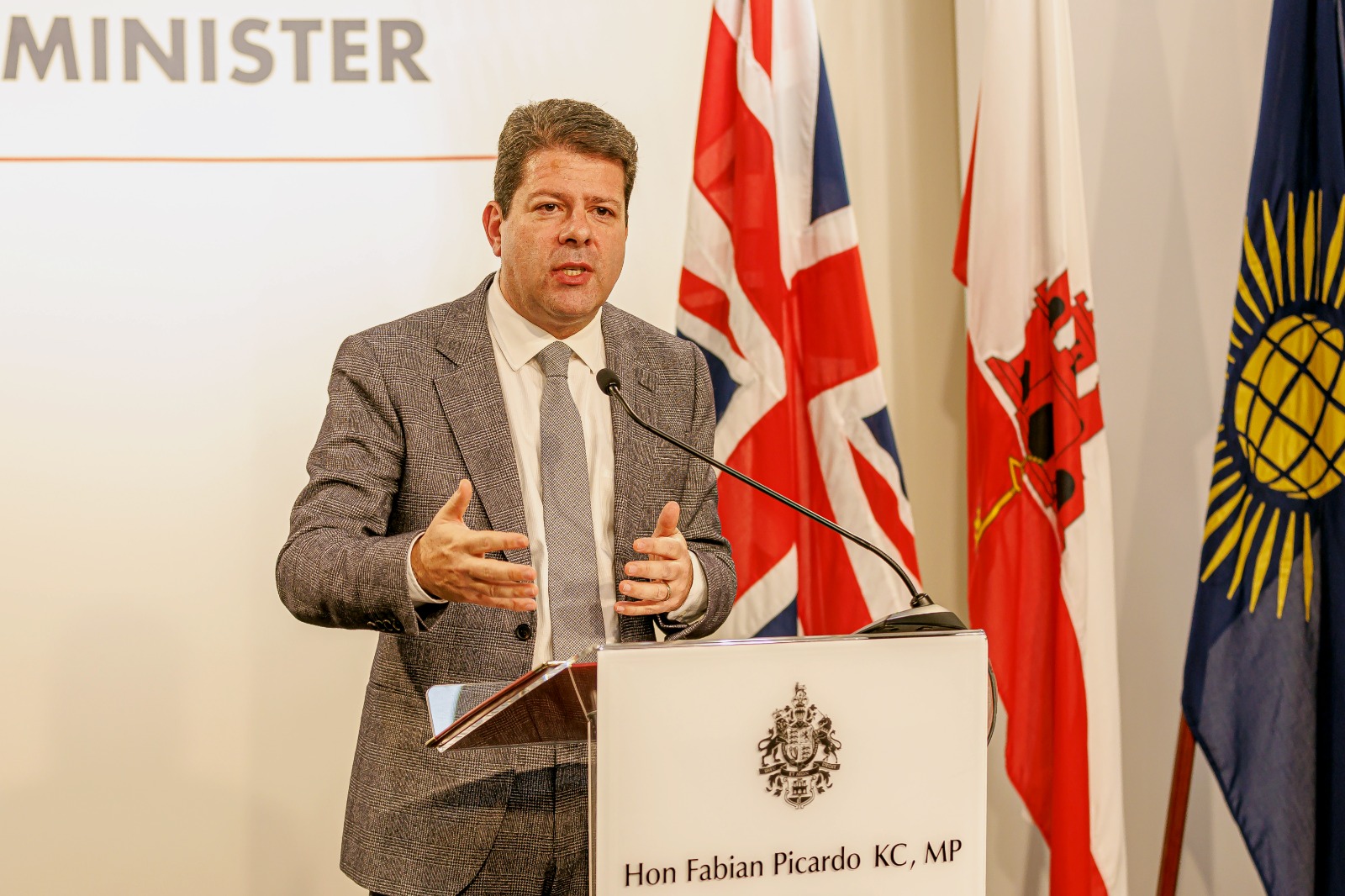 Chief Minister Fabian Picardo said that while there were still areas to be resolved, it would be easy given 300 years of history for the parties to step away from the talks.

Instead, he said, they were still at the table and intent on reaching agreement that could unlock “unprecedented economic growth”.

"Neither the rancour of the past or the nostalgia for the past will take us to the future,” he said on Wednesday.

"This area is already a dynamo [and] it can be a catalyst for even more growth.”

"We can achieve that, but we have to find a way around the final areas of disagreement."

"If this were easy, it would have been done already."

In Brussels on Thursday, the meeting between Mr Cleverly and Mr Šefčovič focused mainly on the Northern Ireland protocol deadlock.

“We are determined to find a solution to the protocol that, above all else, protects the Belfast (Good Friday) Agreement.”

“Our teams continue to meet and I look forward to speaking again soon.”