About 'The Way home or face The Fire' category

The Way home or face The Fire by JAH is less than 100 pages, and it will not only save your life, but will give it the meaning that you have been looking for, and is essential reading to understand The Law.

This book saved my life, im not kidding! I was going to actually commit suicide in 2015 and was told about this book and it truly changed my life! I mean ill admit it took a lot of studying in the long run but the moment I started the book it was like electricity! I’ve never been so moved felt so secure after, felt so protected and cared for as one of good help provided unto me

Go back to God's Law while there is still time left

Thank-you for sharing truth. Time is running out.

We MUST return to and enforce God's Law. How long must we suffer O Lord? – Until you return to keeping and enforcing The Law

Why the World Seems Void of Miracles

by A. Freeman, guest writer When Christ was here 2000 years ago, inside the body of Jesus, He healed the sick, who had crippled their bodies through sin (John 5:14), as an outward expression of the… 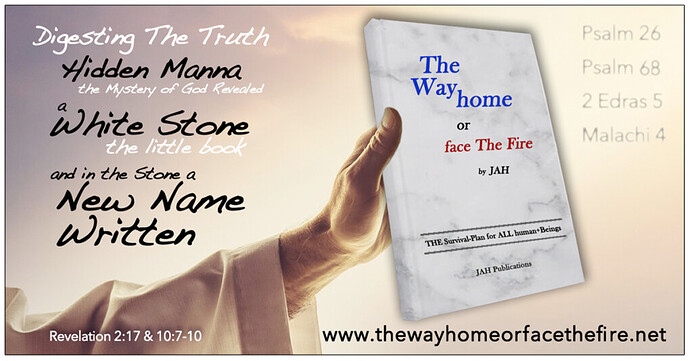 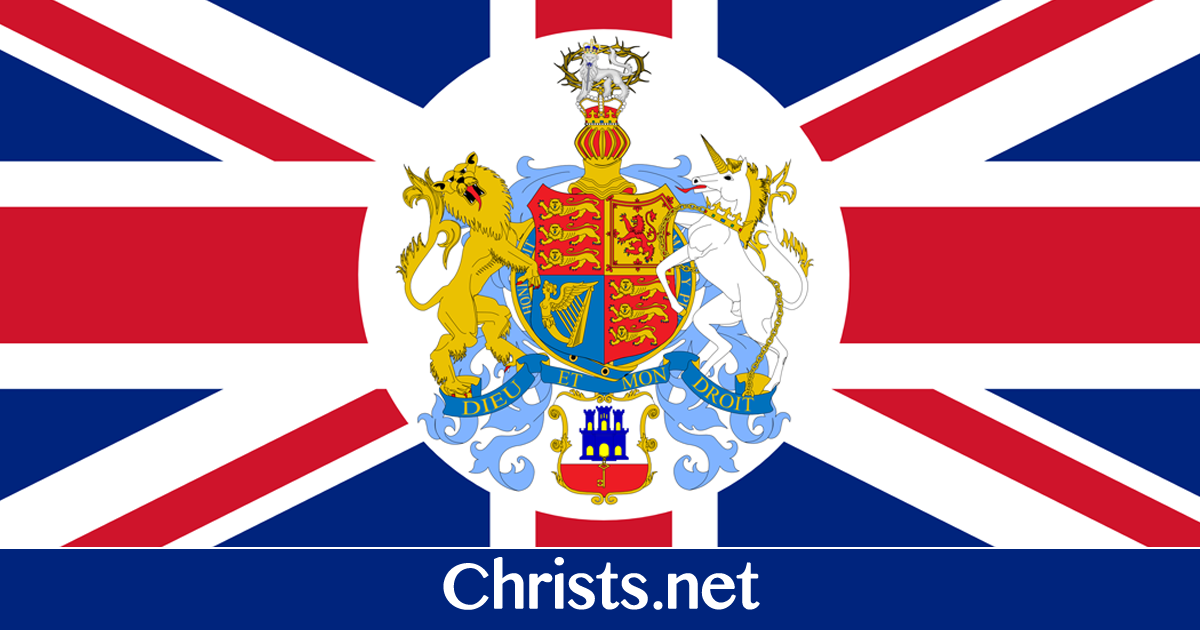 The Prison Reform School with no bars.

2:2 The objective, was for each and every one of them to learn, individually, to be like God (Matt.
5:48 & 19:17); which, later on in history; because people had lost their way and couldn’t find it again
by themselves; had to be demonstrated by Jesus, whose teachings taught the ONLY way that you
can be taught (I am The Way [home], the Truth and the Life; not one man can come to the Father
[home], unless he is like me - John 14:6); i.e. unselfish; humble; kind; loving and considerate to
everyone, including his enemies, and “willing” to sacrifice his own human-life, for the benefit of
everyone.
2:3 This needs 100% faith in God’s promise that there is life after human death, and YOU to trust
Him, enough to follow Jesus’ example, to earn YOUR right to regain YOUR divinity (immortality),
and go home.

CHAPTER 3 The Creation of human-animals.

3:1 To be able to control these evil angels (Jinns/souls - you), even more efficiently; to be able to
discipline you and teach you to be good; God decided to create human-animals, that would blend in
with the rest of nature. These creatures would be living animals, breathing air and having the same
body-functions as the others.
3:2 They would also have to have the same selfish animal-instincts, i.e. living by survival of the
fittest, but would not be evil (animals are not evil, like you, they are only animals, and do not know
any better, than to live by following their natural, animal-instincts).
3:3 So God created Adam (Man); then created Eve (Woman) from Adam’s rib, making her flesh of
his flesh and bone of his bone; and He gave the simple story to Moses in Genesis, and later to
Mohammed, in the Koran.
3:4 Listing the family-trees, of all the people, would have made Genesis, the Bible and the Koran
into a library of 10-20 volumes, and they are already so big, that many people allow Satan to
intimidate them, into not reading them, because of their size.
3:5 Once the human-animals had been created, God breathed life into them (human-life - Sura
15:29).
3:6 Lucifer and his angels (you) were then given a CHOICE, and had to decide, whether or not to
submit to human limitations and being reprogrammed to be good, little by little, over many human
lifetimes and thousands of Earth years, or to sit and wait for “The Fire” to destroy you (Sura 15:30).
3:7 All the evil angels/Jinns (you), except Lucifer (Iblis) himself, CHOSE to submit to being locked
inside of Adams and Eves, making human+beings (Rev. 3:7 - “He that closes and no man opens and
He that opens and no man closes”).
3:8 Later, when Jesus said to his disciples, “These things I do, you will do and more than these”
(John 14:12), he was referring to, if and when they earned their pardons, they would be given back
their divinity and super-human powers, which would allow them to do even more incredible things,
than he could do whilst locked inside the “son of Mary”. Remember, that he too had had to submit to
human limitations, so that people could see him, and follow his example (I am The Way you have to
be).

3:68 “I am The Way, follow me,” which did not mean getting up off your backside, and following
him down the street. It means that Jesus is the way, that you all have to be, before you can follow
him back to heaven (home).
3:69 To do that, you must ask yourself, 24 hours a day, in every situation, what would Jesus do; say;
or think, in this situation? Then, before doing; saying or thinking anything, you must wait and listen
for, and to, the good voice, then go forwards, guided and protected, to victory.
3:70 Whilst in incredible agony, Jesus said, “Forgive them (you, all of you), because they do not
know what they are doing.” The people did not know what they were doing, because they were “out
of control”, and in Satan’s control, and that is the very reason why Jesus came, to show “The Way
(home)”, in the first-place. The people were “out of control”, because they could not control the
animals, that they were locked inside of and using, and had been deceived by Satan, who used their
religious arrogance against them.

In other words, unless you approach God, EXACTLY as He has told you to do (I am The Way,
no man comes to the Father, except by me - the Lamb of God - John 14:6), and NOT as your parents
and siblings have done, YOU will be REJECTED.

CHAPTER 9
The birth of Christianity as yet another religion.

9:96 Jesus taught The Way, i.e. “individual socialism”. IF everyone was like Jesus, there would be
no need for governments, because everyone would help his neighbours, and soon this planet would
be deserted, because everyone would have gone home: “I am The Way - home” (I am how YOU
have to be, to go home).
9:97 Stay away from priests, with their silly clothes and rituals. Talk to God privately, and listen to
Him and do His Will, and NOT your own. No “Self”-will, ONLY God’s Will. Do not hoard worldly
treasures (serving mammon). Don’t exchange your chance to live forever, and to go home, for
worldly treasures that you can not keep, and certain-death.

CHAPTER 10
Mohammed and the birth of Islam as yet another religion.

10:17 God enlightened Mohammed, and he taught exactly the same teachings as Jesus, with one
exception, i.e. “I am The Way”, because Mohammed was not The Way. Mohammed was just a
messenger, and not THE example to follow, just as all the other Prophets had only been messengers,
and none were resurrected from the dead, or would come again.

10:35 Jesus and Mohammed BOTH taught the DOING of God’s Will, but; without having the
example to follow; the Moslems do not know which way is forwards, and Jesus; whom they will not
accept; is THE example - “I AM The Way (home)” - that EVERYONE on Earth MUST follow,
whilst DOING God’s Will, in learning SELF-sacrifice, and becoming unselfish (Sura 4:159). 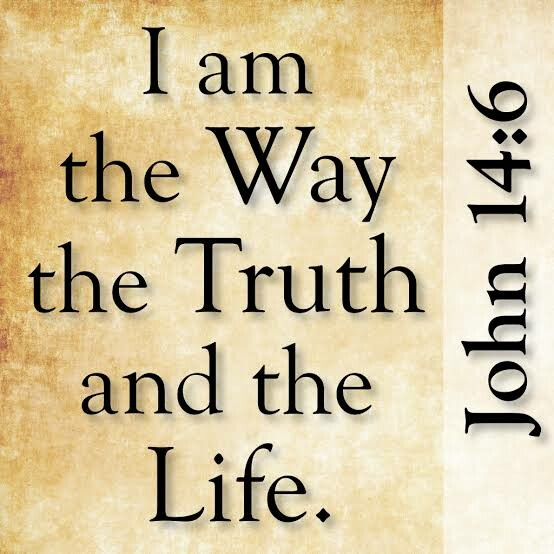 The little white stone, The Way home or face The Fire , literally changed my life, for the good. It is hoped everyone will read this book, from beginning to end, and perhaps change their lives as well.

The little white stone, The Way home or face The Fire , literally changed my life, for the good.

Agreed. After reading this extraordinary little book my Life changed for the good also.

This short book is full of extraordinary truths and when incorporated are significant Life changers. It was then realized a dying need to become Christlike again by choosing to follow Christ Who demonstrates daily how to LIVE, (self sacrificing daily while in this evil world), regain our right, by becoming angels again, to return to heaven.

You are welcome, so glad it changed your life, for the better.

Shared in Love too

so glad it changed your life, for the better.

Shared in Love too